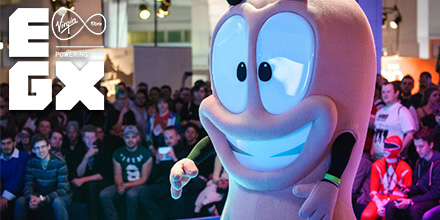 Team17 is heading to EGX! World’s first hands-on with Worms W.M.D. for Nintendo Switch and more!

UK Team17 fans, your time has come to try out a boatload of our latest games, at EGX 2017, taking place from the 21st to the 24th of September in Birmingham.

We have a number of games playable for the first time ever in the UK, including a supreme selection of titles on Nintendo Switch!

Check out the full line-up:

Come to the Team17 stand and not only can you try all of these games, but you can also take part in a couple of contests. Co-operate like a champ in Overcooked: Special Edition and your team of top chefs could win a brand new Overcooked shirt, designed by the good people at Insert Coin Clothing. Escapists fans will also have a chance to take home limited edition keyrings and pin badges. Just head to the Team17 stand and speak to a member of staff for details.

Throughout the show, Team17 will also appear on stage on a couple of other stands, showing off more of our games. If you head to the Twitch stand then you’ll be able to watch demonstrations of some of our latest games, while over on the Nintendo stand we’ll be hosting on-stage contests with more prizes up for grabs. Check out the full schedule below…

In addition to hands-on opportunities, stage demonstrations and contests, we will also have the one and only Worms star Boggy B. in attendance. So be sure to keep an eye out for him and maybe he’ll worm his way into your selfies!