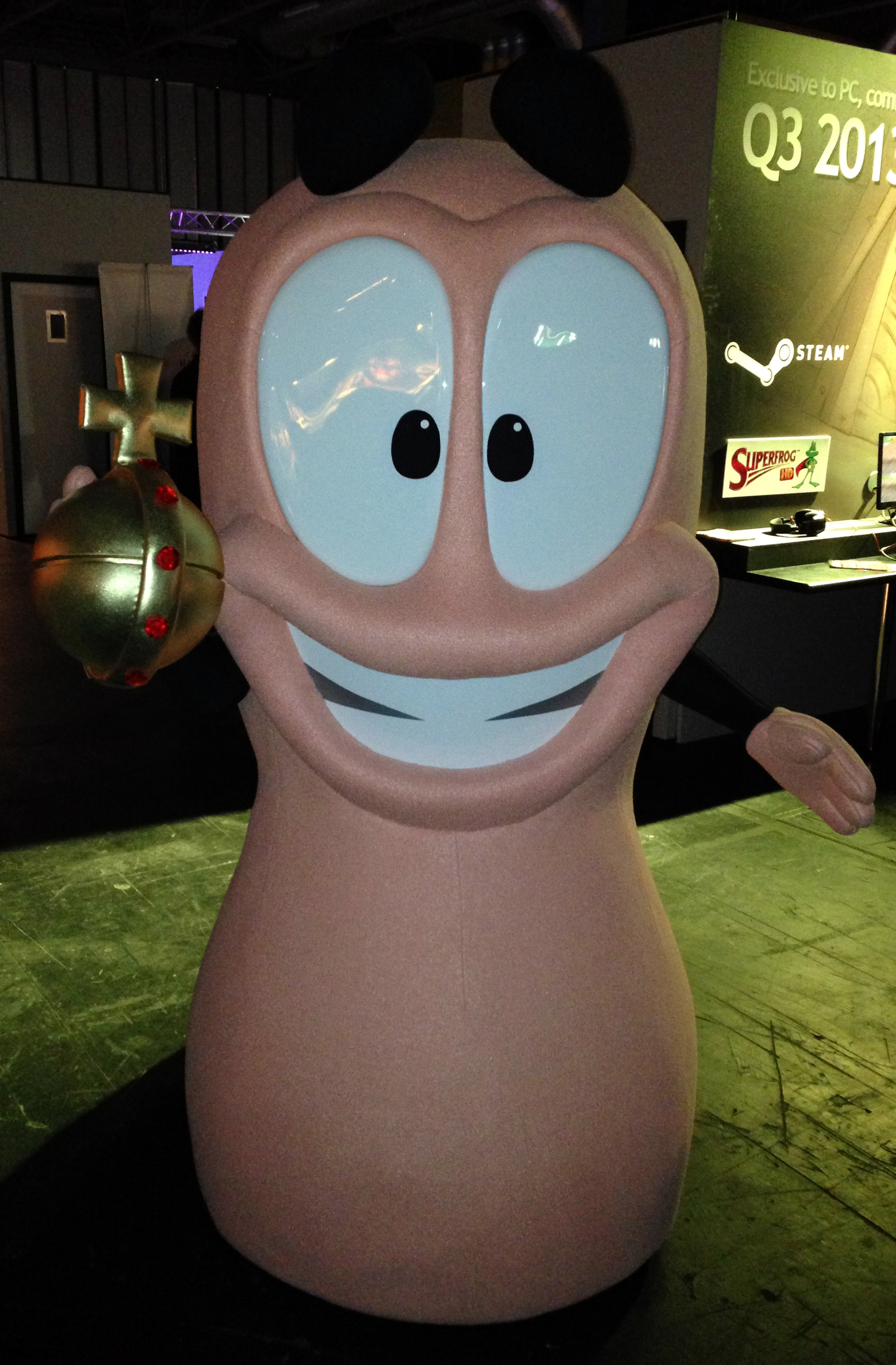 Boggy B takes on Eurogamer Expo!

Everyone’s favourite annelid, none other than Boggy B himself of course, will be attending the Eurogamer Expo this year!

To celebrate his attendance we’re running a boggy brilliant competition! To enter simply grab our invertebrate for a picture and then tweet us your photos with Boggy B to @Team17Ltd along with the hashtag #WormsEGX to be in with the chance to win!

So, if you see Boggy B causing havoc in the Eurogamer halls at Earls Court during the 26th – 29th September be sure to grab him for a picture!

Just in case you’re struggling to imagine what a six foot worm looks like, here’s a picture of our Boggy B at this year’s Rezzed show, so you know what to keep an eye out for!

Worms 3 updated
Play Against the Devs!