Team17 to join the W.A.S.D party with a huge line-up of games 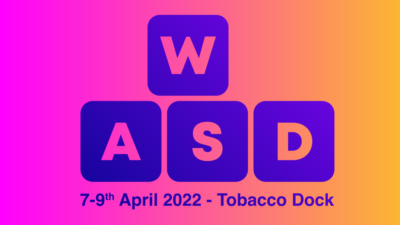 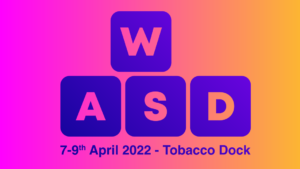 Team17 are going to W.A.S.D in with nine playable games, including two newly announced games making their public hands-on debuts!

Marauders is a tactical first-person multiplayer looter shooter set in a sci-fi universe. As a space pirate, work solo, or in a squad of up to 3 other players to navigate a hostile battleground, hunt for loot, craft new weapons and gear, and salvage what you’ll need to survive.

We’ll have eight PCs set up, ready for you to take on other space pirates as you raid their ships, loot the best gear and escape in the first ever public hands-on opportunity for the game!

Ship of Fools is a seafaring cooperative roguelite. Set sail, man the cannons and battle sea monsters through the tempestuous seas of the Archipelago. Are you fool enough to stop the Aquapocalypse?

This is the first ever public hands-on for Ship of Fools – you’d be a fool to miss it!

Age of Darkness: Final Stand, a dark fantasy survival RTS developed by PlaySide Studios. Illuminate, build and defend humanity’s last bastion against hordes of Nightmares. Set in the remnants of a kingdom consumed by a deadly fog, you decide. Will you hide in the light? Or take back your world.

Next up is hack & slash ARPG Batora: Lost Haven by Stormind Games. The game combines the features of a hack & slash and a twin-stick shooter in a nonlinear interplanetary story-driven action RPG. Jump on a journey across colourful and mesmerising planets in this fast-paced adventure where your conscience will carry the weight of your decisions.

The Serpent Rogue, developed by Sengi Games, is an action-adventure game set in a medieval fantasy world. Playing as a mysterious alchemist known only as The Warden, you will craft, brew, boil & concoct potions all in your stead to protect the realm from the dreadful Serpent Rogue!

The Unliving by RocketBrush Studio is a roguelite, fantasy RPG where players step into the shoes of a fearsome necromancer who smites and resurrects their enemies and turns them into weapons. Raise the undead, use numerous spells and explore a mystical world, all realised with darkly extravagant pixel-art.

Honey, I Joined a Cult from Sole Survivor Games is a resource management game that places you in charge of your own cult. Work towards the ultimate goal of enlightenment, faith and money…lots and lots of money. Create, customise, expand and manage your own cult while listening to funky music.

Thymesia is a gruelling action-RPG with fast-paced combat and an intricate plague weapon system, developed by OverBorder Studio. In a kingdom where death spreads, play as a mysterious character known by the code name “Corvus”. Prey upon your enemies, wield the power of disease and find the truth in your own memories.

Golf With Your Friends, the fast-paced multiplayer miniature golf game by Blacklight Interactive, rounds off Team17’s impressive list of titles. Go head-to-head on courses with unique mechanics and holes. Become a pro in the pirate course, aim for an albatross in the ancient theme or wage all out Worm warfare in the Worms course!

Plenty of new and recently released games for you to experience, including the two we are still yet to announce, so come join us at W.A.S.D and play all these wonderful games with us!

We look forward to seeing you there.