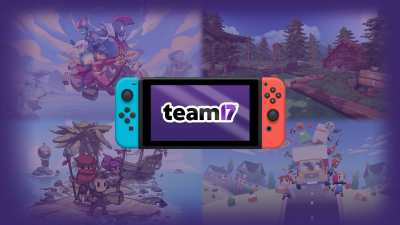 It’s the third anniversary of Nintendo Switch! Here’s a look at what games we’ve got launching this year and what’s already available!

Moving Out is a 1-4 player physics-based moving simulator that brings a whole new meaning to ‘couch co-op’! Team up with your moving buddies on Nintendo Switch on April 28th.

A living world full of surprises, secrets and danger awaits in The Survivalists, an adventure-filled survival sandbox set in The Escapists universe. Explore, build, craft and even train monkeys with up to three friends in a desperate bid to survive. Have you got what it takes to be a Survivalist?

In Ageless, you play as protagonist Kiara, who has been bestowed the ability to control the age of animals and plant-life. Thrown into a world filled with wonder and heartache, you’ll use this ability to traverse through a puzzle-platforming world and combat the merciless bosses that stand in your way. Ageless will be coming to Nintendo Switch later this year.

Why have friends if not to play Golf… With Your Friends! Nothing is out of bounds as you take on nine courses filled with fast-paced, exciting, simultaneous mini golf for up to 12 players! The Par-Tee doesn’t stop there, players can expect additional courses and content throughout early access!

But, that’s not all! We also have a few other games coming to Nintendo Switch later this year, join our Discord, sign up to our newsletter or follow our social channels to keep up to date!