The Onion Kingdom is in peril again and this time it is the fault of the Onion King himself! Reading aloud from the fabled Necronomnomicon, he has cooked up a real problem in the form of a doughy but dangerous army of UNDEAD BREAD called…The Unbread! The Onion King needs you, so chop, fry and bake your way through an all new series of crazy kitchens to defeat them and save the kingdom.

Overcooked 2 is a chaotic co-op cooking game for 1-4 players in which you must serve a variety of recipes including sushi, pasta, cakes, burgers and burritos to hungry customers in a series of unconventional kitchens. Whether it be a hot air balloon, a magical Wizard’s school or even another planet, you’ll have to be bready for anything. Work solo or with up to three friends to prep orders while overcoming obstacles such as fire, collapsing floors, overbearing waiters and of course, the classic kitchen problem of floating work surfaces.

Kevin’s Christmas Cracker
This FREE festive update is now available across all platforms and includes:

Sun’s Out, Buns Out update

Get the party started with this hot free seasonal update!

SEASON PASS AVAILABLE NOW!
Includes Campfire Cook Off, Night of the Hangry Horde and Carnival of Chaos!
Available on Nintendo Switch, PlayStation 4, Xbox One and PC for £14.99/€16.99/$19.99. 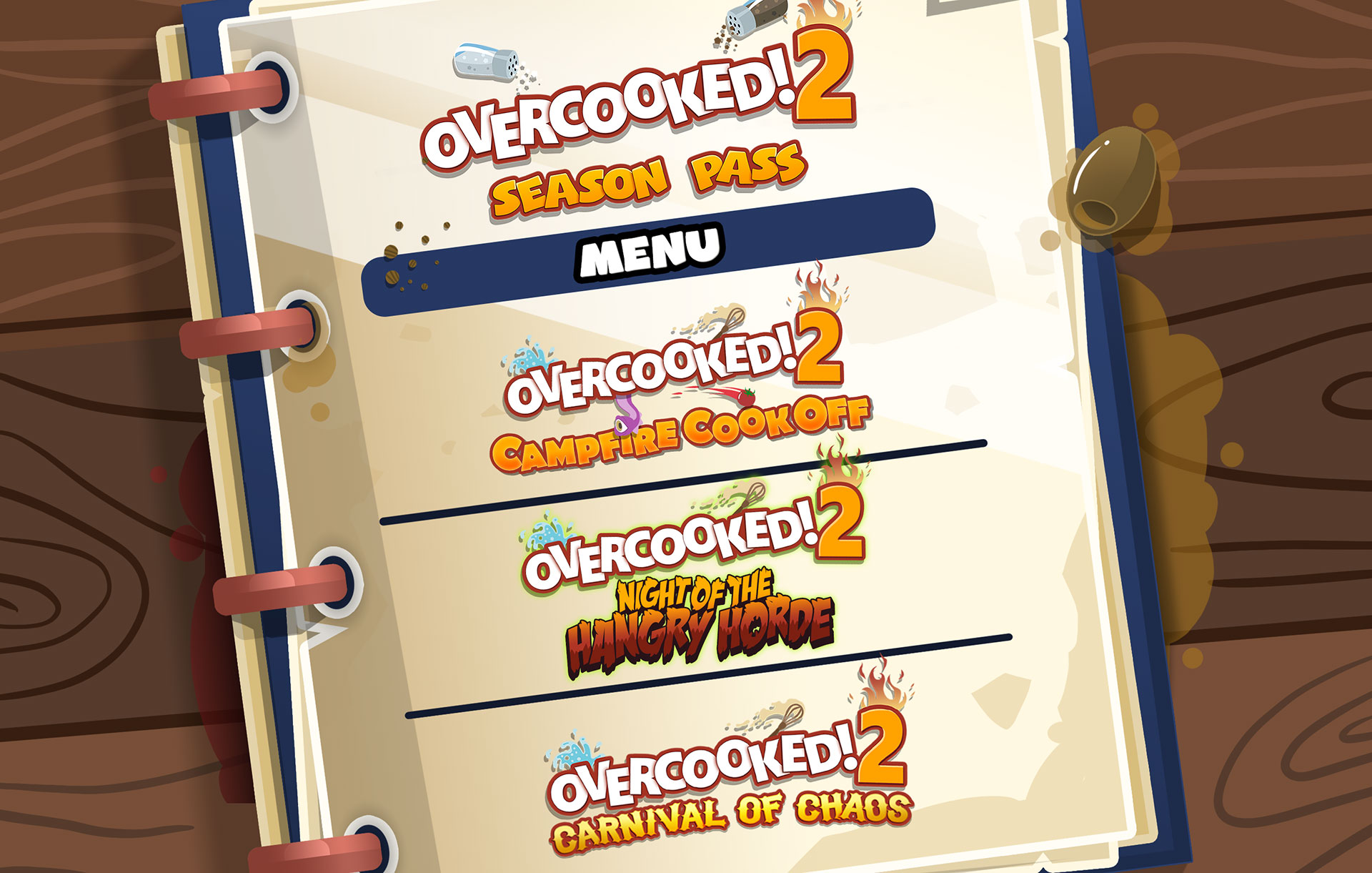 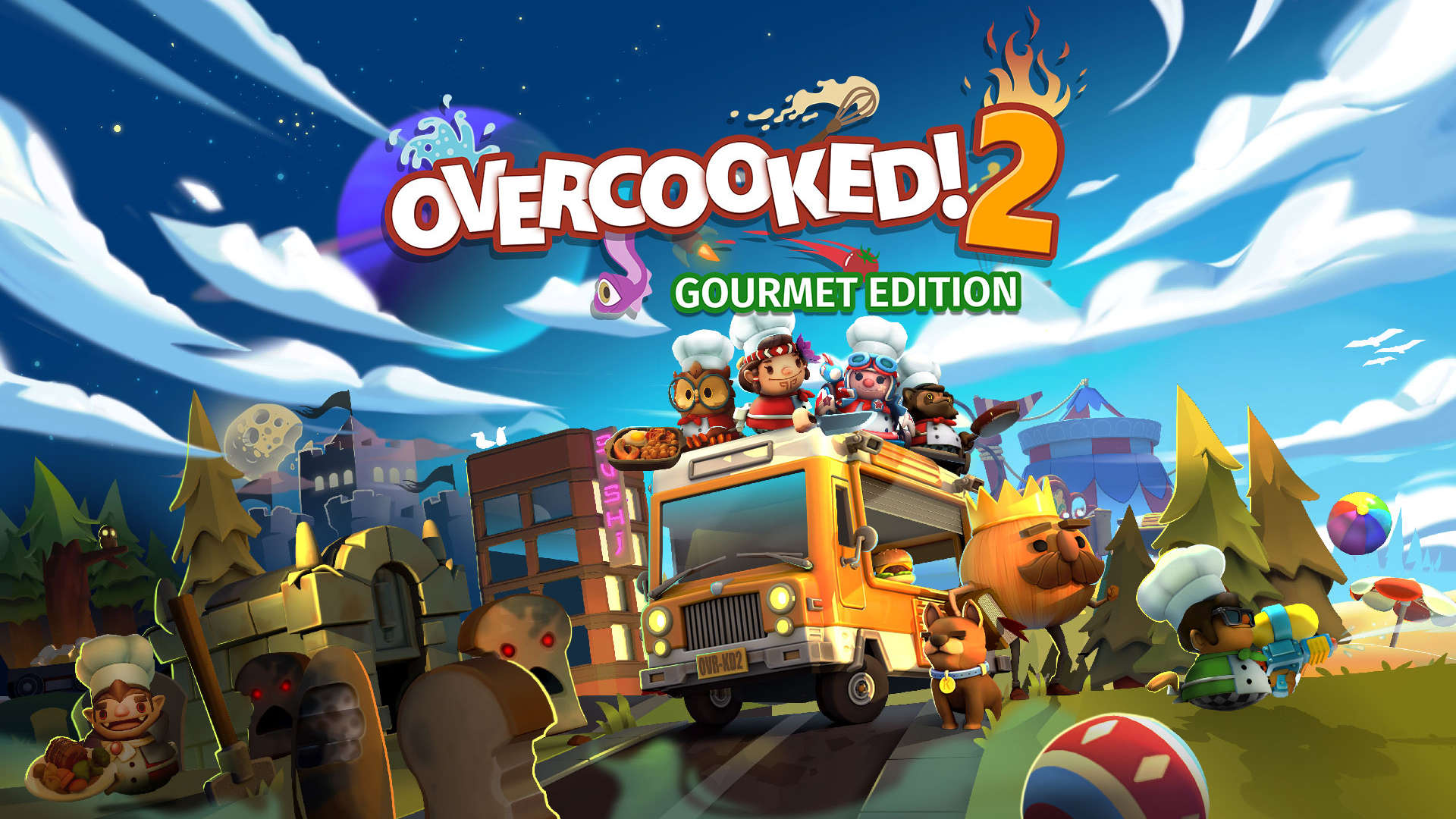 Available digitally on Nintendo Switch, PlayStation 4 and Xbox One, this version includes…

Overcooked! 2 and every piece of previously-released DLC – Surf ‘n’ Turf, Campfire Cook Off, Night of the Hangry Horde and Carnival of Chaos.

58 chefs ready to cook up a storm, including those featured in the Too Many Cooks pack.

Dozens of kitchens – the base game and DLC will take you on a journey through 130 weird and wonderful kitchens!

An appetising menu of recipes – Serve a delicious selection of 26 recipes.

Co-op multiplayer – Aim for those high scores with up to four players in both local and online co-op.

Overcooked! 2: Gourmet Edition will be coming to PC on April 16th!

Night of the Hangry Horde