My Time At Portia – PlayStation 4, Xbox One and Nintendo Switch Update! 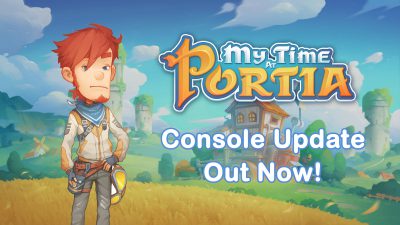 We’re pleased to announce that a new update for My Time At Portia is available now on PlayStation 4, Xbox One and Nintendo Switch!

You can read the full list of patch notes below!