Vote for Overcooked! 2 & Yoku’s Island Express at The Game Awards! 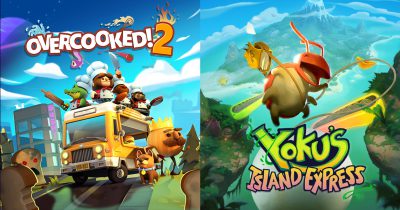 One of the biggest events in the gaming calendar, The Game Awards, is fast approaching and we’re extremely proud to see that not just one but TWO Team17 releases have been nominated for awards this year!

First up, chaotic co-op cooking game Overcooked! 2 has been nominated for Best Family Game, while pinball-Metroidvania Yoku’s Island Express is up for Best Debut Indie Game!

It means so much to the hard-working people at the Team17 studio, as well as our Games Label partners at Ghost Town Games and Villa Gorilla to be recognised in these categories, but we’d be over the moon if they won. Maybe we’re biased, but we think they deserve it!

How you can help!

The Game Awards winners are decided by a mix of independent judges and fan votes, and in the case of Best Debut Indie Game – in which Yoku’s Island Express is running – the category is 100% decided by fans.

We want to spread the word about these two great games and encourage more people to play them, and we can’t do it without you! So if you’ve played either of these gems and would like to help out then please head to The Game Awards website and cast your vote!

Please note that it is possible to vote once per 24 hours (if you’re feeling super passionate about the awards) and doing so will increase the chances that your game of choice wins. So too will taking advantage of the option to share your choice to social media when prompted to do so.

If you haven’t played Yoku’s Island Express and would like to try it before voting, there’s a free demo available on Steam, Nintendo Switch, PlayStation 4 and Xbox One. Why not give it a whirl and find out what all the fuss is about…

Thank you all for reading (and hopefully voting). We’ll see you all at The Game Awards on December 6th!