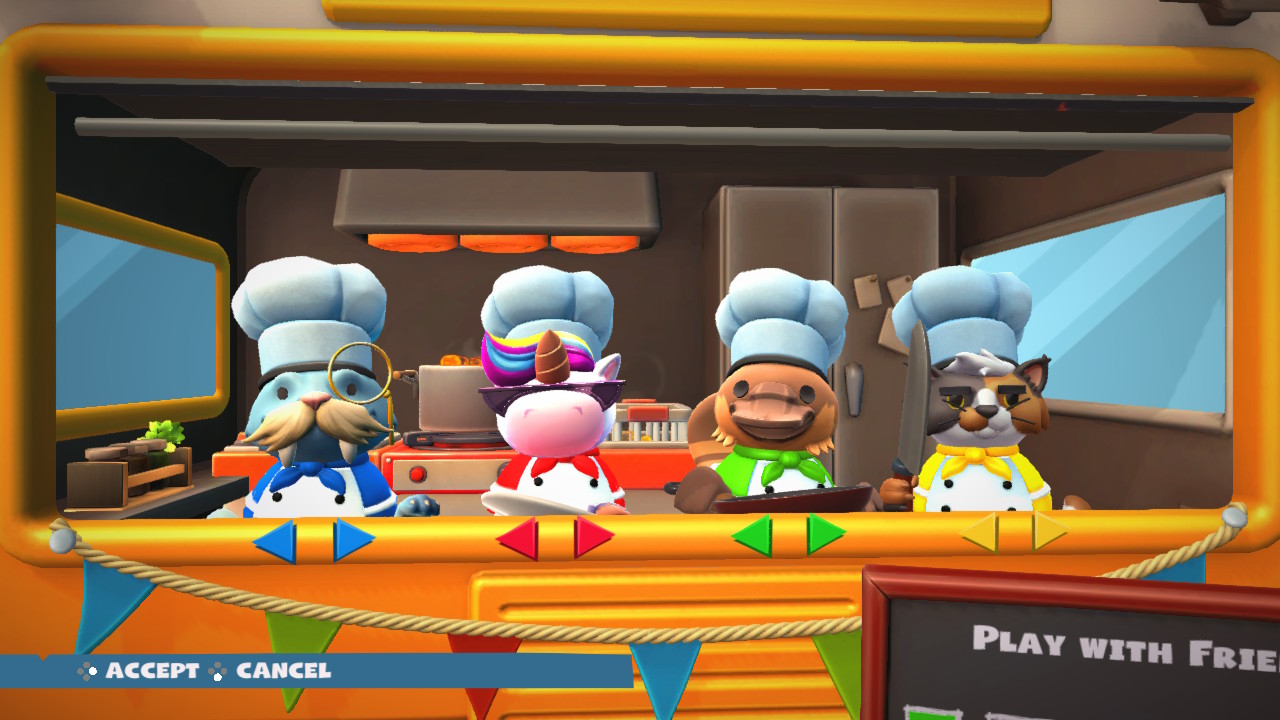 Are you looking for more info on Overcooked! 2? Then you’re in the right place. We’ve compiled this list of frequently asked questions just for you!

Which platforms is Overcooked! 2 available on?
You can play Overcooked! 2 on Steam (PC, Mac, Linux), Xbox One, PlayStation 4 and Nintendo Switch.

What new features are there in the sequel?
Overcooked! 2 features online multiplayer, as well as brand new dynamic kitchens, new recipes, new chefs, and the ability to throw food across kitchens! (The test of a true 3-Star chef!)

How many recipes are there?
There are 9 main recipes each with multiple variations, as well as 3 new seasonal recipes included in the Kevin’s Christmas Cracker update!

Is my favourite Overcooked chef in the sequel?
Yes! We’ve brought back some familiar Overcooked faces, including fan-favourite Raccoon Chef!

What exactly are “dynamic kitchens”?
‘Dynamic’ kitchens are kitchens that can change on the fly. Be prepared for changes in environment, kitchen layout, and other interferences as you cook your way through the Onion Kingdom!

What is New Game+?
Overcooked! 2 features New Game+ which adds a fourth star to the score system. This is an extra challenge for our seasoned chefs who have have achieved 3 stars on all kitchens in the game.

With up to three local players sharing a console or computer it is then possible to also play with other players online. On Nintendo Switch, when two or three players are in the game locally, online friends can search for and join their game. On Steam, PS4 and Xbox other players can join a game online through matchmaking.

PC/Mac/Linux players can split the keyboard between two people when playing locally. All players will need their own controller or keyboard to join the game when playing online.

Can I team up with random players, or do I need to add people to my friends list?
You can use the in-game lobby/matchmaking system to find other players in the Arcade and Versus modes. For the story/campaign mode – you will need to invite players from your friends list to play together.

Does Overcooked! 2 support in-game chat?
You’ll be able to communicate with team mates via in-game chat on Xbox One and PlayStation 4. Players on Steam and Nintendo Switch will need to use a third-party chat service, such as Steam voice chat, Skype or Discord.

You can join the official Team17 Discord, and meet other Overcooked! players, here: discord.gg/team17

Does Overcooked! 2 have multiple save slots?
Yes, there are three save slots on all platforms.

What resolution does the game play at?
On Nintendo Switch in docked mode, Overcooked! 2 runs at 1080p and in handheld mode it runs at 720p. On PlayStation 4 and Xbox One, the game runs at 1080p. On PC, the game supports up to 4K resolution.

I missed out on the pre-order bonus, can I buy the ‘Too Many Cooks’ pack separately?
Yes! There is no need to worry if you were unable to pre-order Overcooked! 2, you can purchase the ‘Too Many Cooks’ pack separately. This DLC pack contains five extra chefs to represent you in the kitchen: Walrus, Monkey, Alien, Calico Cat, and Unicorn! Nintendo Switch players can also purchase an exclusive bonus chef: Platypus!

Why is the Platypus Chef a Nintendo Switch exclusive and will I be able to purchase/download it on other platforms?
The response to Overcooked from Nintendo Switch players has been phenomenal, and we have our dedicated fans all over the world to thank for that!

Nintendo has been a great champion of Overcooked in all regions and worked with us closely on our announcement for Overcooked! 2 at E3 2018 so we thought this would be a great bonus for our passionate Nintendo playerbase.

There are currently no plans to bring the Platypus chef to other platforms.

Are there any plans for DLC?
Yes. Surf ‘n’ Turf, Campfire Cook Off and Night of the Hangry Horde are available now.

We’ve also released a Season Pass for Overcooked! 2. This is priced at £14.99/€16.99/$19.99 on all platforms and will give access to Campfire Cook Off, Night of the Hangry Horde and one more DLC that will be released later this year!

Keep an eye on our social channels for the latest news on Overcooked! 2 and DLC. 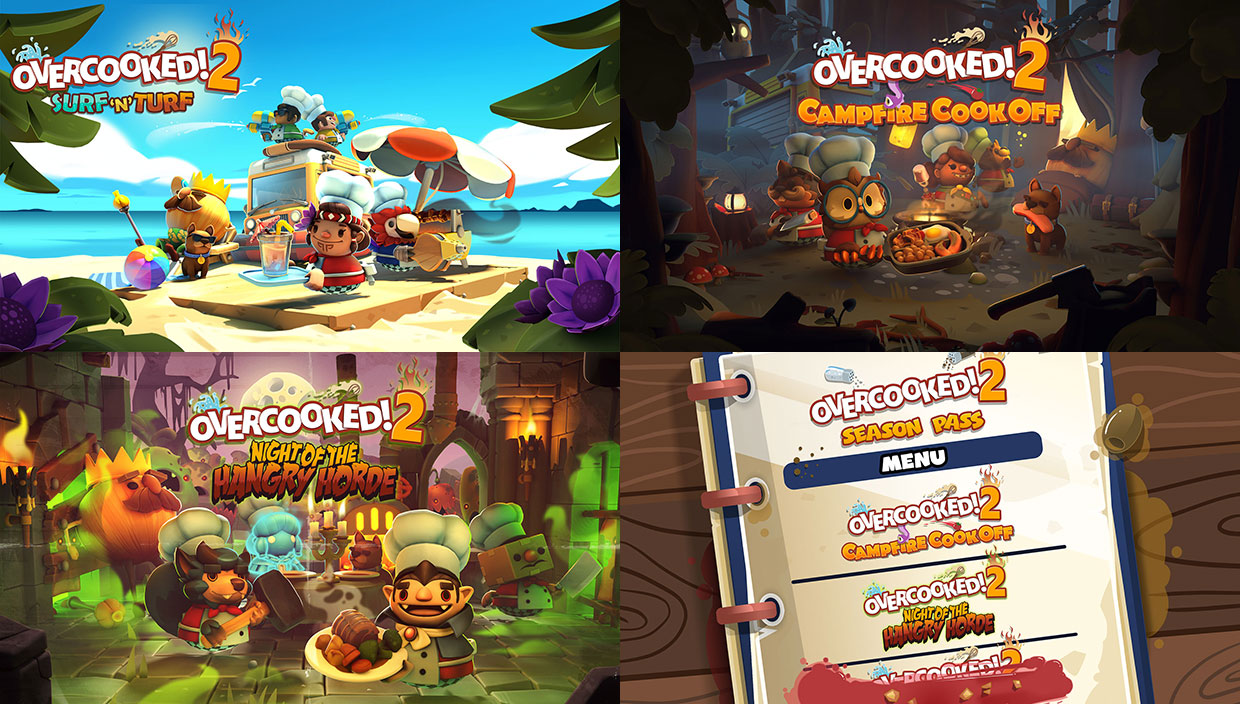 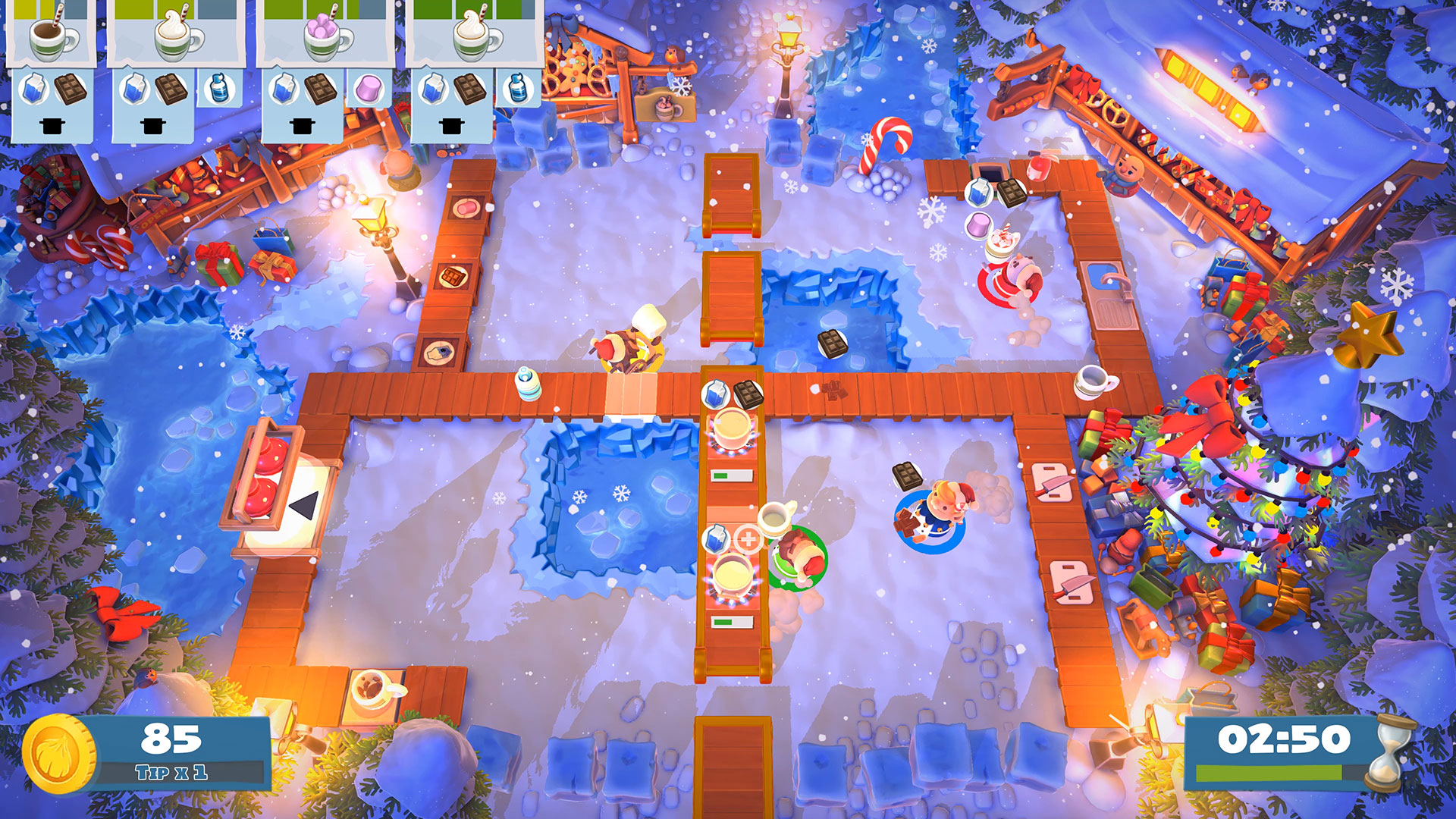 What is Winter Wonderland?

What is the Spring Festival update? 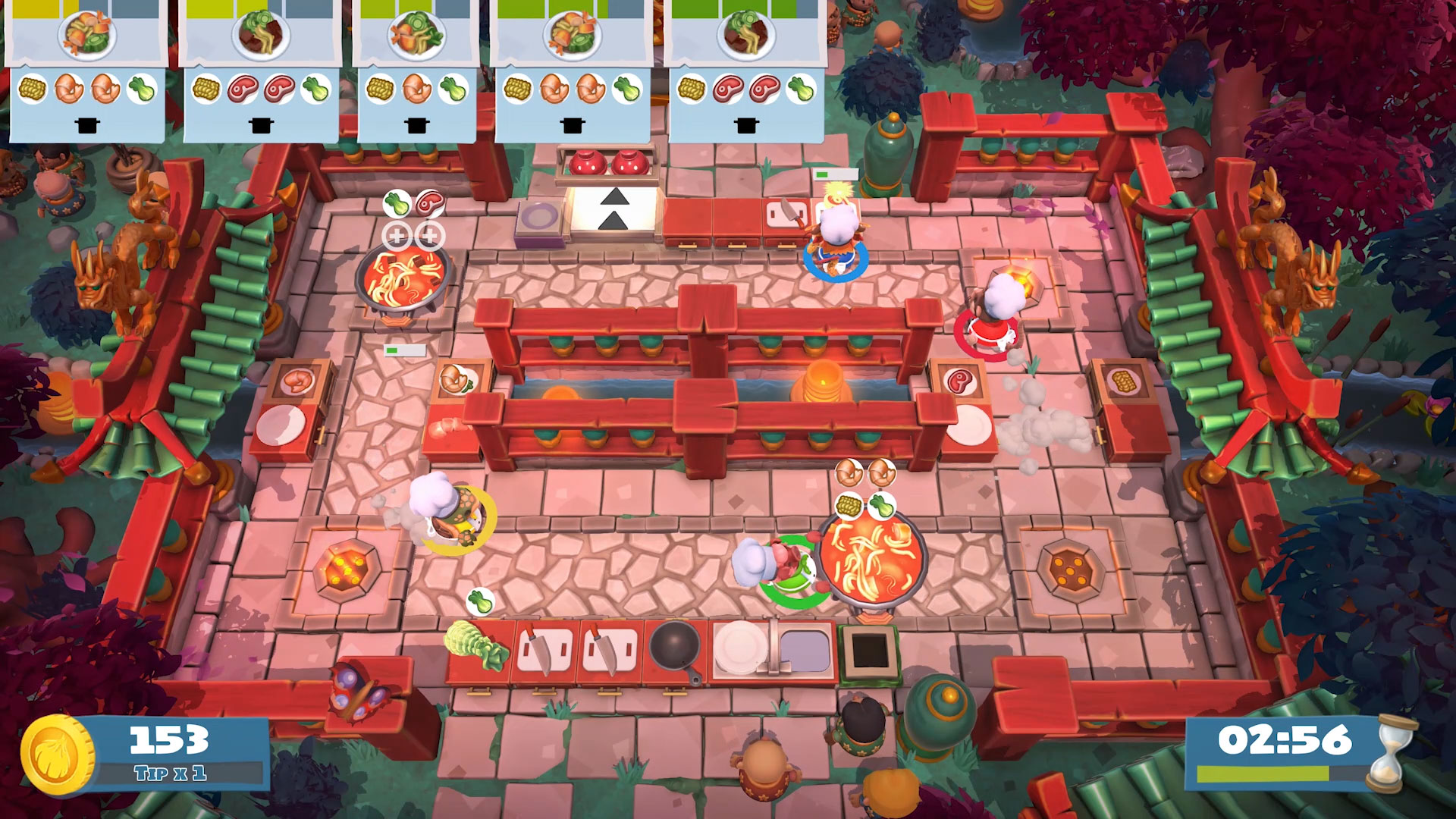 What languages is Overcooked! 2 available in?
We support a wide number of languages, dependant on platform. Please see the chart below for full details.

Don’t see your question here? You can talk to us, and other players here: