Neon Abyss 1.2 Is Now Available on All Platforms! 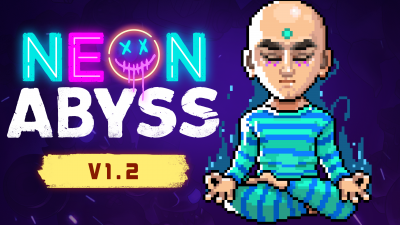 Take a peak at some of the major additions: 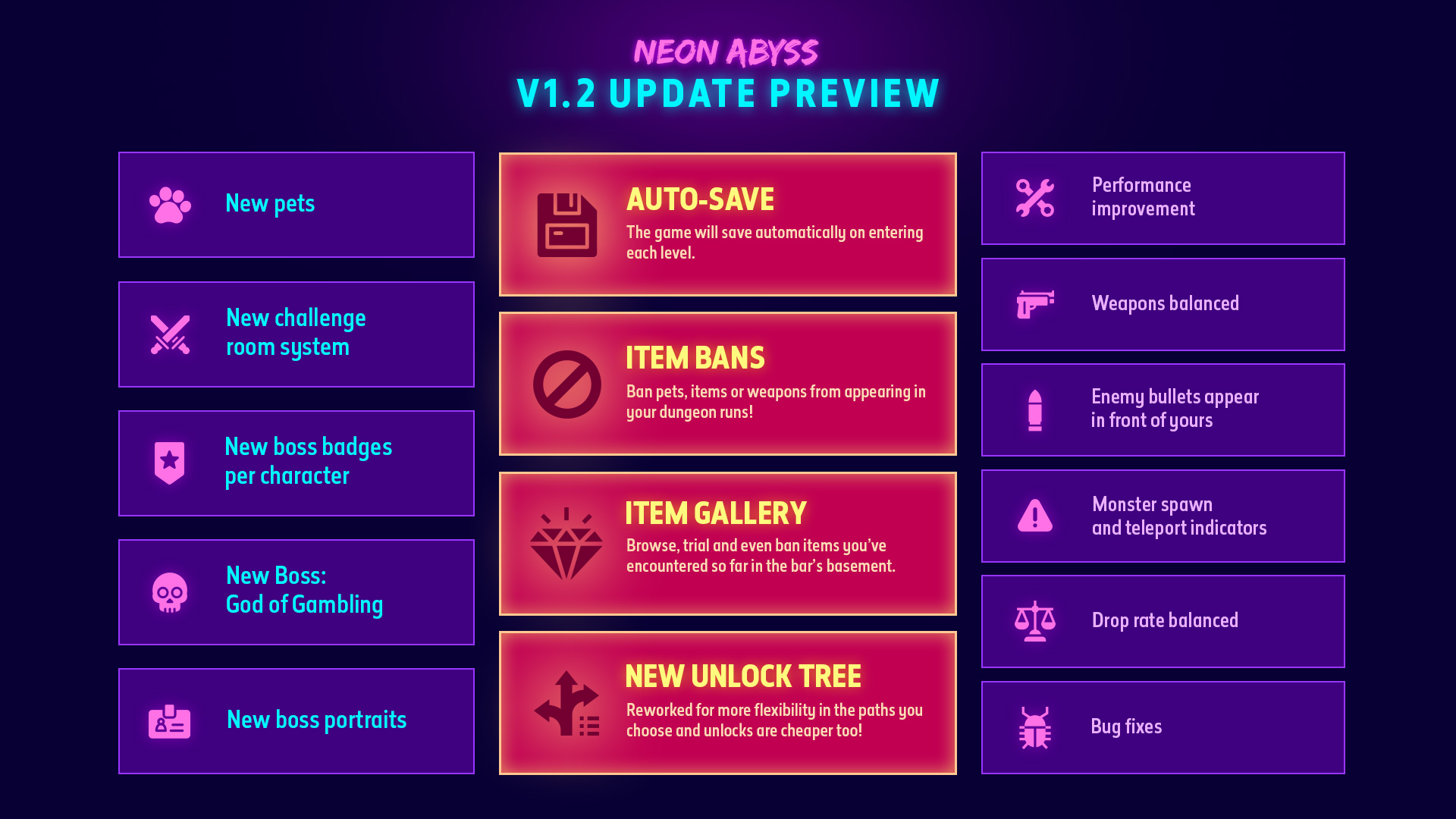 We’re excited for everyone to dive into a lot of these changes for the first time! We also have a content drop on the experimental branch, which is exclusive to the Steam version where there’s future changes and editions you can test for the next patch already.

You can read the full changelist a here: