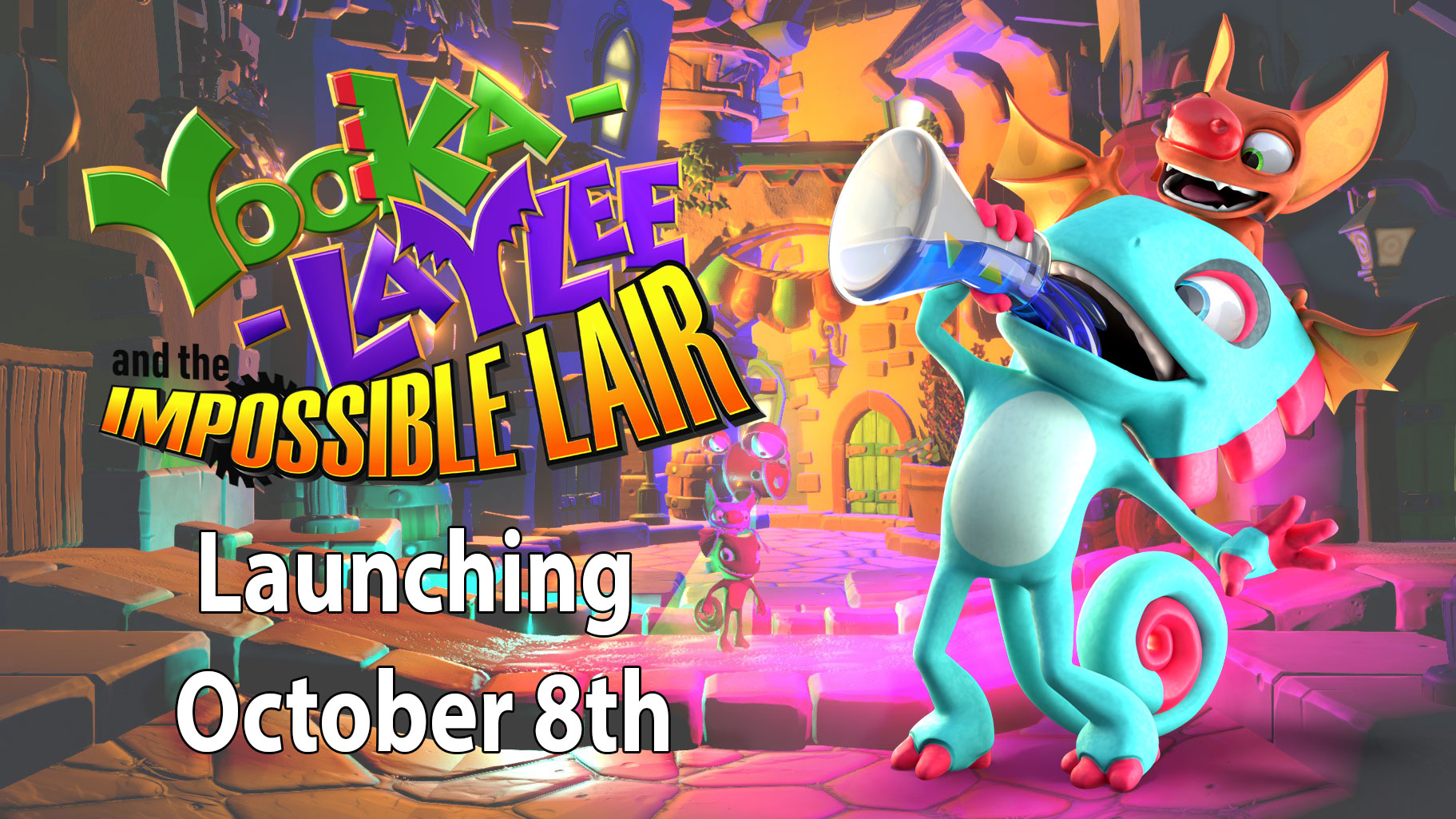 We’re excited to announce that Yooka-Laylee and the Impossible Lair will be coming to Nintendo Switch, PS4, Xbox One and PC on October 8th 2019!

Mix up your gameplay with the return of ‘Tonics’! There are more than 60 game-modifying Tonics in Yooka-Laylee and the Impossible Lair which include infinite rolling, harder enemies, and super speed, as well as unlocking new environmental and visual effects!