Yooka-Laylee and the Impossible Lair – FAQ 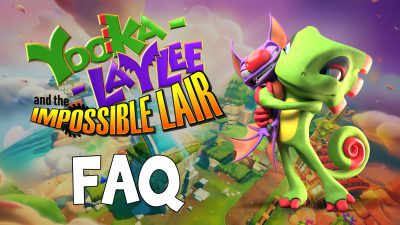 If you’re looking for more information on Yooka-Laylee and the Impossible Lair, then you’ve come to the right place. We’ve put together this list of frequently asked questions just for you!

What is Yooka-Laylee and the Impossible Lair?
Rescue Queen Phoebee’s Royal Beettalion Guard and prepare to take on Capital B’s most dastardly challenge yet in this brand new platforming adventure hybrid!

Yooka and Laylee must combine their abilities to take on a series of challenging and vibrant 2.5D levels, as well as explore and solve puzzles in the beautiful 3D overworld.

When was it released?
Yooka-Laylee and the Impossible Lair released on October 8th 2019.

Which platforms is Yooka-Laylee and the Impossible Lair available on?
The game is available on Nintendo Switch, PlayStation 4, Xbox One, and PC (Steam and GOG).

Please check with your preferred retailer if they will be stocking this. 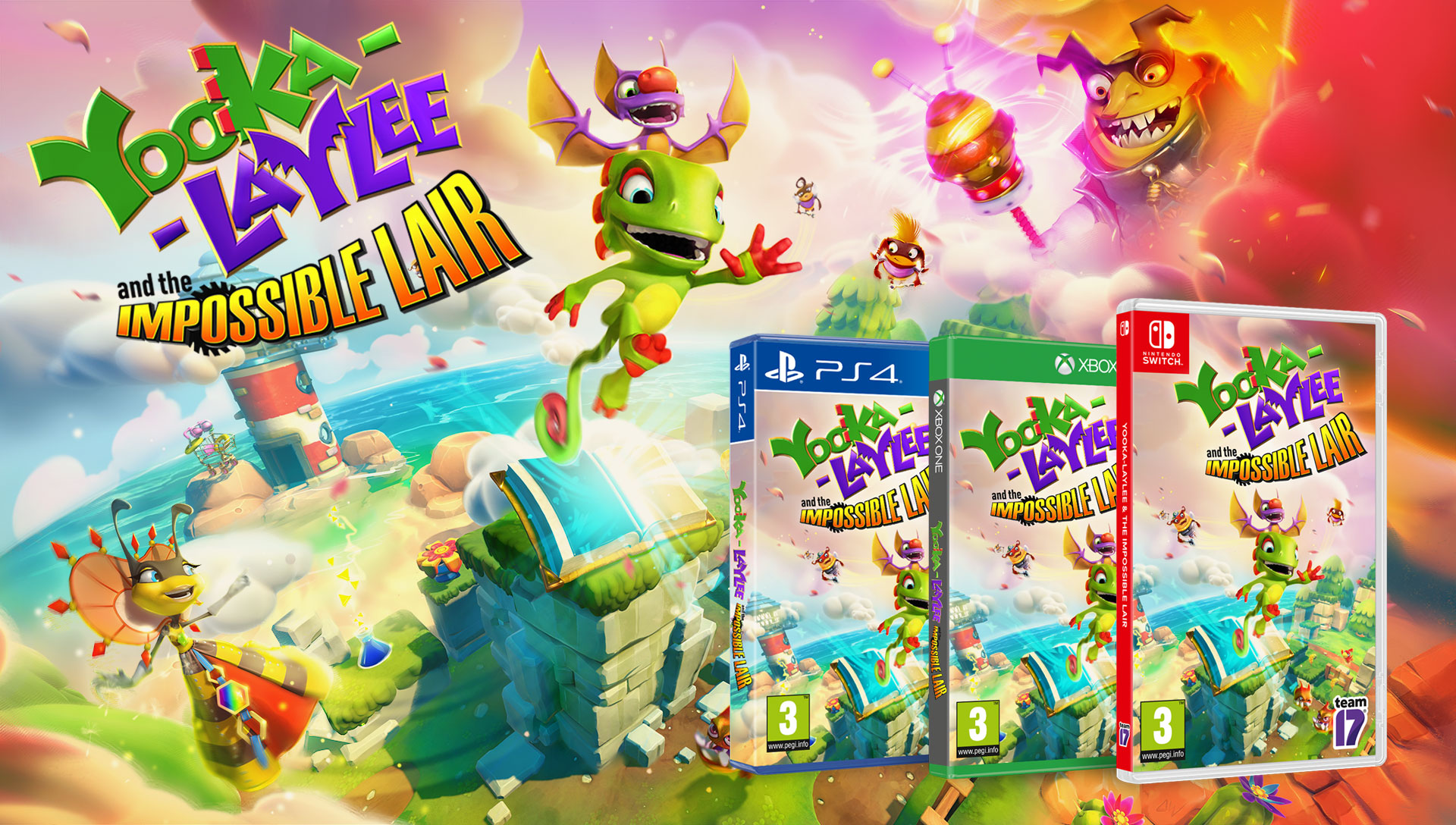 I pre-ordered the game, do I get anything extra?
If you pre-ordered Yooka-Laylee and the Impossible Lair digitally or from a selected retailer, you would have received the exclusive ‘Trowzer’s Top Tonic Pack’ – a collection of four cosmetic Tonics including Large Head Tonic, Glow Worm Tonic, D.I.S.C.O. Tonic and Yooka 64! 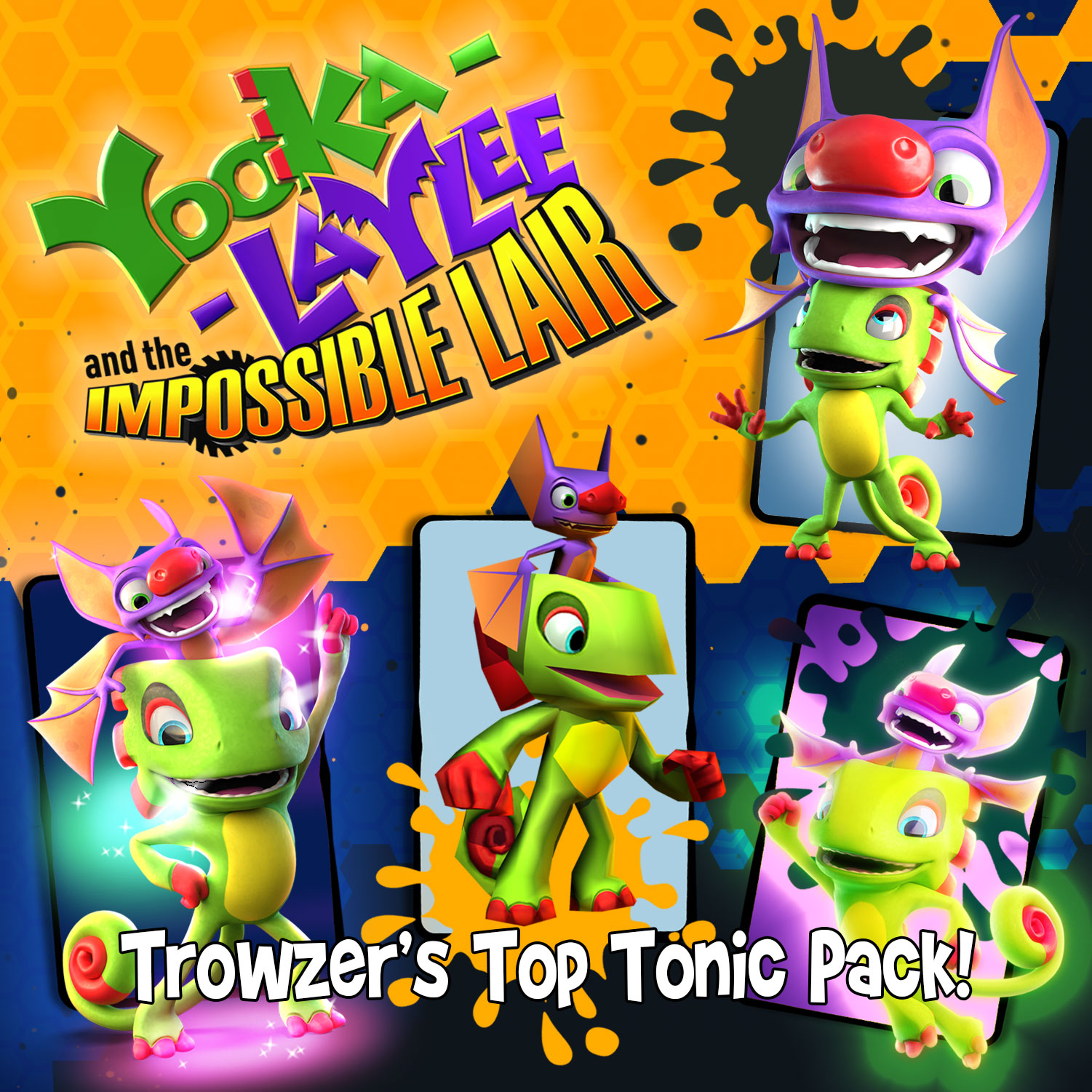 I didn’t pre-order, can I get these extra Tonics at a later date?
Yes. We will have more information on this soon.

What are Tonics?
Tonics allow you to mix up your gameplay by modifying various aspects of the game. There are more than 60 Tonics in Yooka-Laylee and the Impossible Lair which include infinite rolling, harder enemies and super speed. They can also unlock new environmental and visual effects!

How does the game run on Nintendo Switch?
Yooka-Laylee and the Impossible Lair runs at 60fps both docked and in handheld mode.

Is there a platinum trophy on the PS4 version?
Heck yes there is!

How many hours of gameplay is there?
This all depends on you! There are 40 levels, a sprawling overworld and a lair that can be tackled at any time! On top of this, there are lots of collectibles, alternate level states, Pagie challenge levels and Tonics to experiment with, so playthrough times will vary!

Are there collectibles in the game?
Yes, lots! You’ll need to be on the look out for T.W.I.T coins and quills in each of the levels, as well as collecting Tonics and members of Queen Phoebee’s Royal Beettalion along the way too!

Can I stream/upload video content of this game to my YouTube/Mixer/Twitch channel?
Yes of course! We actively encourage players to capture in-game footage and share to their channels once the game has launched.