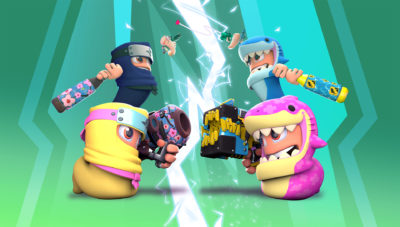 The new Team Deathmatch mode has landed in Worms Rumble! It’s time to take a side and battle in 12v12 real-time action! Get ready to rumble in smaller versions of the 32 player maps, reshaped by a permanent storm. Plus, gain double XP through to the end of this weekend! Read more on the full update below! 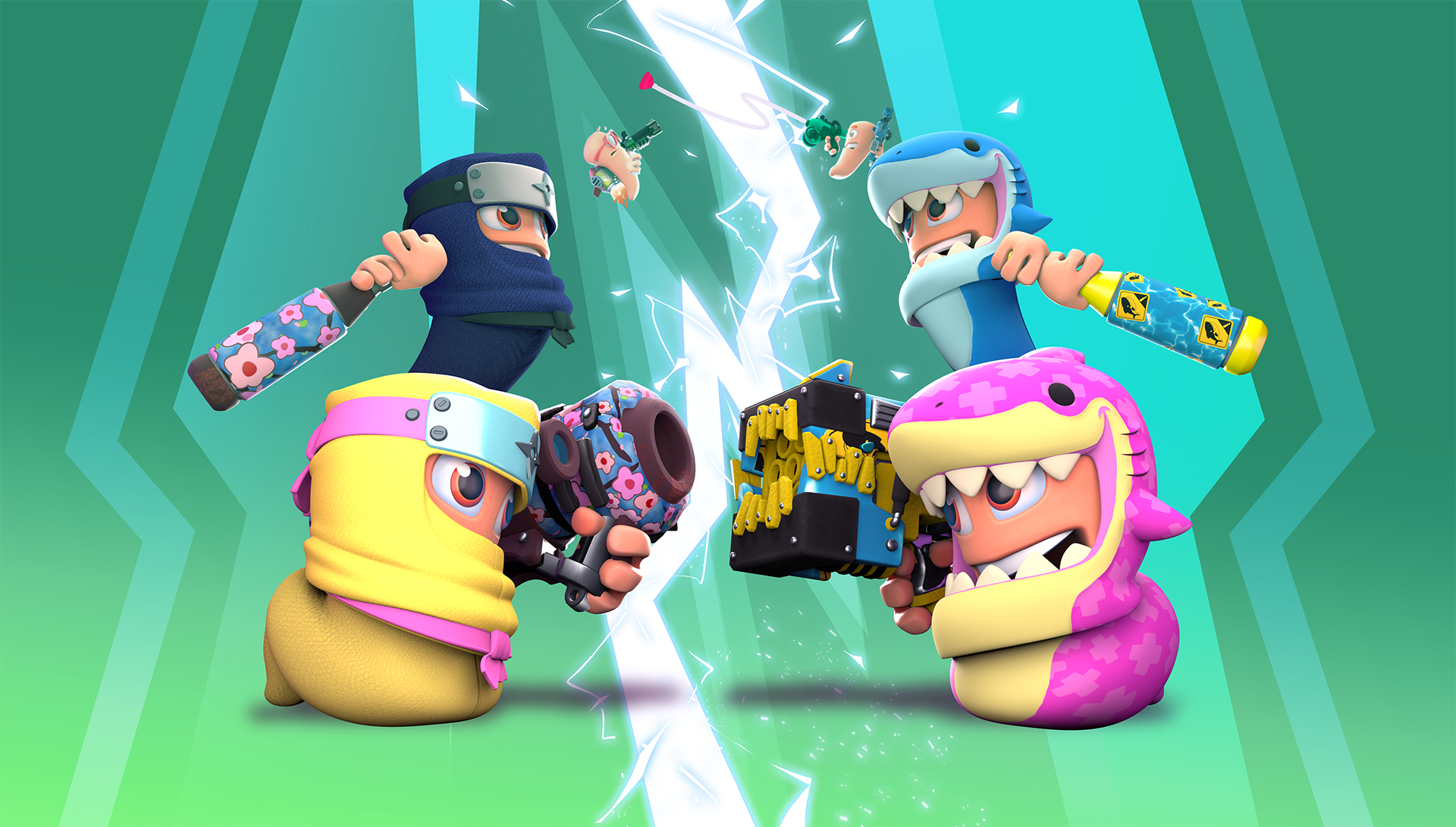 Haven’t heard of Worms Rumble before? Well – it’s an arena based real-time shooter with up to 32 players, with battle royal, deathmatch and experimental modes. Wield classic Worms weaponry like the iconic holy hand grenade and even get blasting with new ones like the powerful Hammerhead rocket launcher. Worms Rumble also has crossplay between PC, PS4 and PS5!

Check out the launch trailer here:

Take up the call of team based total Wormfare with the new Team Deathmatch mode! Be assigned to red or blue team in a battle to rack up the most kills and find yourself in 12v12 arena based controlled chaos. This game mode was highly requested in the community and we were eager to get it in. We’ve also changed the maps to be smaller based on community feedback from an open beta on the mode, expect to see storms at the edges of maps from the 32 player mode!

It’s time to hop into the action and fight for your teams victory!

To celebrate the launch of the new mode and update, we are starting the first double XP weekend starting today at 3PM GMT through to Monday 3PM GMT. Hop in game for double the xp gain and get rewarded with cosmetics to make your Worm look the best they can be. There’s never been a better time to rumble!

Again, we have been listening closely to everyone’s feedback and some of the issues you have faced. We have made a few fixes and improvements that should help make many of your game experiences better!

A note on the trophies for some PS5 players not activating correctly, we are now working with Sony to fix this on the next gen systems, we’re sorry for the inconvenience so far but will be trying several fixes in the near future and will keep everyone updated.

Keep up to date with everything Worms Rumble in our socials: