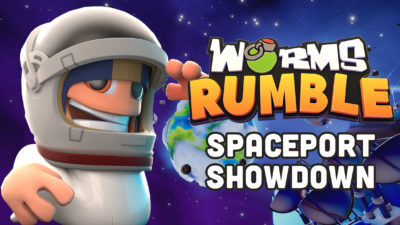 WORMS IN SPAAAAACE! Go intergalactic in this brand new arena for Worms Rumble.

Available now as part of a free update on all platforms! 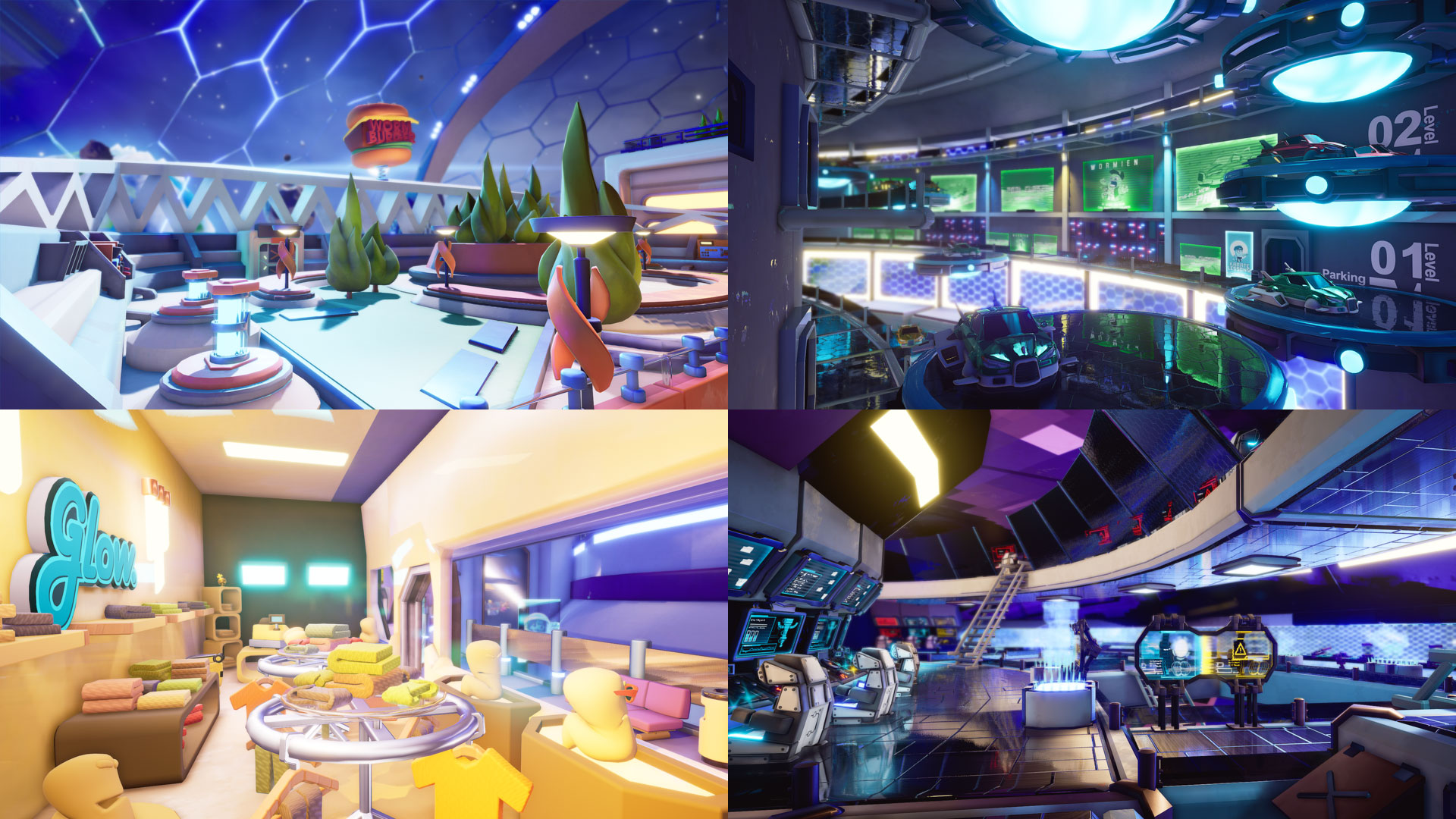 Set far above the stratosphere, the Spaceport Showdown arena features a new, randomly generated, low-gravity mechanic that slows the action down during battle! 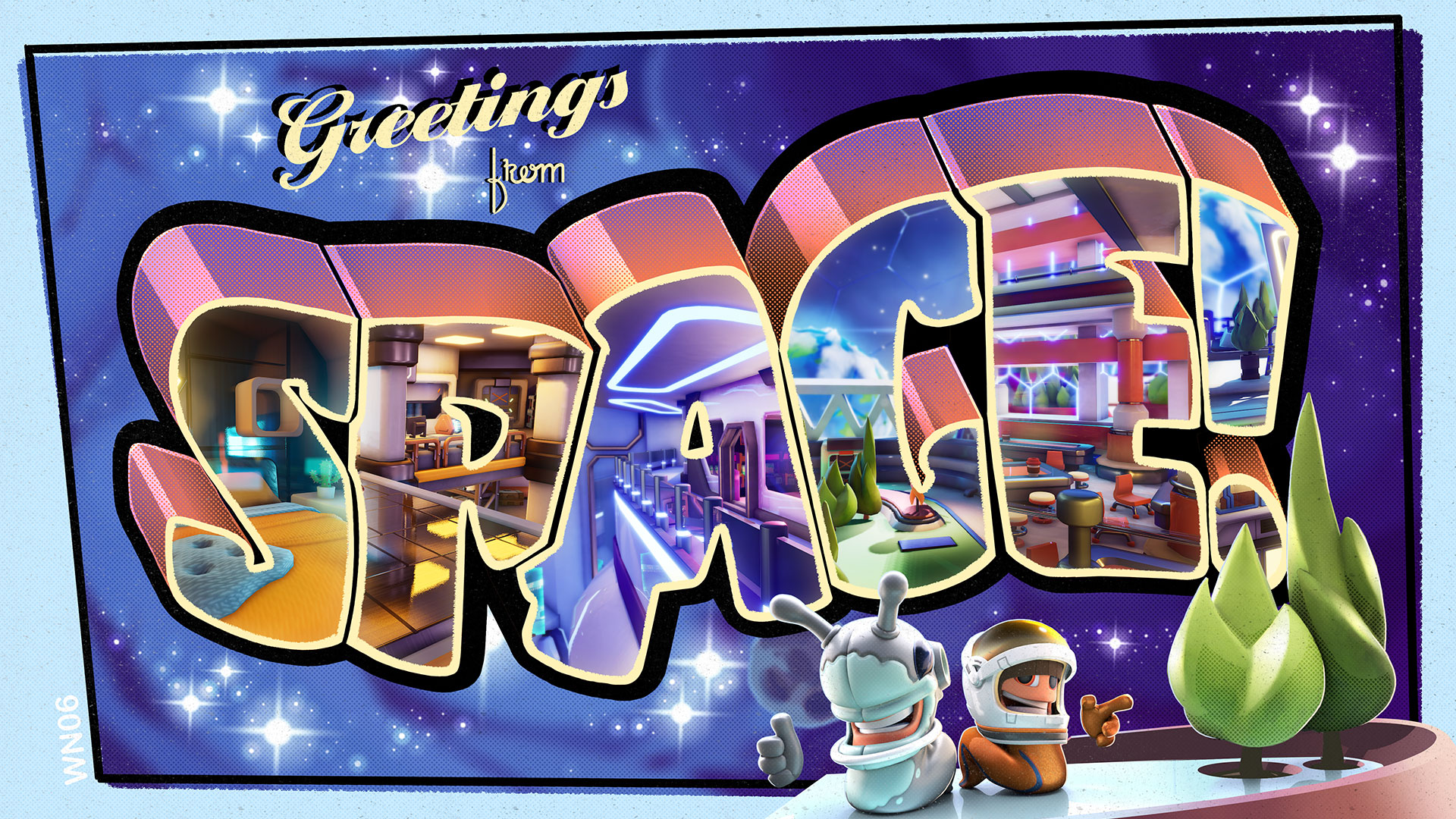 We’ve also patched a few issues with this update – full patch notes are at the end of this article!

PLUS, Worms Rumble is out now on Nintendo Switch, Xbox One, Xbox Series X|S and Epic Games Store!

Want to play on Xbox? Game Pass subscribers can play Worms Rumble for free as part of their subscription on PC or console!

Picking Worms Rumble up on Xbox or Nintendo Switch? Don’t forget to download your platform-exclusive outfits for FREE!

Xbox players can get the, very on-brand, Series Green Hoodie… 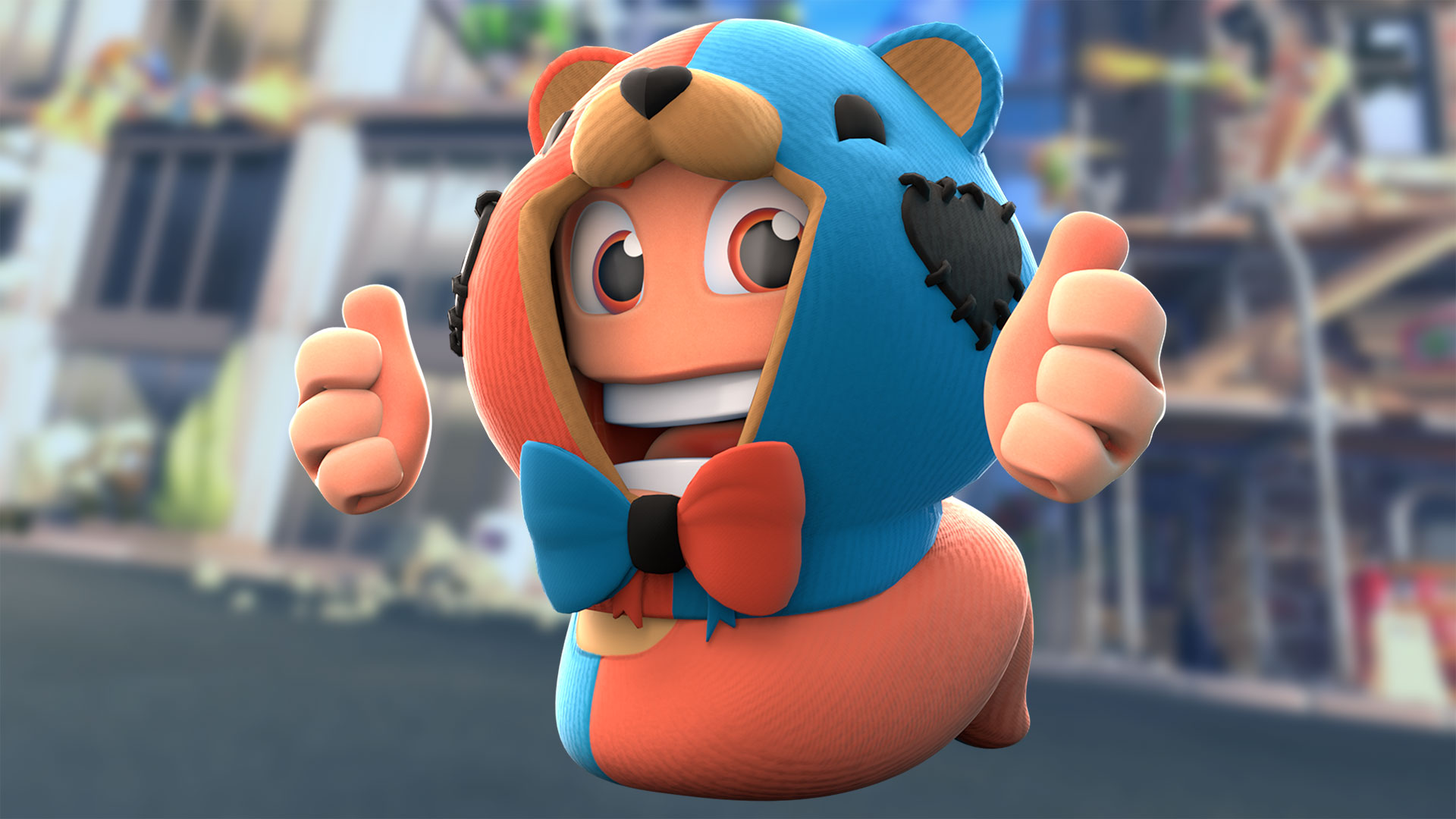 You can also get your hands on brand new paid DLC on all platforms! 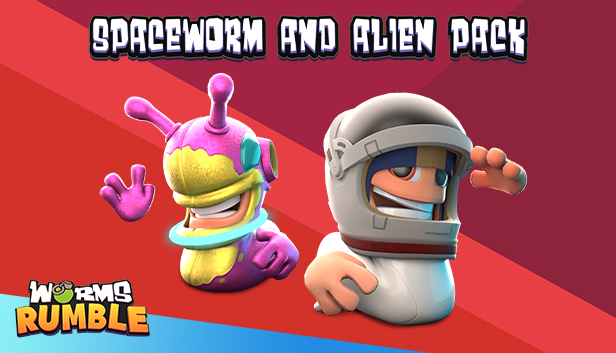 Worms Rumble supports cross-platform play across all platforms, so be sure to toggle that functionality on in the game settings to open your matchmaking up to a bigger player base! 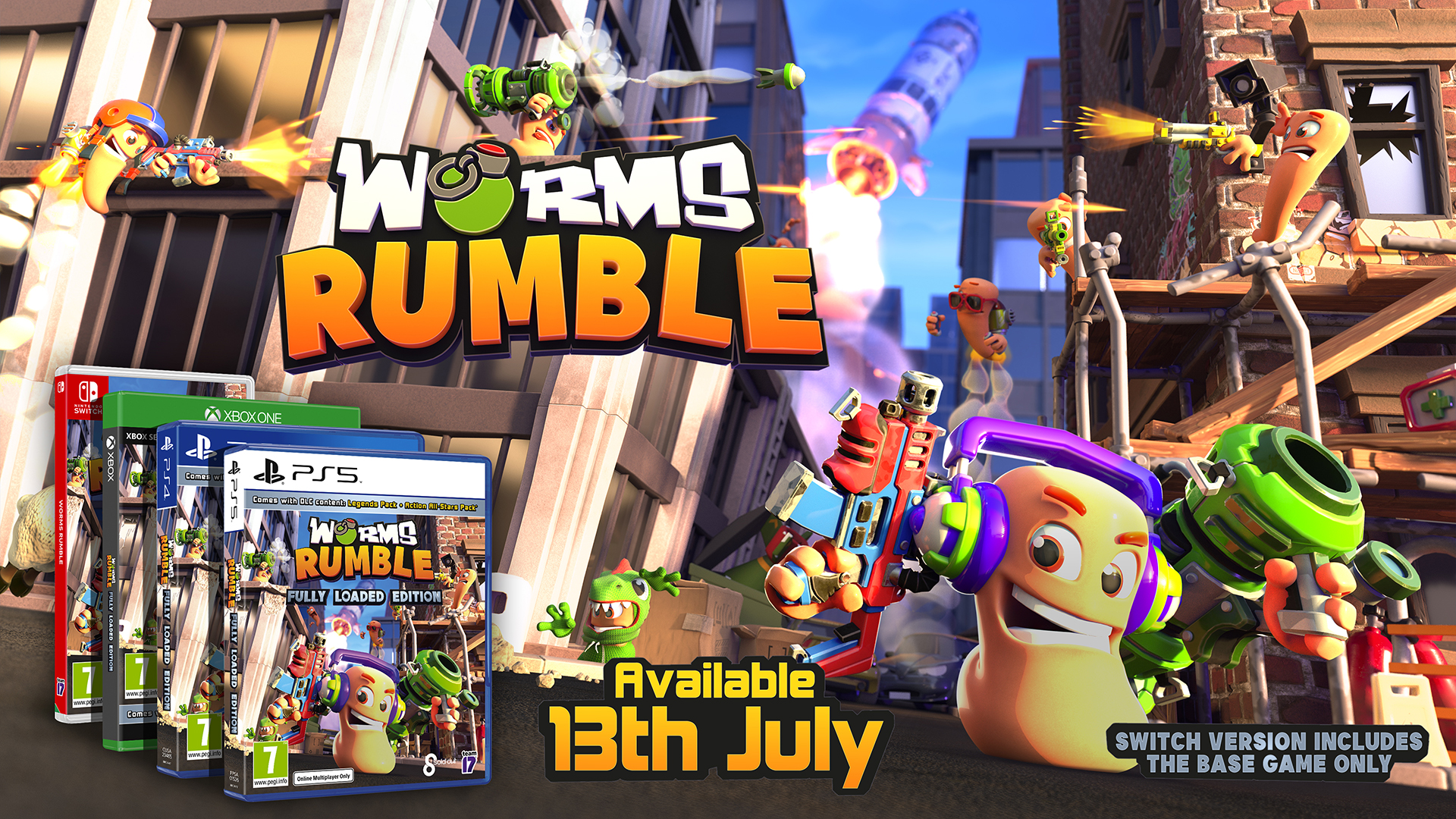 If you prefer a nice shiny box for your shelf, you’ll be able to get a physical version* of Worms Rumble on July 13th! Check with your preferred retailer for stock availability.

*Nintendo Switch boxed version contains a digital code for the base game only, not a cartridge.

To celebrate the launch, we’ll be running double XP and double currency on all platforms for 48 hours FROM 3PM BST today! 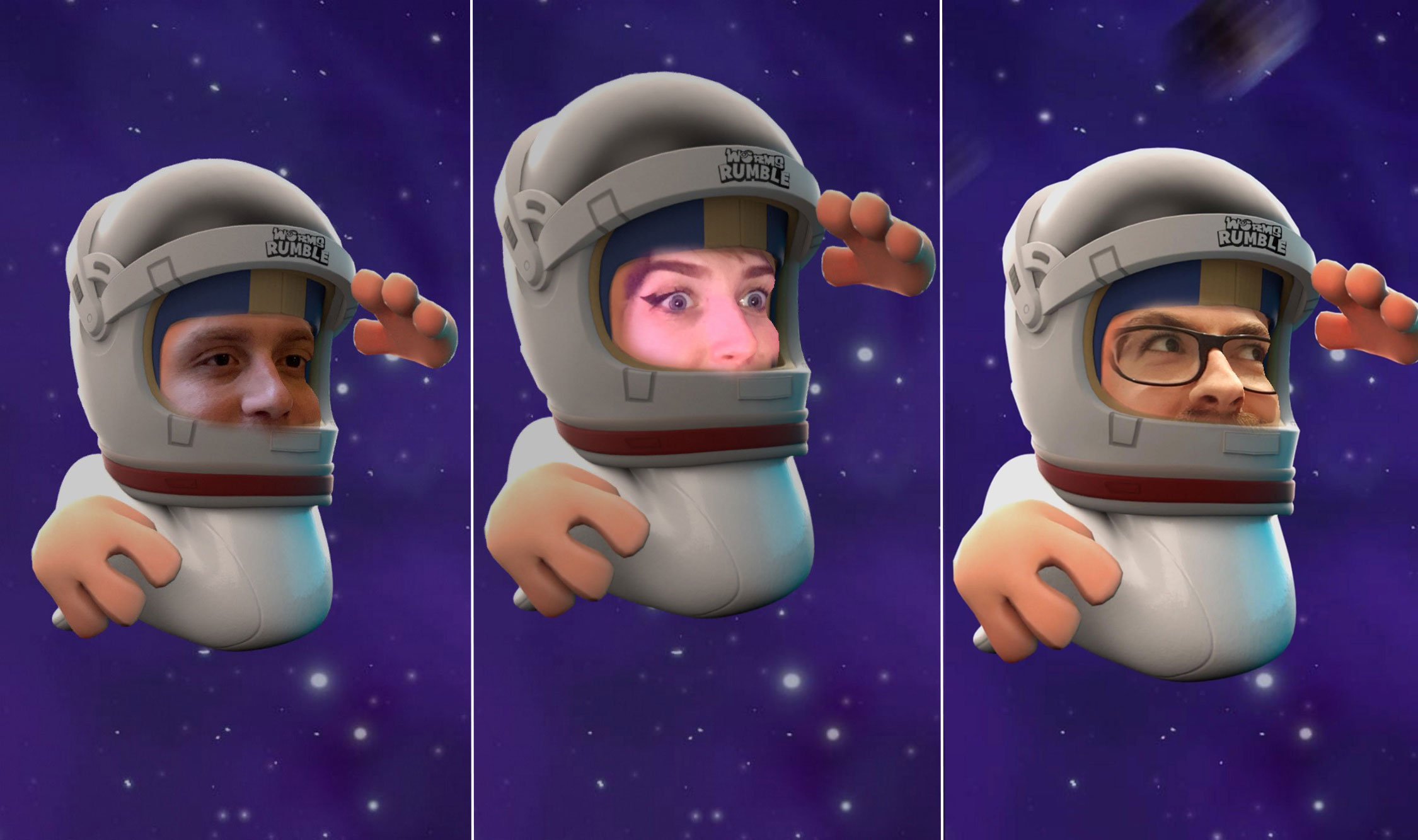 We also have a special space-themed Instagram and Facebook story filter available. Open the links below on mobile to use it and snap a Wormfie (that’s a Worm selfie, of course). Don’t forget to share with us on social media!

While you’re in Instagram stories, check out the fancy new stickers we uploaded. They’re out of this world…. (just search ‘worms rumble’ in the stickers section!)

And last, but certainly not least… PATCH NOTES!

Want to get really stuck in to the Worms Rumble community? Join the official Discord!