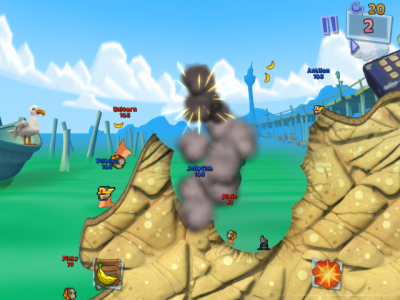 Worms™ 3 has recently received a cool new update including customisation items from the best-selling game Terraria and spooky Halloween themed items for your worms!

Terraria is out now on iOS and Android, as well as PC, PlayStation Network, and Xbox LIVE Arcade.