Worms 3 Out Now on the App Store! 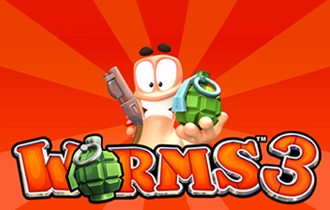 The chart-topping, award-winning, #1 turn-based strategy game is back and better than ever! Worms™ 3 is now available for iPhone, iPad and iPod touch via the App Store. Worms™ 3 includes gorgeous new graphics, worm classes, strategic playing cards and all new weapons! What’s even better is that Worms™ 3 has been designed and developed exclusively for mobile platforms.

Exclusive to mobile, Worms™ 3 is now available to download for iPhone, iPad and iPod touch via the App Store.