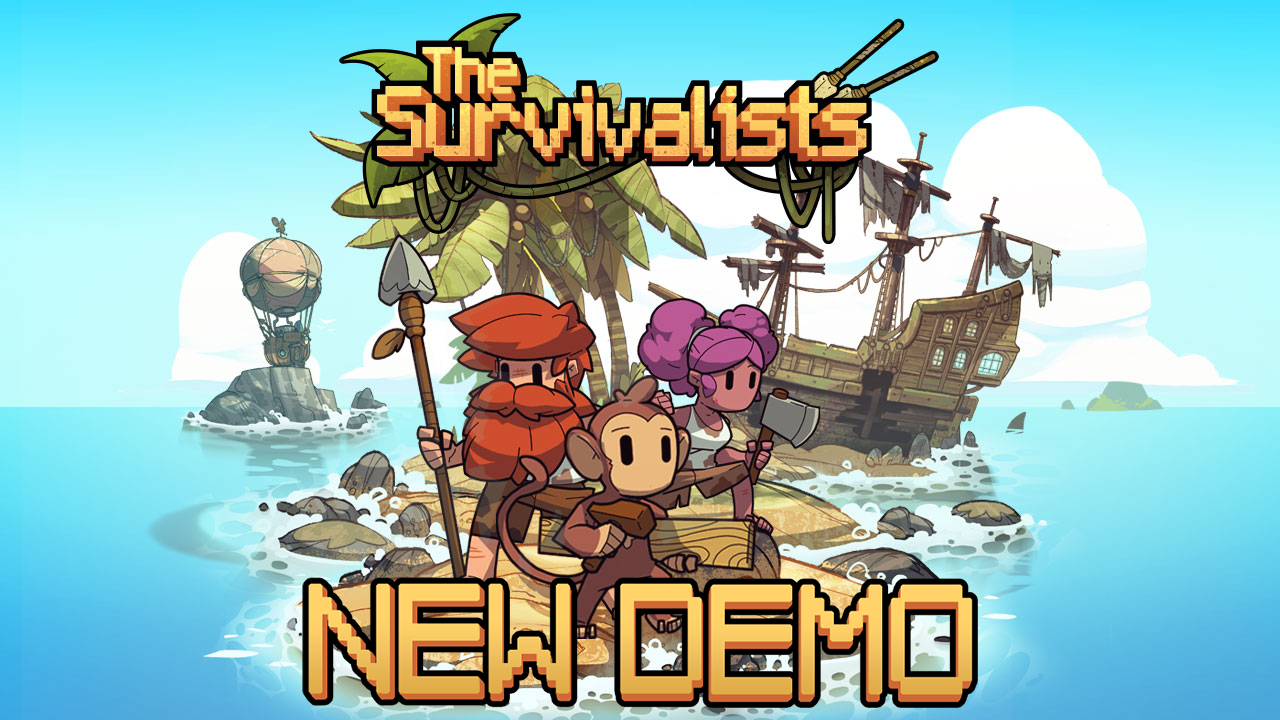 Play the New and Improved Demo for The Survivalists on Steam!

A shiny new demo for The Survivalists has washed ashore onto Steam! We’ve listened to the feedback from the first co-op beta and hope everyone will be able to settle into island life much better with this one.

Here’s what’s been added and changed from the last demo:

Read the full in depth demo additions and changes over on Steam, here!

Stop monkeying around… and download the brand new demo.

The Survivalists is a new survival game set in the Escapists Universe where you can play co-op with up to three friends or solo! Explore, build, craft and tame monkeys on Nintendo Switch, PS4, Xbox One and Steam in Q4 2020.​

A Discord server is now open for Survivalists to hang out and talk desert island life! Oh and did we mention there’s monkey emotes? Click the banner below to join!

It’s time to dig away your worries and your stumps.

Welcome to the new demo!

The Survivalists is now available to pre-order on Steam! Purchase early to receive the Monkey Business DLC for FREE and get even more with the Deluxe Edition including access to a 3 day early beta, more information on that here!

Going Under Release Date Trailer
Up to 75% off in The Escapists Franchise Sale on Steam!