The Survivalists Console Update Out Now! 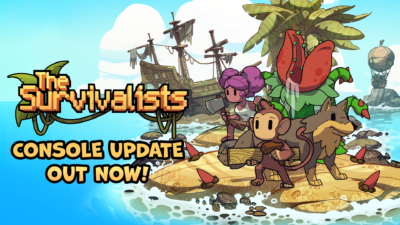 You herd it here first! The animal and farming updates are out now on Nintendo Switch, Xbox One and PlayStation 4!

Check out what’s new below:

OTHER CHANGES AND FIXES

Thanks for reading and we’re excited for console players to give these new updates a go!