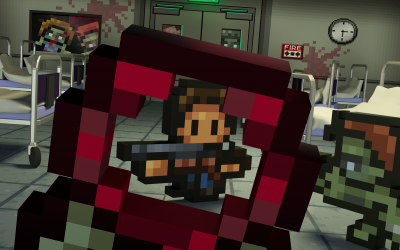 So. You’ve escaped from our best efforts to keep you locked up, you’ve broken free from America’s most notorious prison, you’ve even built a tank to bust out of a military POW camp. You think you’re hot stuff. But it’s not over yet. Today, we unveiled The Escapists The Walking Dead – a new game in The Escapists series developed by Team17 in partnership with Skybound Entertainment, creators of The Walking Dead comic book series.

The Escapists The Walking Dead sees you wake up in Harrison Memorial Hospital as Rick Grimes. You’ll escape the horror unfolding there using familiar methods – craft gear to create escape routes and construct weapons to defend yourself from the flesh-eating horde. You’ll also need to learn some new tricks, including the use of ranged weapons for the first time in The Escapists! 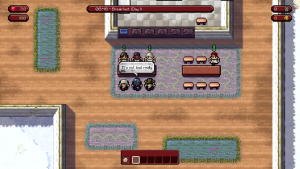 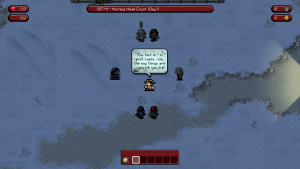 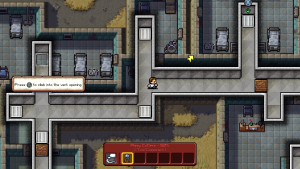 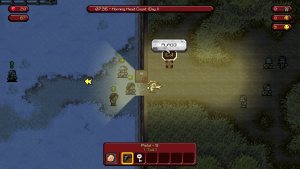 Click any of these screenshots to see them full size!

Later, Rick will take charge of a band of survivors featuring many of the original The Walking Dead comic book cast. He must secure the safety of the group by seeking out an escape route in each of the game’s areas and manage several dangerous tasks to keep as many of the group alive as possible. The Escapists The Walking Dead faithfully matches the timeline of the comics and so, as you make progress in the game, you play through locations that mirror the progress of the band of survivors taken from the award winning comic’s epic story.

The Escapists The Walking Dead is coming soon to PC and Xbox One. To keep up with all the latest news, follow Zombie Jimmy Locke on Twitter (though, you may need to use this).