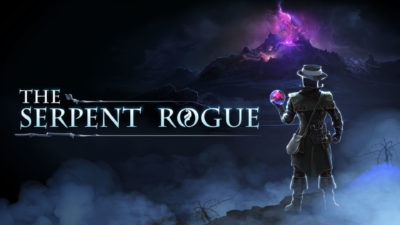 Explore a medieval fantasy world where all your actions have consequences…

You’ll take on the role of The Warden – a mysterious character out to confront and destroy a corrupting force known as Morbus (The Serpent Rogue) that threatens to take over the medieval realm.

As The Warden, you must restore balance to the natural world, but be warned, all your actions have consequences! Craft and experiment with potions and recipes that will change, or even create, situations to your advantage.

The Warden’s actions will also affect the ecosystem, from dreaded Reapers devouring too many pets left in a single location, to ghouls attracted to the unburied going on to attack everything standing in their way.

Ready to take on Morbus? Try out The Serpent Rogue on Steam with a free demo available now on Steam!

Don’t forget to add it to your Wishlist too!

The Serpent Rogue will be coming to new-generation consoles, Nintendo Switch and PC in 2022.

Follow The Serpent Rogue on Twitter, or any of the Team17 social media channels to keep up to date with news!