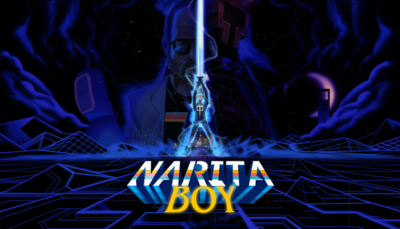 Son of the Trichroma,

We are here to announce that Team17 and Studio Koba have combined swords to bring power to the Digital Kingdom, as we release Narita Boy on PC & consoles later this year!

Narita Boy is a heartfelt love story to the 1980s, featuring a narrative-driven adventure that takes players to a game inside a game, battling powerful bosses and overcoming puzzles in order to uncover the secrets of the Digital Kingdom and – ultimately – its creator.

Narita Boy puts players in the shoes of the eponymous digital warrior chosen to wield the Techno-Sword, a legendary weapon capable of defeating fearsome foes in melee or from afar as it instantly transforms into a shotgun or devastating laser beam. By using this new weapon and with the help of the Motherboard, the spiritual leader of the Digital Kingdom, players will face corrupted enemies and hulking bosses to save the electronic synthwave world from the invading Stallions, a group of rogue code bent on forced rule and subjugation. 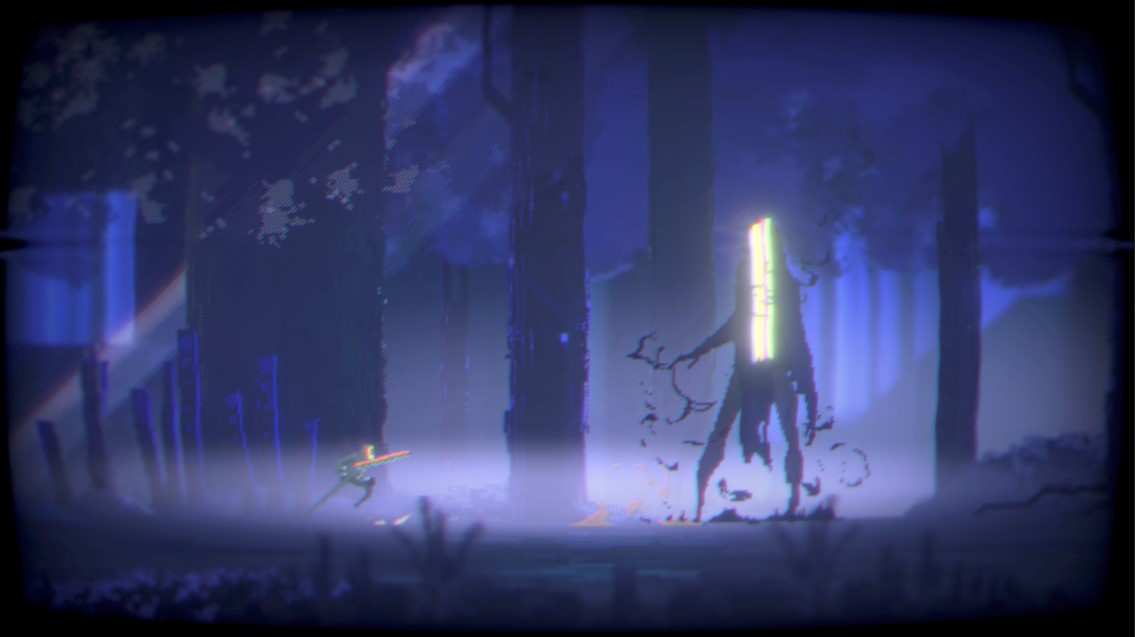 Alongside thumping Techno-Sword combat players will also explore the memories of the creator, an oniric universe packed with secrets and a rich narrative that reveals his story, from his early years in Japan to his creation of – and connection with – the Digital Kingdom, and why it’s been imprisoned by the Stallions. 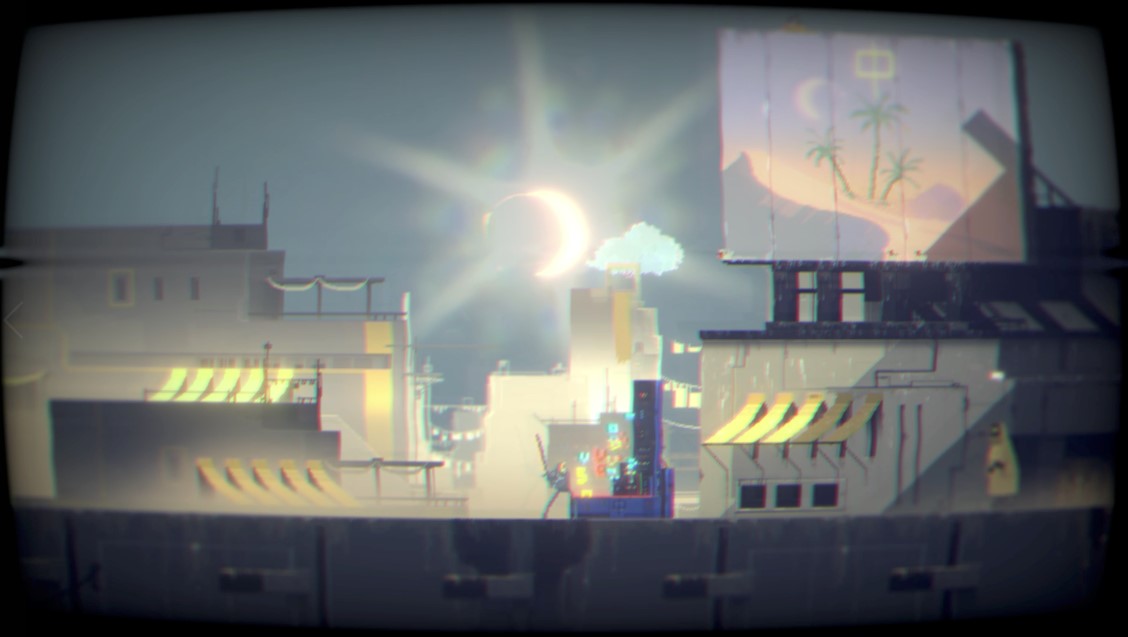 Sounds like quite the adventure, doesn’t it? Wanna’ play? Well, we’ve got some good news for you!

Narita Boy has a playable demo in the Steam Festival from – TODAY – running all week, February 3rd – 9th! Express yourselves, enter the realm of the Digital Kingdom and save the world! 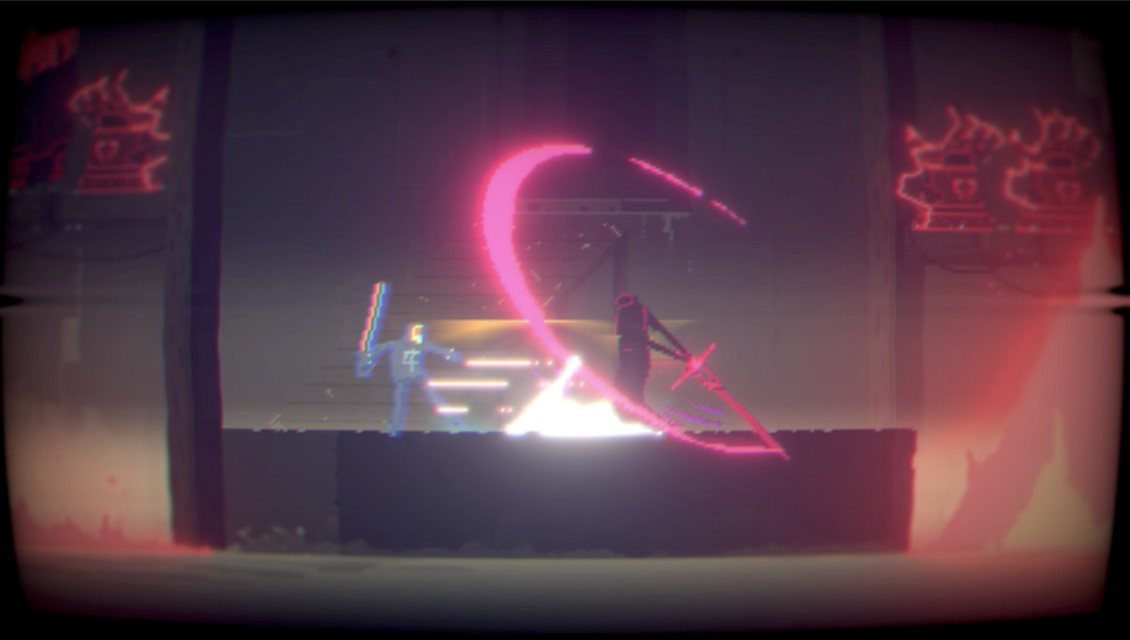 Today we’re launching Saving The Arcade World, powered by upcoming 80s-set techno-tale Narita Boy. Saving The Arcade World is a campaign that aims to raise awareness of the need to preserve arcade games and arcade game heritage, a vital part in the history of the multi-billion dollar global games industry. We’ve partnered with three leading museums of games and play, The Strong National Museum of Play in Rochester, New York, The National Videogame Museum in the UK, and Arcade Vintage: Museo del Videojuego in Spain to highlight the great work they’re doing in saving the arcade world.

Saving The Arcade World features a number of fundraising efforts, the proceeds of which will be split equally between the three museums to continue and develop preservation projects. The synthwave track Saving The World from the official Narita Boy soundtrack is now available to stream on Spotify and all major online music platforms, and to purchase from dozens of digital retailers including iTunes and Amazon Music with all proceeds from song sales until the launch of the game going to the campaign; a digital charity event is also being planned for later in the spring (stay tuned for more information on that) with a percentage of each sale contributing to the campaign.

Additionally, profits from the sale of a one-off Narita Boy: Techno Edition, which includes a full size Narita Boy arcade cabinet with the game pre-installed, custom Narita Boy controller, Narita Boy downloadable game codes for PC and all available consoles, and the official soundtrack, will go to the campaign pot. All three organisations will use #SavingTheArcadeWorld on Twitter to highlight arcade heritage and their efforts to preserve it.

Today also sees the launch of our Spotify! We’ll be uploading a playlist every week themed around what we’re listening to. To celebrate our Narita Boy announcement, we’ve created a playlist featuring the first release from the official game’s soundtrack – ‘Saving The World’.