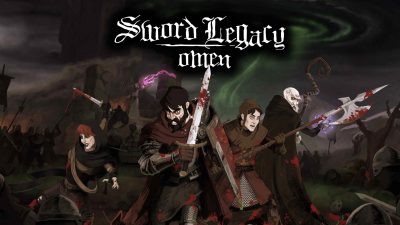 Since the release of Sword Legacy we’ve seen the community discussing different strategies and party configurations used in the game. It’s amazing to see how each player takes on a different approach and we’re thankful for your participation. Regardless if you’re a newcomer or an experienced TBS veteran, we’ve put together a quick guide to aid you in your adventures throughout Broken Britannia! 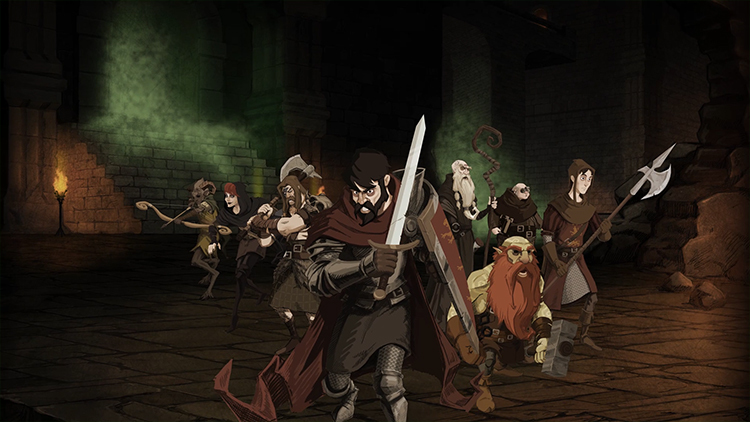 Please note that the below contains minor gameplay and story spoilers.

The basics of combat rely on much more than just mindlessly unleashing frontal attacks. Carefully assessing the battlefield and your resources is always highly recommended:
– Always check your AP! Use it to activate Willpower, Potions, Items and Overwatch;
– Never skip a visit to the blacksmith. Buying better weapons grants extra damage, fancy effects and raises your chance of hitting the enemies;
– Pay attention to where your heroes are facing and avoid back-attacks! You can have a party member face somewhere else at no AP cost by clicking RMB on the board in the desired direction;
– Your enemies have stats, skills and maybe even Special Talents. Inspect them at any moment by pressing Shift+LMB over them.

Each hero is unique

The real power in combat comes from the ones that achieve victory through the clever use of positioning, swift speed and physical might. Each hero offers different possibilities, aiming for different effects. Here are a few examples: 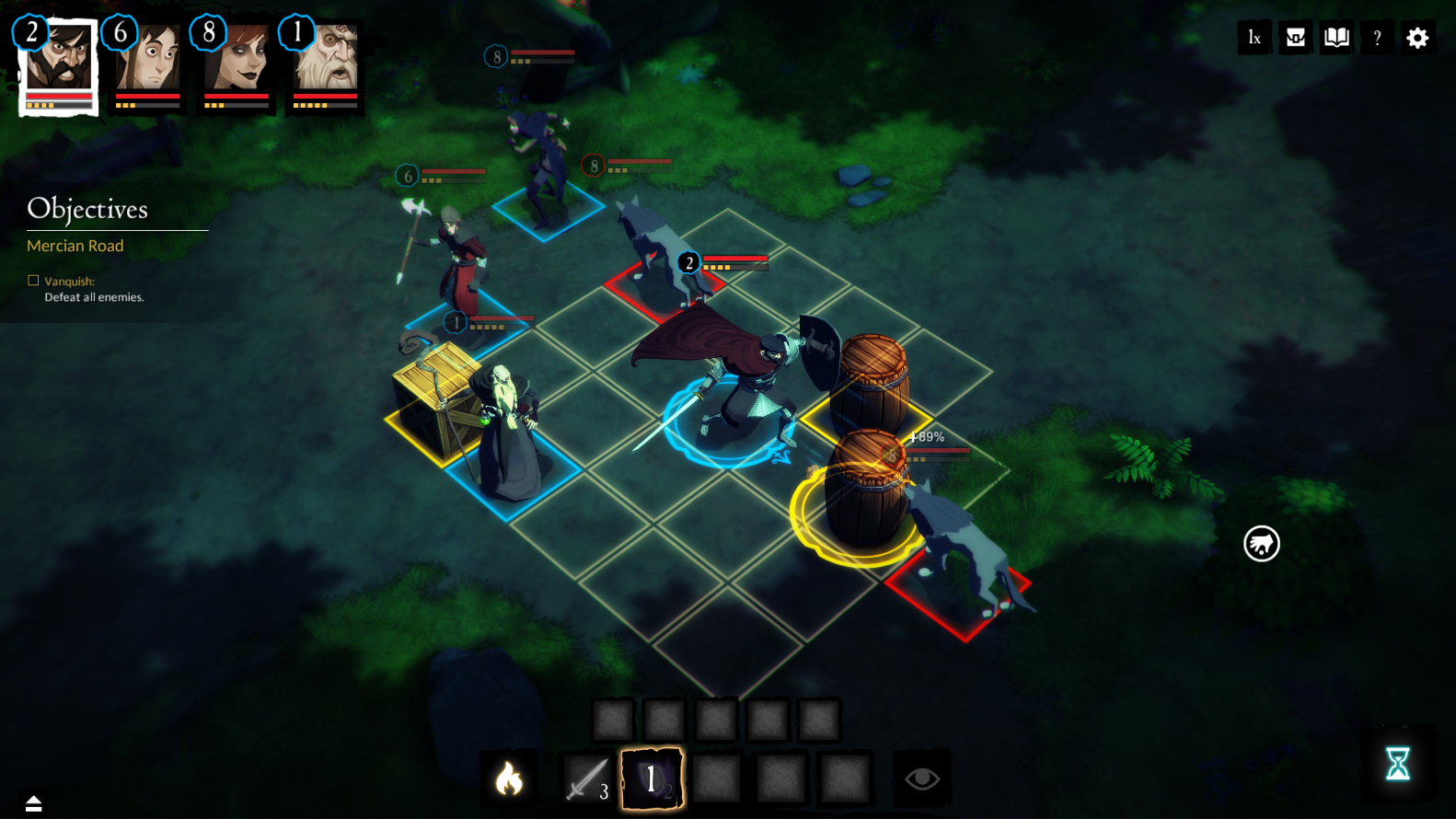 Uther already boasts great defense, but his armor normally limits his AP more than other heroes. So, instead of walking towards combat, bring it upon yourself! Combine Taunt with Ultimate Defense to attract as many enemies as possible and make them waste their attacks. On the next turn, use Arc Slash against every enemy around you at once. Counterattack is a nice addition since it can deal extra damage if someone lands an attack.

Merlin is a formidable hero, but not the sturdiest. To maximize his longevity, make the best use of Soul Eater, granting free healing with each kill. Concentrate Fireball or Chain Lightning on enemy groups to deal high damage to various foes at once. Play it safe and always keep the Teleport skill handy if you need to escape approaching enemies.

Duanne is a melee warrior with some interesting perks. If you opt to use him as a damage dealer, his Charge skill is indispensable, as he’ll move and deal damage to targets in line. Combine this with a Half Moon attack to strike as many foes as possible. Also, the boost provided by Desperate Measures is a good call. 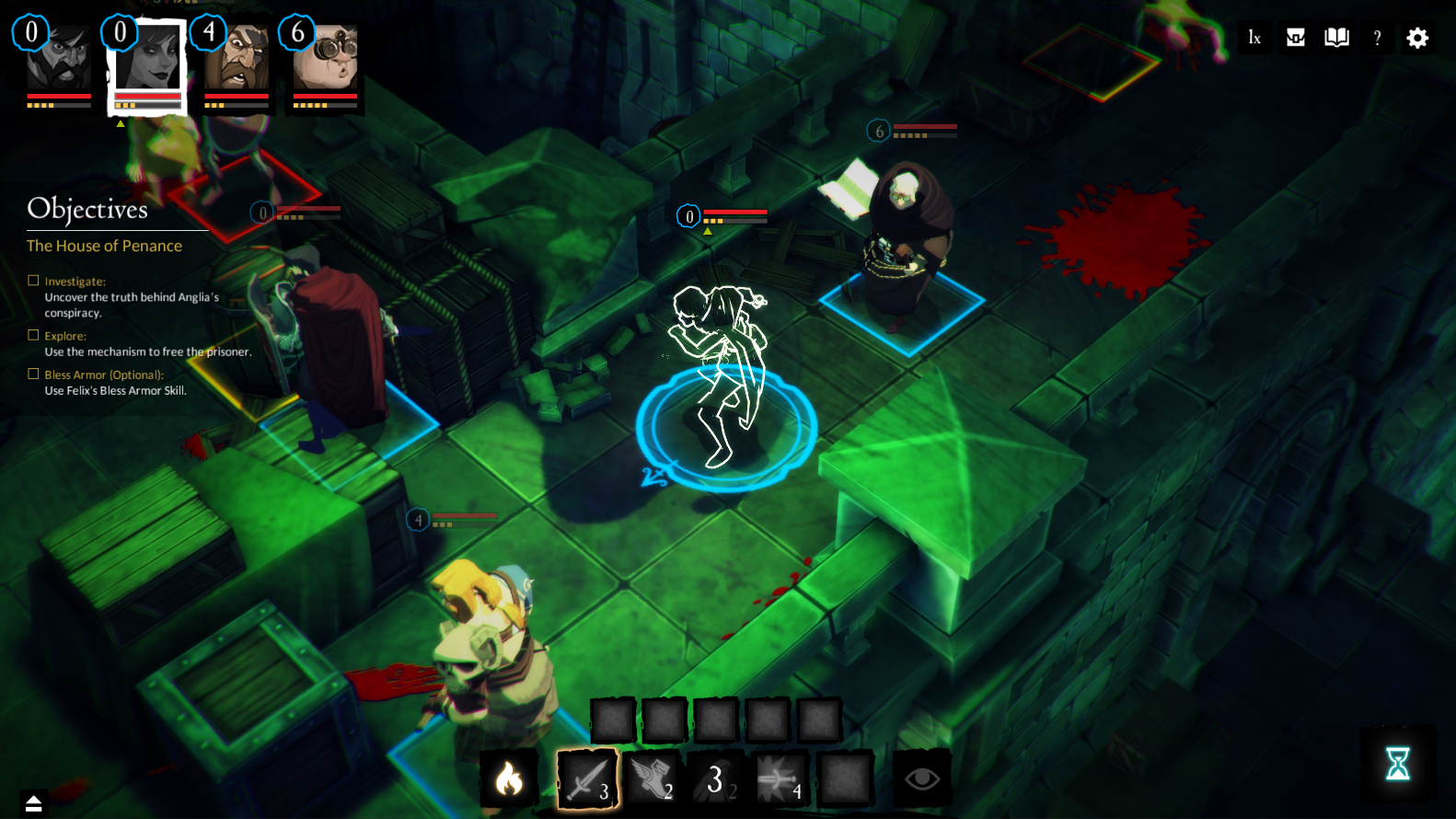 You can’t go wrong with the Stealth and Dash combination. The former boosts Gwen’s next attack and protects her from enemy detection while the latter has her move the farthest spending only two AP. On your next turn, unleash Dust before attacking or go all-in with a Flurry attack. Just remember to equip your Savoir-faire for that extra Critical-Chance.

Felix possesses a great variety of skills to better prepare your party for battle. Bless Weapon works nicely with every attacking hero while Bless Armor increases the defense of any ally who might be facing several enemies. Sacred Ground grants an area heal and you can equip either Heal just to be safe or Aura for an extra buff.

The Barbarian holds no secrets. Unleash your Rage of the Ancients to gain that nice Attack +1. Then, use Spree thanks to its awesome AP economy: if you manage to guarantee one kill at the beginning of the turn. Frenzied Beast may save 2 more extra AP while disrupting enemy positions, and Bloodlust will make the damage last even further.

The ability to attack at a farther range makes Flint unmatched. Marksfayeship and Flèche Fatale combine nicely, while Raven/Wolf Call summons Skull or Cyrus to protect them from afar. Quick Draw sacrifices your Attack bonus but decreases skill cooldowns.

With a smart use of Stone Wall, Gorr can set a barrier between himself and the enemy or lure them into a vulnerable spot. That’s when you fire your ranged attacks: be it Liquor Bomb for the extra burning damage or Build Automaton for the fireworks – Gorr always leaves an exploding impression. You can also equip one of his passive skills for extra protection. 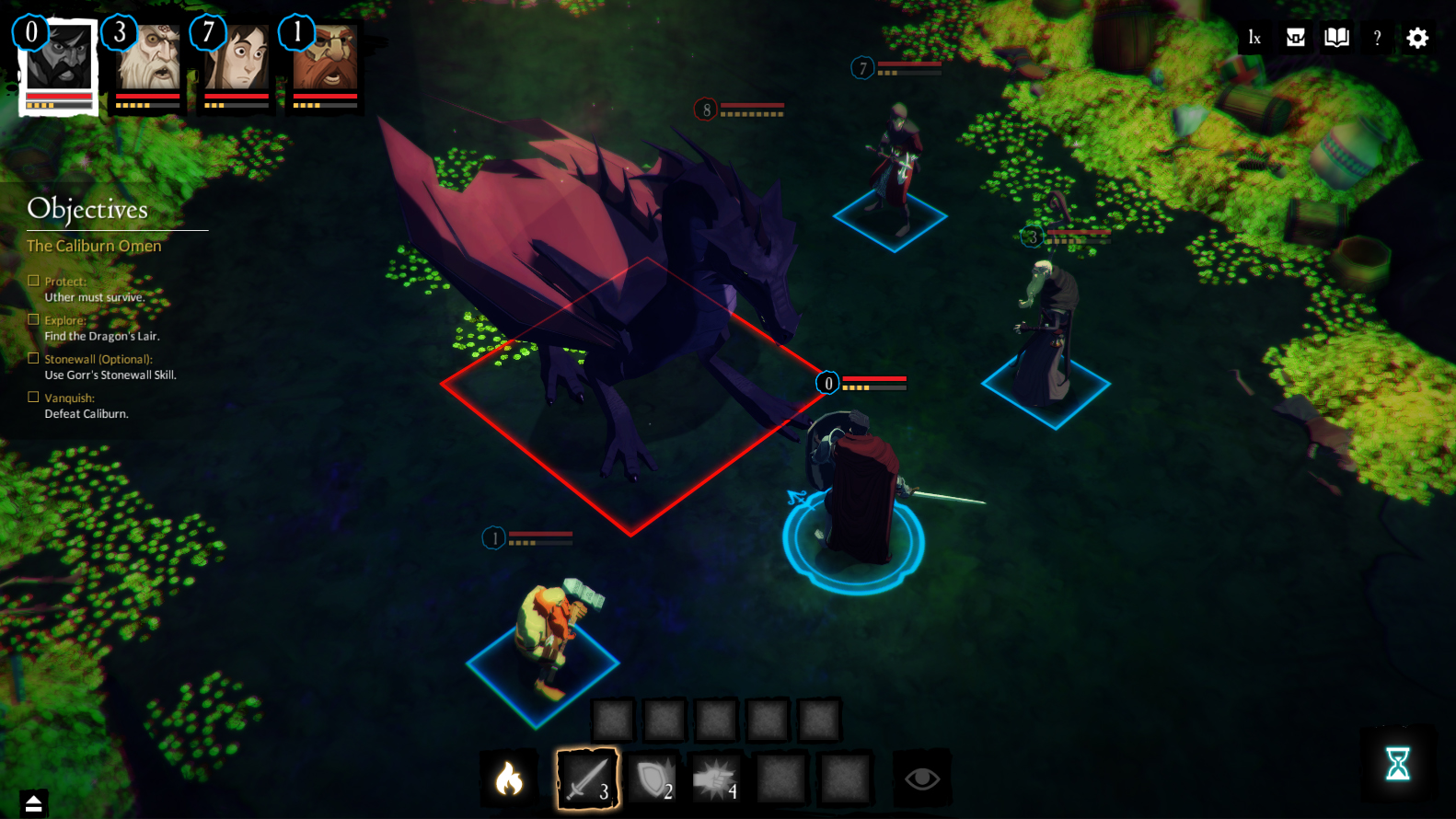 All of these builds offer powerful synergies. Felix’s support goes along with everything, but teleporting Merlin close to him is always very useful. Ferghus, Duanne and Flint’s summon are effective if you decide to opt for close-quarters combat, while Flint and Merlin can attack from afar. Gwen, due to her high maneuverability and Stealth skill, can advance with ease and retreat for healing/protection, while Uther and Gorr protect the party – acting as shields or distracting enemies.

These are just a few of the possible strategies! Which ones do you use?