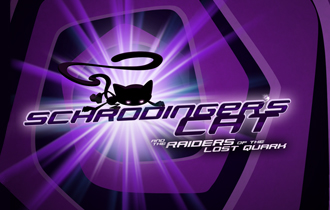 Hi all! Along with our fab indie label dev, Italic Pig, we are excited to announce that fast-and-furious, action-adventure, platformer-puzzler Schrödinger’s Cat and the Raiders of the Lost Quark, is now available for download on Xbox One and PlayStation 4.

Featuring “the funniest voice work since Psychonauts” (Hardcore Gamer), the script has been nominated for 3 different writing awards and is brought fantastically to life by A.J. LoCascio, known for his role as Marty McFly in Telltale Games’ Back to the Future, who voices each and every character within the game.

Schrödinger’s Cat and the Raiders of the Lost Quark is part combat-platformer, part logic-puzzler, part open-world explorer, part character-driven adventure! It’s only appropriate that a game starring Schrödinger’s Cat can be many things at the same time.