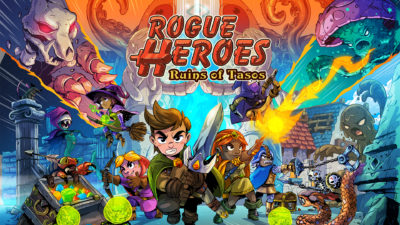 Today we’re pleased to share with you that a bumper sized patch for Rogue Heroes is available now for all regions on Nintendo Switch!

This patch addresses a range of issues and bug reports for both single and multiplayer, so you should find your experience much smoother and bug free from today!

On top of that the team have been listening closely to feedback from the community in regards to the classes in the game. Things like what do you like? What could do with a buff or a change? And what else would you like your Heroes to be able to do? Because of that you’ll find some rather substantial improvements to a range of classes, with even more planned for the future! (Like some more focused improvements to the Ranger).

If you have any feedback or things you’d like to see done to your favourite class, head on over to the official Rogue Heroes: Ruins of Tasos Discord and say hi!