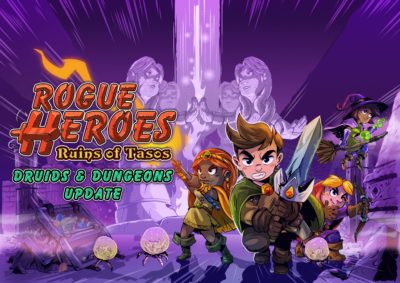 This update comes with not only a range of new features, but fixes and other changes. Thank you Heroes for your ongoing feedback, we really appreciate it and are excited to bring you the next update!

Check out all the shiny new things you’ll be seeing below:

That’s all for now, Heroes! We can’t wait to welcome you back to the land of Tasos!

The Druids & Dungeons update for Rogue Heroes: Ruins of Tasos arrives to Steam and Nintendo Switch on March 31st!