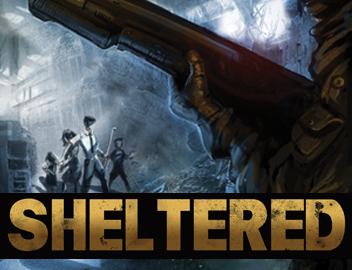 Leading independent publisher and developer Team17 are delighted to announce their partnership with Shrewsbury based newly independent developers Unicube. Together they will be releasing gritty strategy survival game Sheltered onto PC, and other platforms TBC, in 2015.

“We’ve been long-time fans of the Worms franchise. They were some of the first games we played on our PCs when we were younger. To think we’re now working alongside them is a bit surreal. We’re really excited about working with Team17 over the next year, and think we have a bright future ahead!” said Sonny Meek and Dean Foster, co-owners, at Unicube.

Debbie Bestwick, Team17’s Managing Director added, “The minute we saw the concept we absolutely knew we wanted Sheltered to join our indie partner program, in fact it was a total must!  I think the process from our 1st look to signing it actually took around 48 hours, which shows not only the speed of which we move but also the belief both parties have in each other. Sheltered will be a very special game with huge potential, we’re really excited about working with Dean and Sonny over the course of the year and helping them create their first commercial indie game!”

Sheltered is a post-apocalyptic disaster management game that gives a whole new meaning to the term “nuclear family”. Given a head-start over the billions lost in a nuclear holocaust, you must gather as many supplies as possible en route to the concrete underground shelter that will soon become your family home for the foreseeable dreary future.

With all hope lost, how will you cope in this bleak new world? How you handle the many moral choices you’ll encounter on a daily basis could be the difference between your family surviving or dying. Combat claustrophobia, radiation and mental exhaustion as you cling desperately to life in the cramp, cold and scary underground shelter. You’ll have to leave the scant protection the shelter offers behind as you’re forced to venture outside into the dangerous desolate wasteland to scavenge for vital supplies which could ensure your families survival for just one more day.

Sheltered is scheduled for a 2015 release on PC and other platforms TBC. You can help support Sheltered by checking out Unicube’s Kickstarter campaign.