Penarium – out now for iOS and Android! 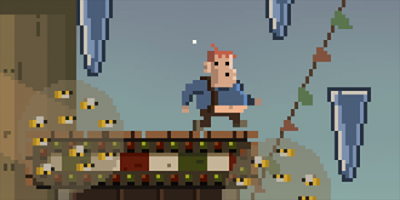 Frantic 2D arena platformer Penarium is out now for iOS and Android!

Trapped in a crazy circus show, you play as Willy, running and jumping your way around killer death traps to survive an ever increasing onslaught of danger to be crowned the champion of the Penarium!