Neon Abyss – The Cornucopia Update OUT NOW on Consoles! 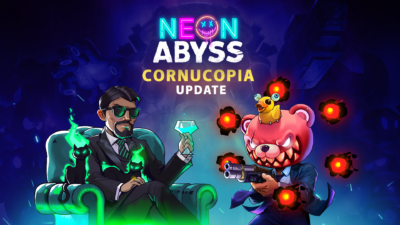 Abyssonauts, the time has come.

The Cornucopia Update for Neon Abyss is OUT NOW! This update brings PS4, Xbox One, Win 10 and Nintendo Switch versions of Neon Abyss to parity with PC!

The Chrono Trap DLC will be available on consoles from August 16th, at midnight in your local region. Be sure to pick it up while it’s free, you’ve only got until August 30th!

We would like to thank you for your patience as our team worked on this huge update to bring all console versions. We are so excited for you to step into the Abyss!

In case you missed it, here’s the trailer…

This update brings all content from the Call of Hades and onwards to consoles. This means:

To confirm, this update consists of all content from the Call of Hades update for PC and upwards, bringing the console versions of Neon Abyss to full parity with the PC version. This update does not include any other new content for PC.

Never played Neon Abyss? Check out the below…

Combining furious run ‘n’ gun action and deep, roguelike mechanics, Neon Abyss pits you as a member of ‘Grim Squad’ – a task force set-up by Hades himself to infiltrate the Abyss and defeat the New Gods. Death is not the end as every time you die, you’ll find yourself more empowered than before.

As you progress through each dungeon, random item drops will be key in helping you infiltrate the Abyss and these passive effects can stack between every item. With no limit to how many can apply; a wide variety of combinations will make each run unique.

With each run, you will be able to unlock new rooms, items, bosses, special rules and even new endings! This means each dungeon is unique and expandable, being tailored to your own specific play style.

If you need some company on your journey into the depths of the abyss, or just some additional firepower or assistance, eggs can be found which will turn into a random pet that has a special ability and will evolve the longer you survive.

Take a short break from slaying minions and take part in random mini-games that will also bag you some loot! Jump into Piano Performances, Meditation Challenge, Dance Competitions, and more – staying alive just got a lot more interesting! 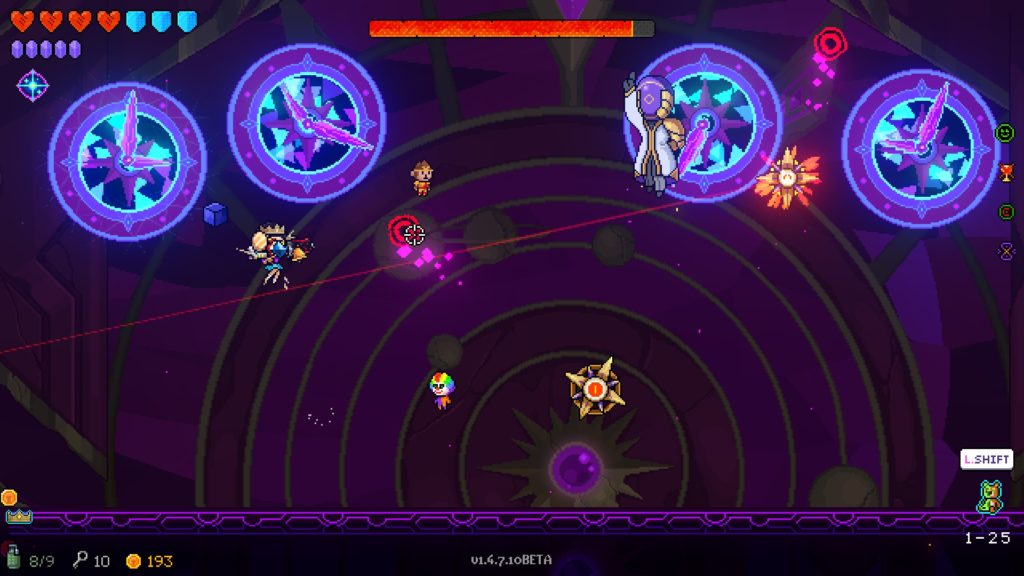 The Chrono Trap DLC will launch at the same time, as a separate item.​

We anticipate your return to the Abyss. We will see you in the next update!