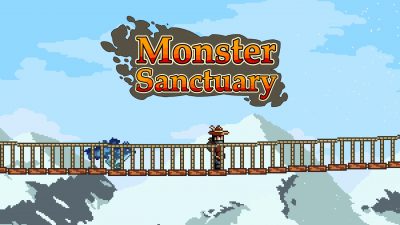 We’re excited to announce that Monster Sanctuary, the monster collecting and battling Metroidvania, will be launching on Steam Early Access 28th August!

To celebrate this announcement we’ve released a new trailer that you can see below:

Start your adventure now with the free demo!

Choose one of four unique Spectral Familiars and start your quest to become the ultimate Monster Keeper as collect monsters, battle and explore an ever-expanding world!

Hatch collect and train monsters from across the world and build your team. Every monster has a unique skill tree to allow you to customize and tailor your party.

Strategically order your attacks for maximum efficiency, stacking your blows to create combos. Grind and find the best combo to earn the rarest monster eggs.

Keep up to date with all things Monster Sanctuary at the following locations: