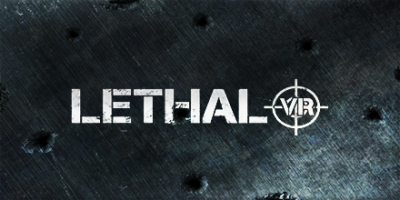 We’ve teamed up with UK based independent developer Three Fields Entertainment. Headed up by industry veterans Alex Ward and Fiona Sperry, we’re excited to announce a partnership to bring you Lethal VR, an exciting new VR arcade weapons experience on Steam and PlayStation®VR.

Lethal VR is an immersive Virtual Reality weapons experience for the PlayStation VR and HTC Vive, brought to you from the creators of Burnout, BLACK and Dangerous Golf.

Lethal VR puts you in the shoes of an FBI recruit being assessed in a fast action, arcade style shooting experience inspired by classic arcade gun games from the past. Enhanced with VR technology that brings a new level of immersion never seen in the genre before.

Developed using the latest iteration of the powerful Unreal engine, Lethal VR will be available 8th November for HTC Vive on the Steam store. A PS VR version will also be available by the end of the year.