Introducing King Of The Castle | A streamer-led game! 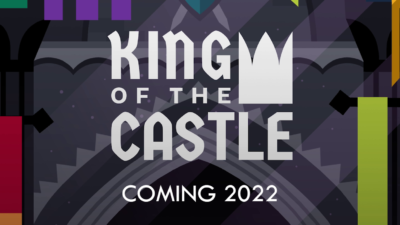 King of the Castle, a narrative-driven, streaming-led, PC multiplayer game set in a fictional fantasy kingdom, in development at London-based studio, Tributary Games, coming to Steam in 2023! 👑

Take your rightful place on the throne and lead a fantasy Kingdom to a new Golden Age or to catastrophic disaster! Play with 3 to 3,000 other players who will make up your Council of squabbling Nobles and will vote on your every decision. Face difficult dilemmas where every option has far-reaching consequences for the Kingdom. Navigate politics, regional conflicts, and perhaps even all-out rebellion as your untrustworthy vassals scheme to overthrow you.

King of the Castle is a multiplayer fantasy game of shifting power dynamics and intrigue where the narrative is driven by its players. It features two co-op game modes:

In Web Mode, your friends can join your game as Nobles and vote on your decisions through their web browser on mobile or desktop – meaning that only one player needs to own the game.

In Streamer Mode, King of the Castle is fully integrated with the Twitch API. As the Streamer, you’ll play the Monarch and – with a simple “!join” command in chat – your audience can play as up to 3,000 Nobles of the Council, using chat commands to vote on your decisions and influence the direction your Kingdom takes!

Upon joining the game, the Nobles on your Council are sorted into different regions of the Kingdom. One moment these regions will be pitted against each other – the next, changing circumstances will turn them into uneasy allies.

Each Noble will hail from one of the following lands:

Based on your decisions and the votes of the Council, over the course of your reign, some of these regions will become wealthy and prosperous, while others will descend into anarchy, or rebel against your rule.

As the Monarch, it’s up to you to keep them in check.

King of the Castle Key Features 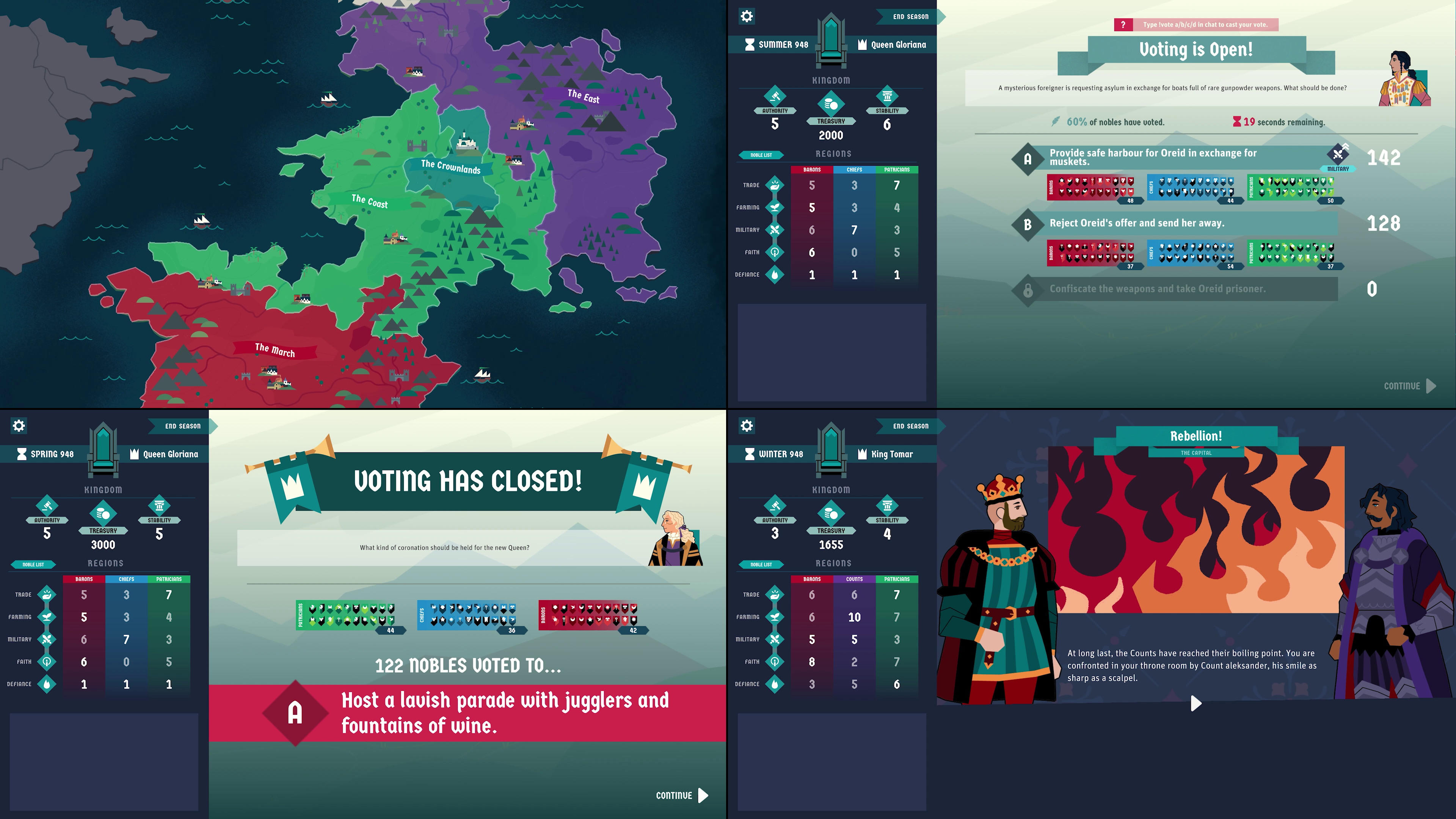 Wishlist the game on Steam today!