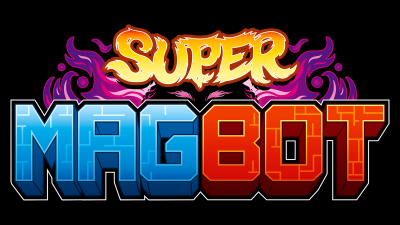 Super Magbot is a challenging 2D platformer where you can’t jump! You must utilise your magnetic powers to quickly and precisely beat each level and save the galaxy from a terrible fate.

The system of Magnetia is in great peril as an evil villain tears through the galaxy. It’s all down to one robot explorer to save the day – Super Magbot! Armed with the power to control both positive and negative magnetic polarities, Super Magbot must navigate through a myriad of hardcore platforming environments and save his home planet of Mag Tek.

Harness the power of magnetism to traverse and overcome over 100 unique and brutally puzzling levels – Super Magbot will be available on Steam for PC, 2021

We’ll be sharing more information on Super Magbot in the near future, but until then, sign up to the Team17 newsletter and follow our social channels to keep up to date with the latest news!