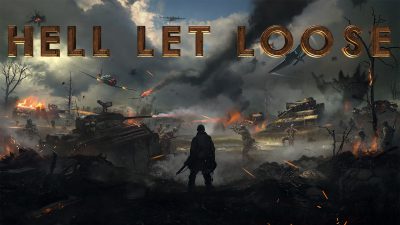 To celebrate today’s news we’ve released a new trailer that showcases both the US and German forces as they prepare to clash in fierce combat:

Recruits looking to fight on the frontline can secure their place in three upcoming betas ahead of Early Access launch, as well as kitting themselves out with two exclusive pre-order helmets by pre-ordering now!

Players can enlist for battle via two pre-order options:

Purchase the Soldier pack for Hell Let Loose to receive:

For players looking to head to the frontline with a full unit of friends, the Unit Pack for Hell Let Loose contains:

Those that pre-order will gain access to the first upcoming beta that begins on Friday April 5th at 11am GMT / 7am ET / 4am PT!

Prepare to fight across a brand new map: Sainte-Marie-du-Mont as players recreate a critical engagement between the 101st Airborne Division and the German Wehrmacht on D-Day! The beta will also feature the sprawling, dense woodland of our Hürtgen Forest map, where players will engage in the fierce battles between American and German forces that occurred in the winter of 1944.

Join the Hell Let Loose community and keep up to date with the latest news at the following locations: