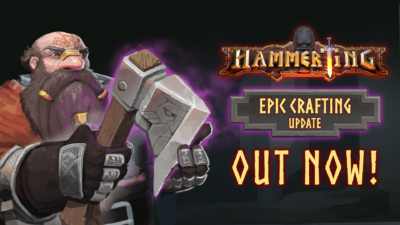 We’re delighted to announce that Hammerting will launch on Steam — November 16th!

Nestled away in the Mountains of Mara, Hammerting follows a community of dwarves as they explore, build, craft, and mine to develop their stronghold. From humble beginnings and a handful of dwarves, develop their base to unparalleled depths underneath the mountain range, as they send valuable resources, weapons, and supplies to the surface.

Pickaxes at the ready, the Mountains of Mara await:

Throughout its time in Steam Early Access over the past 10 months, Hammerting has received a hoard of updates that’s built upon a solid foundation. These have included The Fluids Update, which brought lava and water to the cavernous environments the dwarves call home, together with new tavern and drinks recipes, ingredients, and knowledges. The Overworld Update introduced an overhauled Overworld featuring procedurally generated factions, locations, and roads. Most recently, June’s Automation Update streamlined dwarven efficiency alongside the addition of a win state that challenges players to prove their dwarven mining prowess.

Control the destiny of the dwarves: As the colony grows active management of the dwarves, including the friendships they make and their morale, will be key to helping the war effort
Design and create the ultimate base: Bore and upgrade a variety of rooms, from forges and sculpting studios to taverns and auxiliary functions and help the colony craft the ultimate base
Help with the war effort: Build and upgrade a variety of items through a deep levelling system
Discover valuable materials to quarry: Venture into the bowels of the mountainside & face increasingly perilous situations. 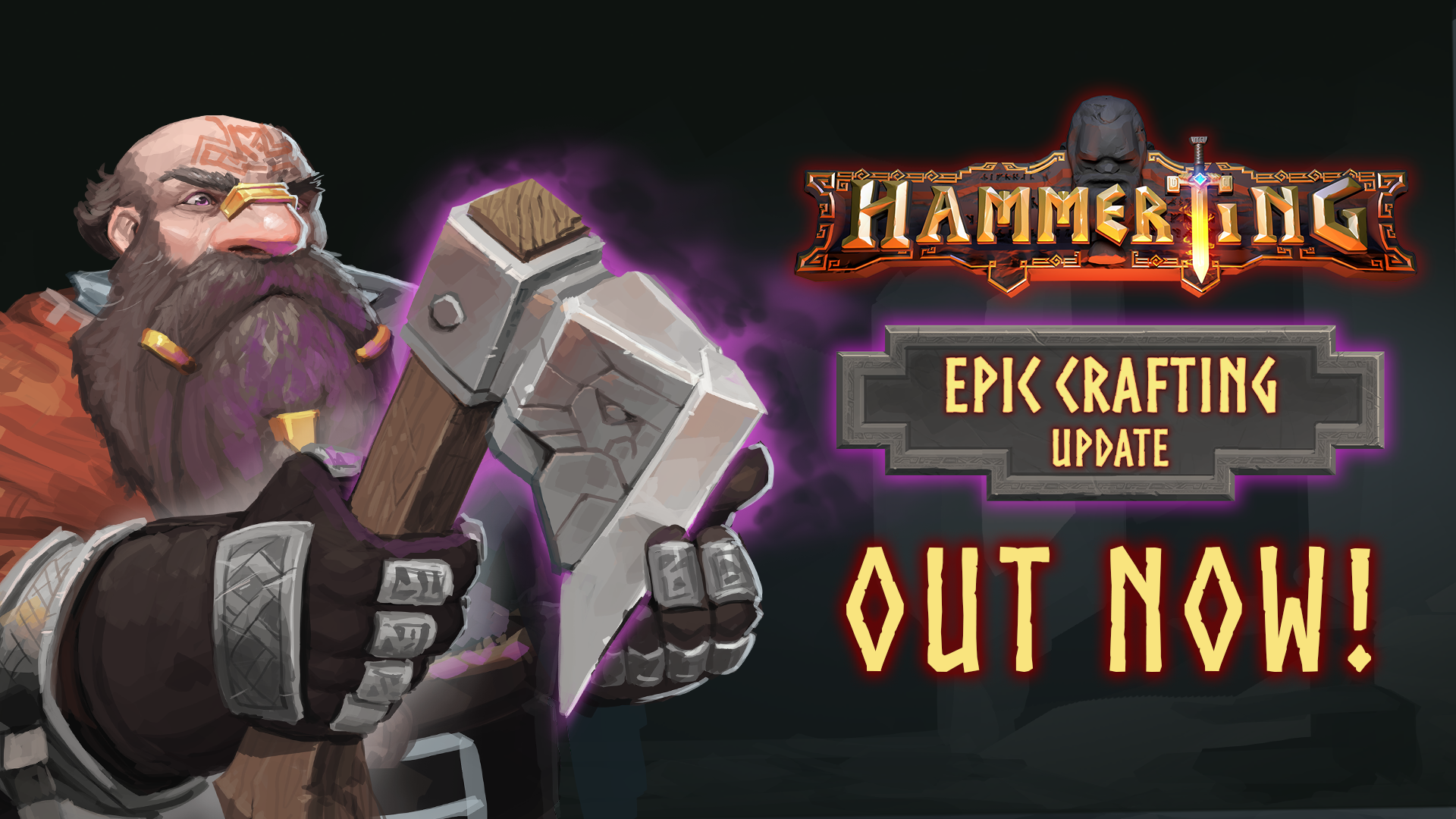 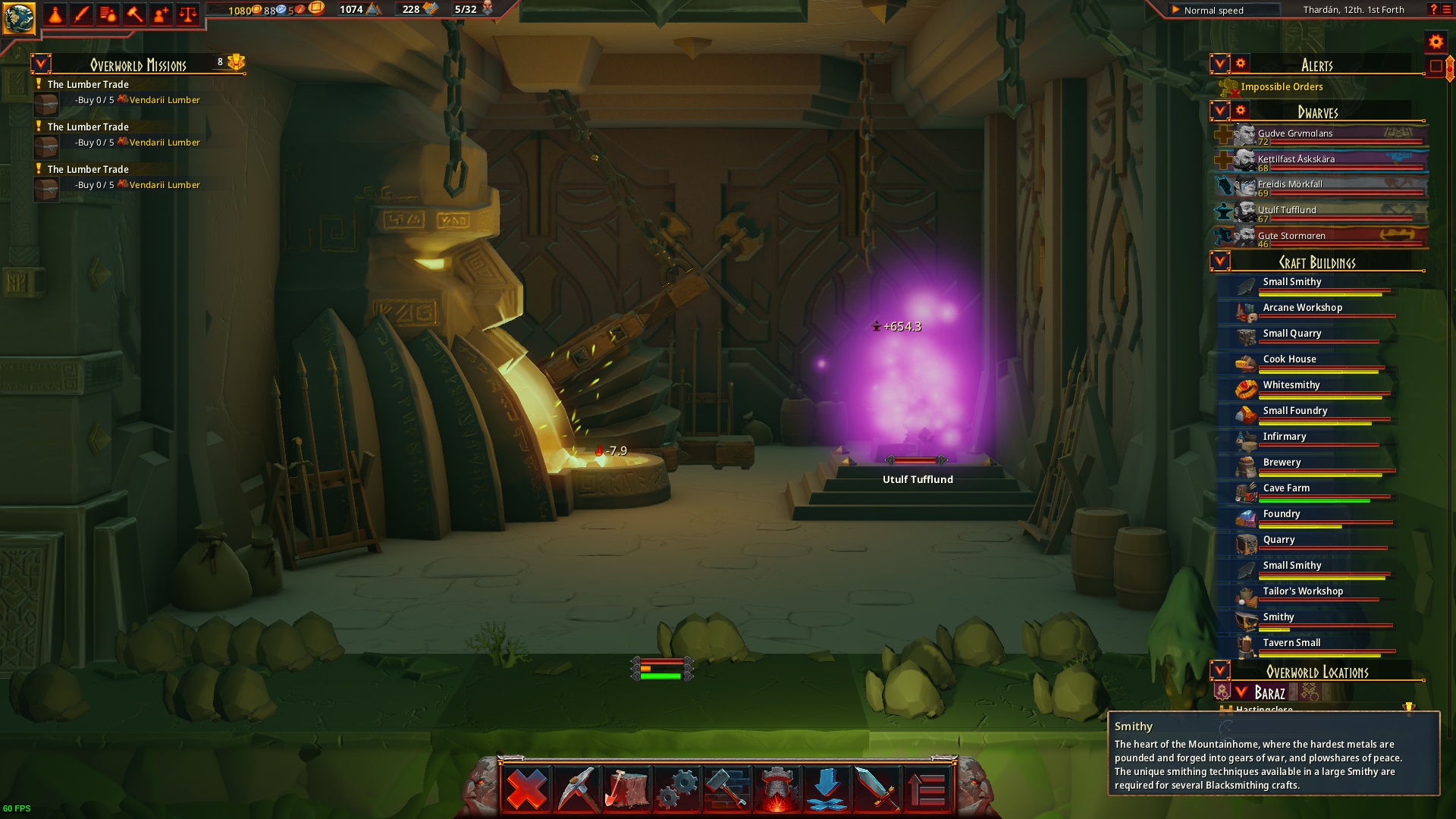 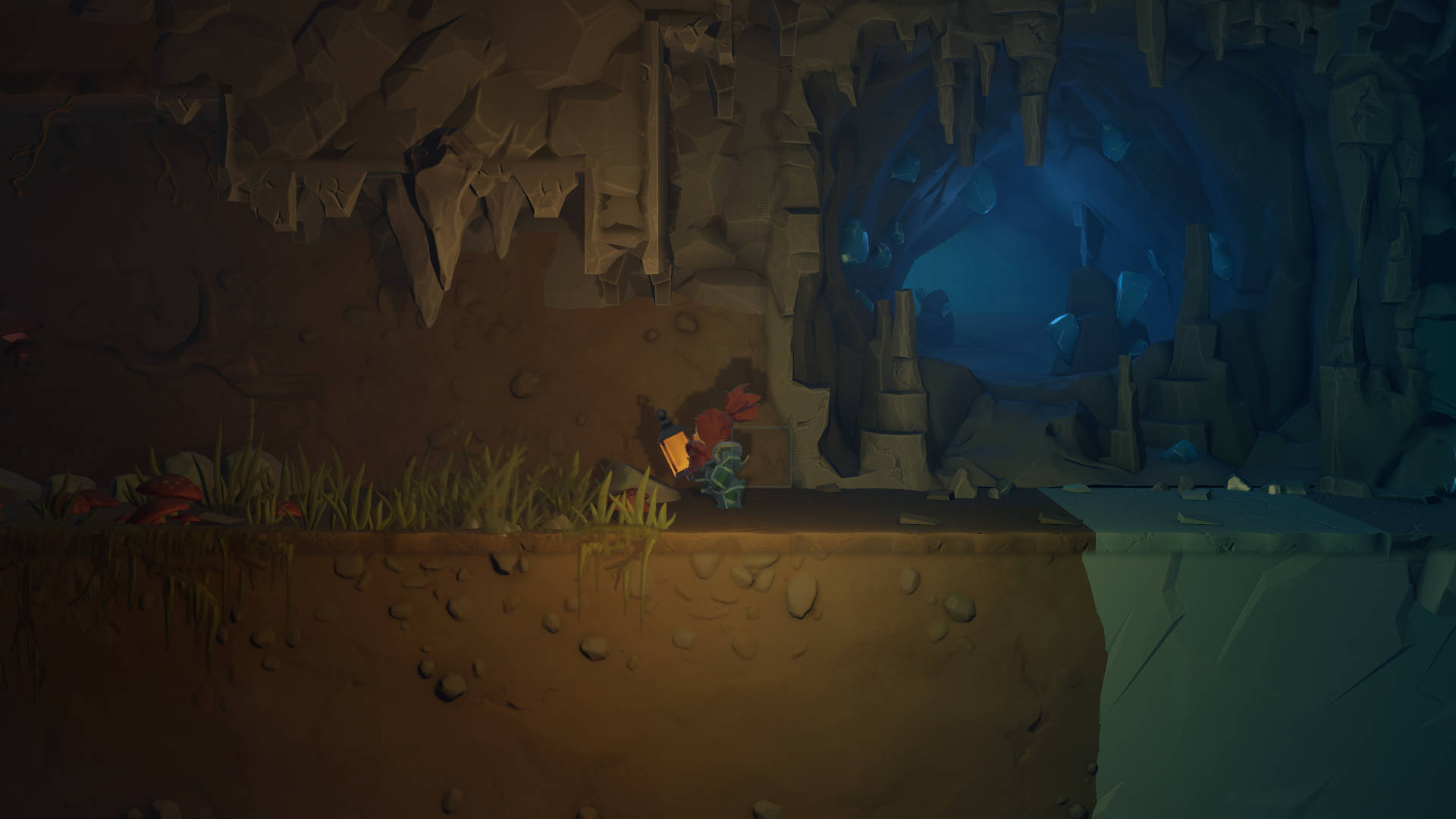 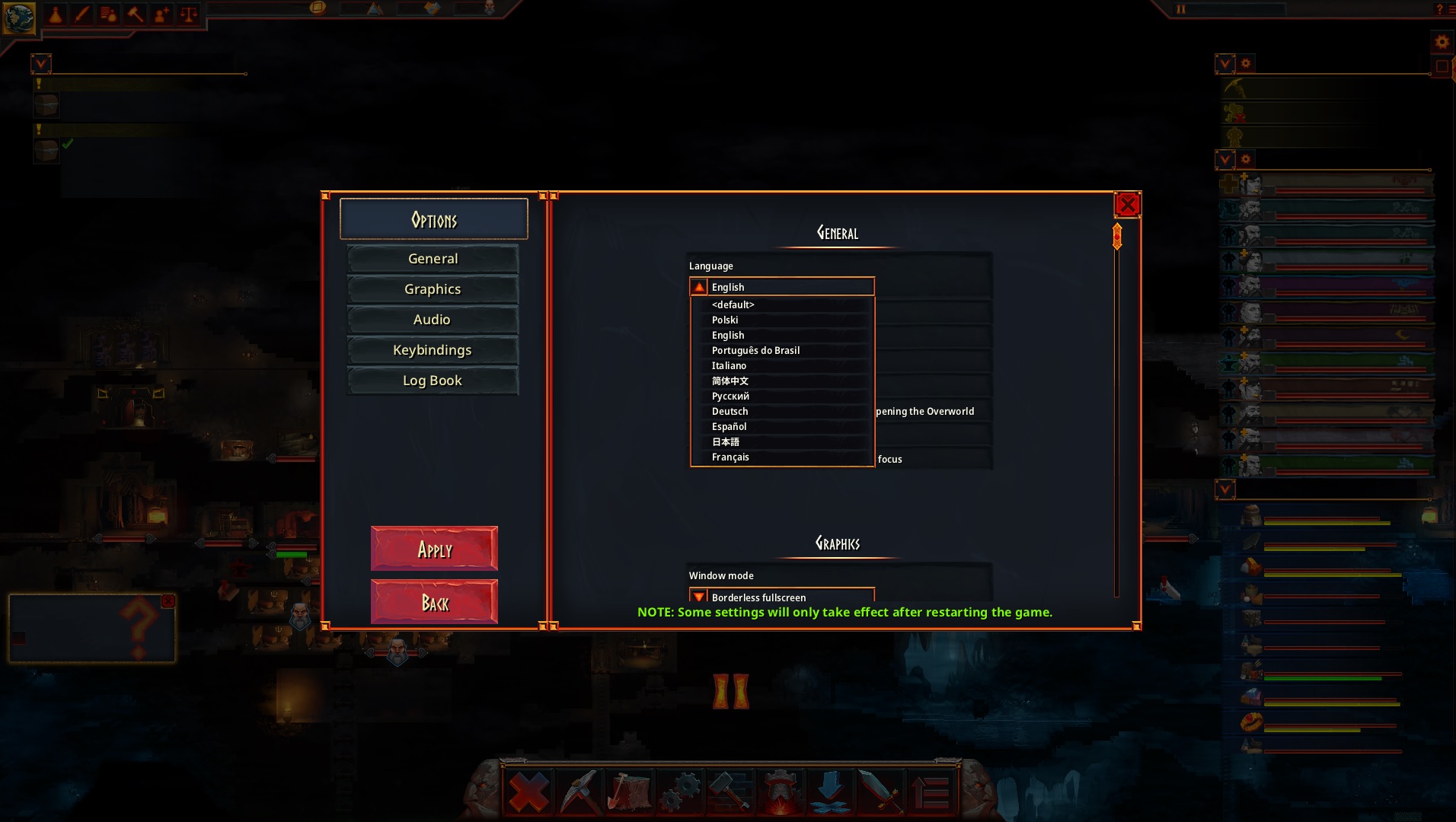 ⦿ Added a single character to the code, actually very big optimization much wow. (Removed copying a huge object)
⦿ Alerts evaluation runs in parallel.
⦿ Checking if a dwarf is in fluid or in a new biome is now done more seldomly.
⦿ Crafting buildings now evaluates if an item is wanted quite a lot faster.
⦿ Hauling significantly optimized.
⦿ Reduced the visual range of some lights in buildings, and removed a couple of lights as well.
⦿ Removed unnecessary allocations.
⦿ Toolbelts don’t recalculate their modifier cache when an item is moved between backpacks.
⦿ When a hauler reaches a target, it can now pick up multiple items in one go.

Adjusted modifiers for all Pens and Needles to remove various superfluous bonuses to Preciousness and Hardness.
Changed recipe for Runic Bone from 2x Fabric to 1x Slime
Crabs drop slightly more loot, and crab items can now occasionally be found on the Overworld in select locations.
Craft buildings now have an inventory size of 120 instead of 60. This is a temporary fix until we can make item reservation logic smarter.
Difficulty setting now affects enemy armor.
Drills now mine over their whole construction area.
Drills now require much less fuel.
Eggs and Hide are now more plentiful on the Overworld.
Elevator rails will no longer dig into the background. They can now be built in front of Grottos. Due to this, if you load an older game, it will take an extra bit of time to load.
Increased Preciousness of Demon Bones significantly.
Increased Preciousness of gems.
Overworld locations of the same type has less chance to end up near each other.
Rats drop rate of hides and bones slightly increased, meat drop slightly reduced.
Slightly increased the amount of Adamantine, Heavy Metal, and Platinum in the cave.
Slightly increased the amount of hides available on the Overworld.
Slime King has more HP and more armor.

Discovering biomes and locations now count as progress towards Cave Missions that want Mountain Lore.
Fixed a case where Ratholes could get placed without a path to it.
Fixed crash that could happen with a specific outliner setting.
Fixed die roll for critical success/fail.
Fixed large vault layout.
Non-items, such as biomes or dwarves or locations, no longer have a Coin value.
Railway station now tiles properly.
Rat Hole discovery mission now starts at 1/3.
Statusbars such as health will now be at max if the entity has a modifier increasing the max value.

⦿ After harvesting a mushroom, the mushroom wasn’t guaranteed to actually make it into the dwarf’s inventory.
⦿ Any mushrooms marked for harvesting or loot objects marked for rummaging will now get a proper reservation after load. This fixes a long-standing bug where a mushroom could be hauled to a chest, and a dwarf would then think they could go to the chest to harvest it.
⦿ Fixed crash that could occur when a dwarf or creature spawns in a room without exits.
⦿ Fixed crash when crafting Mushroom Stew.
⦿ Fixed crash when destroying a mine cart.
⦿ Fixed crash when destroying a rail station.
⦿ Fixed load crash for old save games.
⦿ Fixed logic for when to dump items into a container.
⦿ Fixed potential memory corruption when spawning new entities.
⦿ Removed unnecessary audio assert.