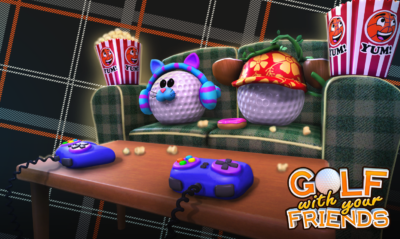 ICYMI – We’ve dropped a brand-new mode and cosmetics pack for you to try out!

Get ready for this exciting new update, with the patch notes! This update features lots of improvements to the level editor, thanks to some fantastic and much appreciated community feedback, as well as various bug fixes.

Improvements to the Level Editor from community feedback:

That’s all for now, Golfers! Be sure to keep up to date on our social channels to be the first to know about future updates! 🏌️‍♂️

Couch Mode is a free update, that releases on Xbox One, Steam, Nintendo Switch and PlayStation 4 on November 28th. The Pizza Party Cosmetics Pack will be available on the same date for all platforms except for Nintendo Switch, which due to unforeseen circumstances will be delayed until December 19th.