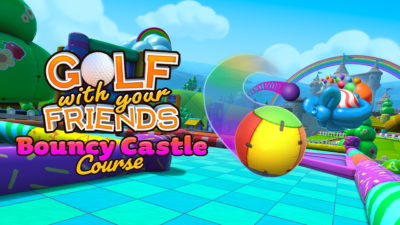 Find below all the changes that will come alongside the new Bouncy Castle course coming out later this month, on June 21st! We’ll post more detailed patch notes closer to the time.

Improvements for All Platforms

The Bouncy Castle Pack, The Summer Party Cosmetics Pack and The Racing Cosmetics Pack for Golf With Your Friends releases June 21st on Steam, Xbox, Nintendo Switch, and PlayStation. This patch will also release at the same time.