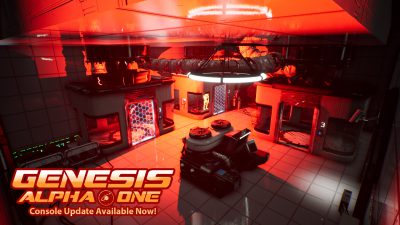 Captains of the Genesis Project,

Mission Control has been hard at work since Genesis Alpha One launched on Xbox One and PlayStation 4 and are pleased to confirm a new patch has now deployed and is available to all Genesis Motherships.

To apply the patch to your game simply connect to the internet and follow your consoles standard update installation process.

That wraps up today’s patch notes! Mission Control would like to wish all Captain’s the best of luck in their search for a new home for humanity.