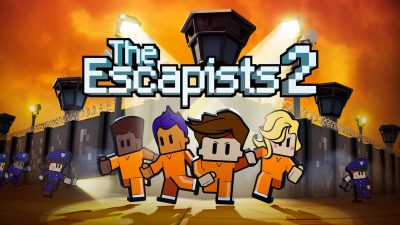 Today we’re extremely pleased to announce that the long-awaited Prison Editor for The Escapists 2 is available RIGHT NOW!

Using Steam Workshop you can create your very own prisons, play them alone or with friends, or even share them with your fellow escapists via Steam Workshop. That of course also means that you can download prisons made by other players, and have a virtually infinite stream of new prisons to (try to) escape from!

Want to get started creating prisons? Check out our handy Prison Editor Steam Guide on how to do just that! We have even created two extra prisons for you to play (Slammer Island and Gridline Correctional), so whether you want to create, escape, or both, we’ve got you covered!

Alongside the prison editor, today’s update also includes a number of fixes including ones to achievements, animations and performance.

Let us know what you think of the editor, and what you would like to see from it in the future. We can’t wait for you to dive in and show off your creations!