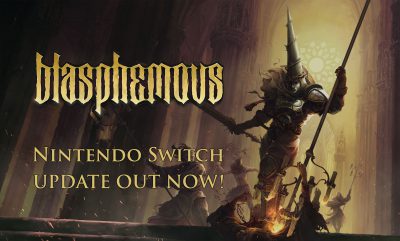 We’re pleased to announce today we have released a patch for Nintendo Switch! This update also includes Russian and Portuguese language support.

This patch is also live now on PlayStation 4 and Xbox One!

Keep up to date on all things Blasphemous! Sign up to the Team17 newsletter or follow the channels below…