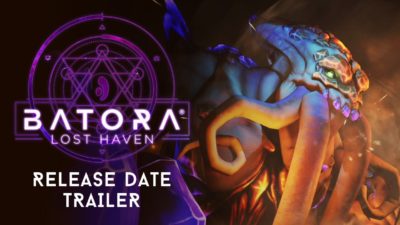 Join a galactic adventure to save Earth this autumn

Coming to PC, PlayStation®4, PlayStation®5, Xbox One, and Xbox Series X|S; play the free demo this week on Steam and at Tokyo Game Show.

Team17 has today announced that Batora: Lost Haven, Stormind Games’ upcoming interplanetary action-RPG, will release on 20th October for PC, PS4, PS5, Xbox One and Xbox Series X|S consoles, with a launch on Nintendo Switch™ to follow. Those looking to get hands-on with the game ahead of launch can head to the Steam page now until the 19th September to play the free PC demo, or check out the game live at Tokyo Game Show from 15-18th September.

In Batora: Lost Haven, explore a range of unique alien planets and discover a galaxy in which morals are blurred and the line between right and wrong is mercilessly thin. Harness unlikely hero Avril’s unique abilities to perfect different combat styles and defeat deadly foes, solve intricate puzzles, and take on quests from curious alien inhabitants. Every choice you make will shape your journey and forge the way you carry out your final mission… Restoring your Lost Haven.

Check out a cosmic new release date announcement trailer below: