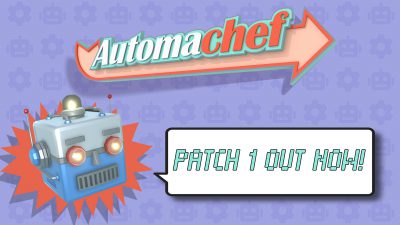 With a focus on bug fixing, this patch was built around feedback from both our PC and Nintendo Switch Automachef players. Thanks community!

For Automachef players on PC, this patch went live last week! You can read the PC specific patch notes here.

Keep up to speed with all things Automachef by: