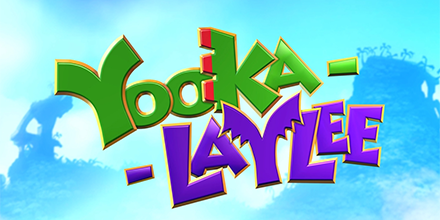 The Yooka-Laylee Soundtrack is available for pre-order now!

Yooka-Laylee’s Whimsical Soundtrack is Coming to Vinyl, CD and Digital

We’ve teamed up with Laced Records to release the official Yooka-Laylee soundtrack on April 7th, worldwide on CD, Double LP and digital platforms. Physical versions are available to pre-order now on the Laced Records store.

“It’s great to be celebrating the release of the game with a separate soundtrack release.  We’ve had the pleasure of humming these tunes all day throughout development and were blessed to have great composers write music for us in their renowned style” said Gavin Price, MD of Playtonic.

The Yooka-Laylee soundtrack will comprise of 28 original tracks, with CD and digital versions including 10 extra tracks of variant compositions.

The double LP set spreads the listening experience across two deluxe 180g vinyl records, pressed on vivid purple and green, reflecting Yooka-Laylee’s titular heroes and is packaged within a deluxe heavyweight sleeve. The CD will be presented in a deluxe gatefold sleeve, with both formats featuring gorgeous artwork from the game. A digital download of the full album is also included exclusively with vinyl purchased from the Laced Records store.

Yooka-Laylee enthusiasts and fans of all video game music can pre-order the CD and vinyl right now, at lacedrecords.com

Yooka-Laylee launches on Xbox One, PlayStation 4, PC, Mac and Linux on the 11th April 2017 and is available to pre-order digitally now via the Xbox Store, PlayStation Store, Steam and GOG. A boxed version is also available for PlayStation 4 and Xbox One from select retailers.