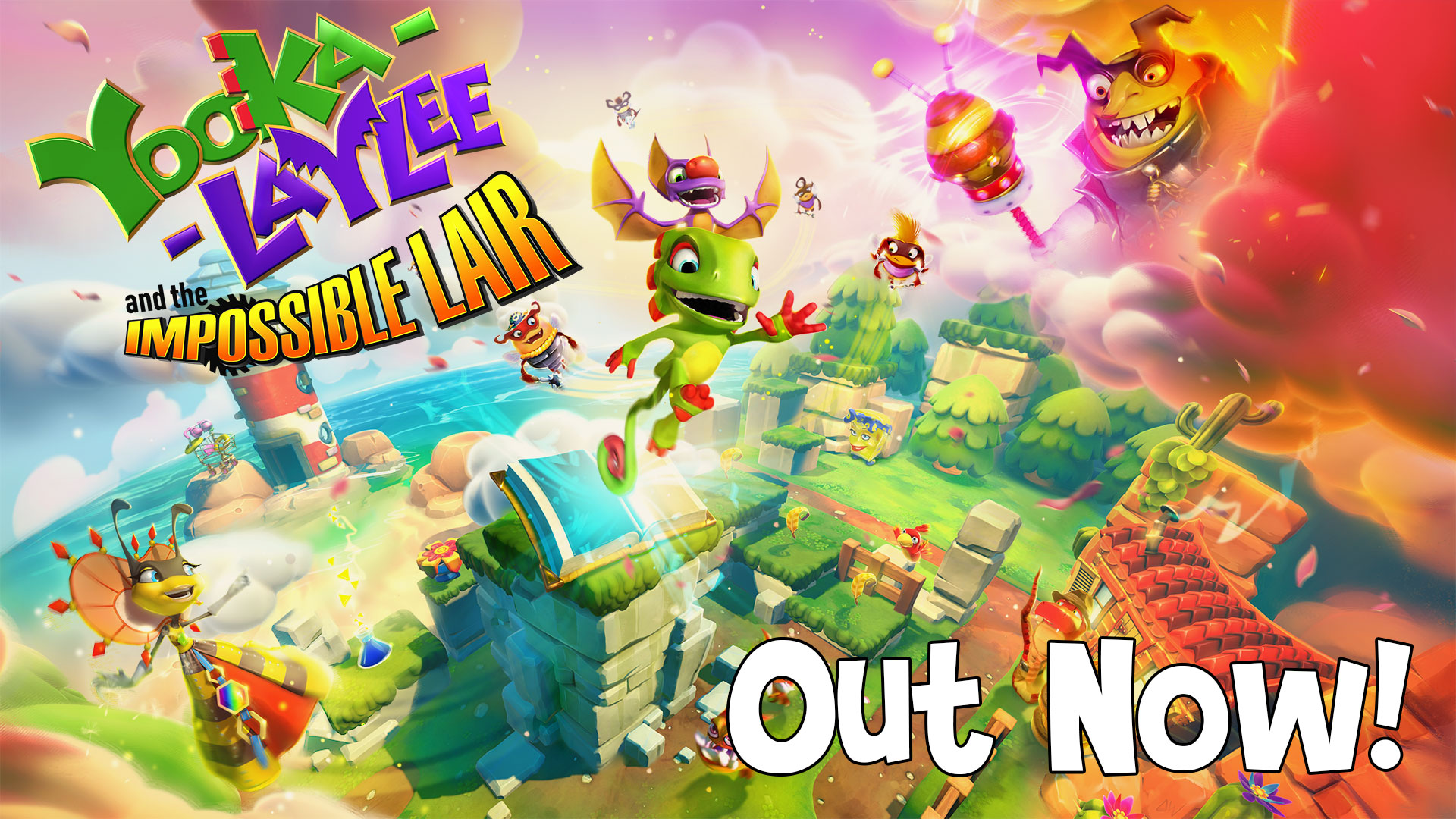 Yooka-Laylee and the Impossible Lair – Out Today!

Yooka-Laylee and the Impossible Lair launches today on Nintendo Switch, PlayStation 4, Xbox One and PC – you better BEE ready to take on Capital B’s most dastardly challenge yet!

Yooka and Laylee must combine their abilities to take on a series of challenging and vibrant levels, some of which have alternate states too! There’s also a beautiful 3D overworld to explore with puzzles to solve!

Mix up your gameplay with the return of ‘Tonics’! There are more than 60 game-modifying Tonics in Yooka-Laylee and the Impossible Lair including infinite rolling, harder enemies and super speed. They can also unlock new environmental and visual effects!

Want to see more? Head over to the Steam store page today where we’ll have live gameplay broadcasts taking place throughout the day!