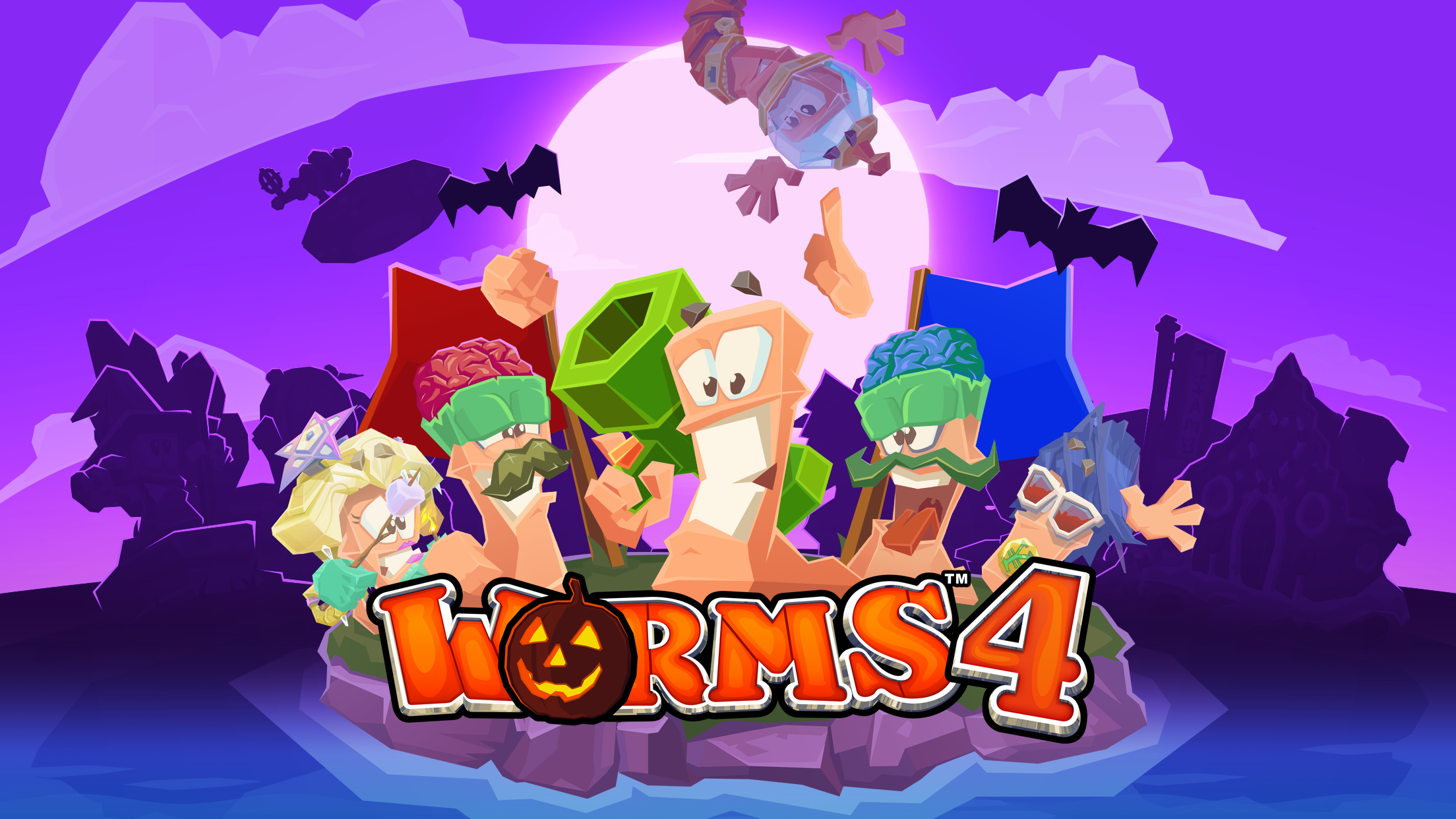 In honor of the spookiest time of year we’ve updated Worms 4 with some new Halloween themed content. We’ve also included some new fixes to make the experience as fun as possible. On top of that, you can also pick Worms 4 up with a 50% discount for a limited time only

– *New Weapon* The ‘Voodoo Doll’ is a brand new Utility ready for you to use. Damage an enemy Voodoo Doll, and feel that damage get dealt straight back to you!

– *New Outfit* FREE scary outfit for you to enjoy in the Customisation menu!
– The Commanding Officer was also wanting to get involved in the spooky festivities, so we’ve given him a bit of a makeover.
– Various bug fixes and improvements which includes an issue which was preventing players from signing into Facebook through the game.
– Fixed an issue which was causing loss of connection during network matches