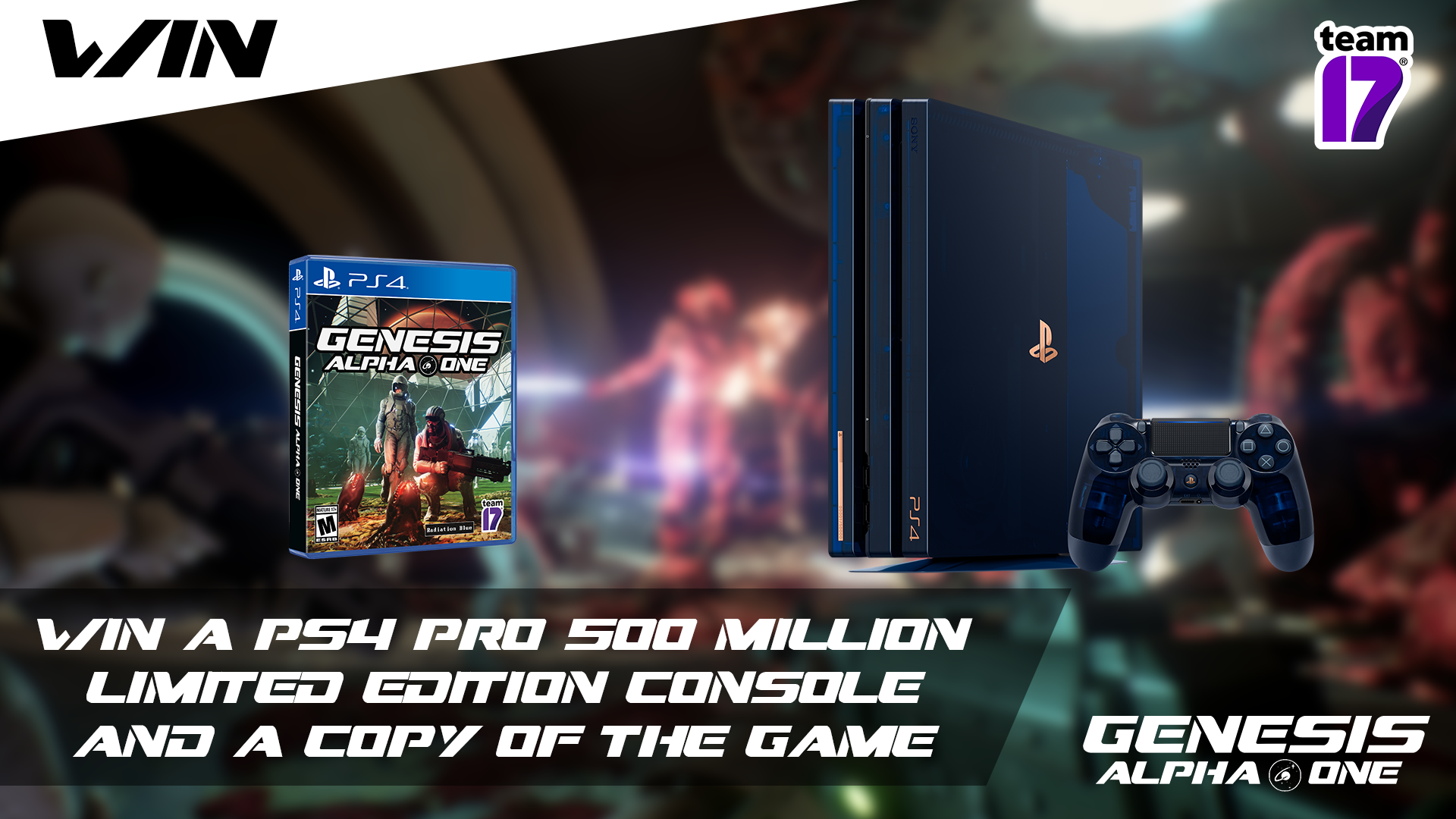 WIN a PS4 Pro 500 Million Limited Edition console and a copy of Genesis Alpha One!

To celebrate the upcoming launch of our sci-fi roguelike shooter Genesis Alpha One on 29th January 2019, we are giving you the opportunity to win a PS4 Pro 500 Million Limited Edition Console and a physical copy of the game!

Genesis Alpha One mixes thrilling roguelike mechanics with deep ship building and fast first-person action, putting you in the role of an interstellar pioneer. In a near future ravaged by wars, corrupt regimes and devastating pollution, influential corporations have created the Genesis program in a last-ditch attempt to save humanity.

For a chance to win, follow the instructions below and perform one or more of the actions. Remember, the more actions you complete the more chances you have of winning!

The Escapists 2 is heading to mobile!
Genesis Alpha One – FAQ