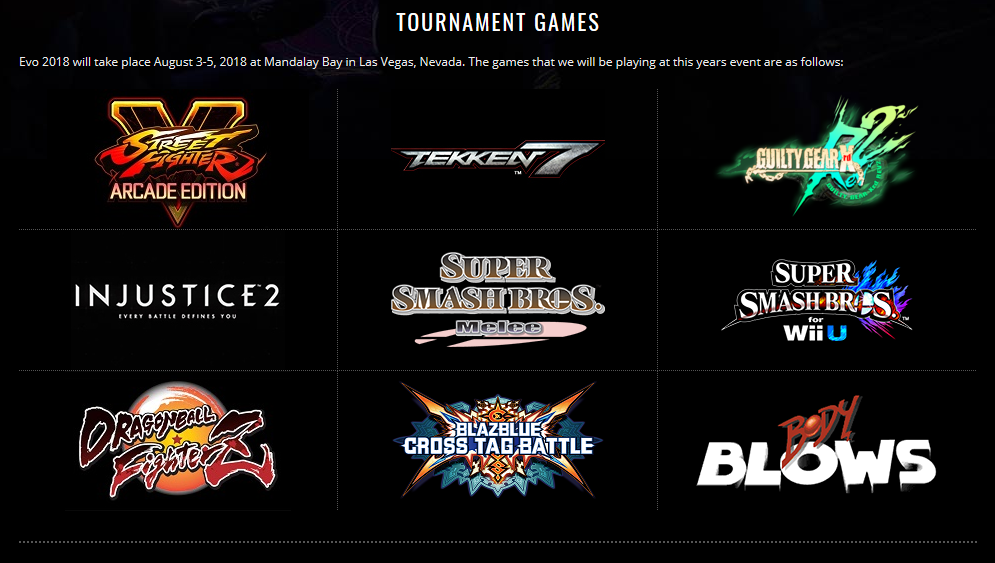 2018 marks the 25th anniversary of Body Blows, the ground-breaking arcade fighting game sensation that we first brought to your screens on the Amiga line of home computers, and we now feel the time is right to take this fan favourite release onto the tournament scene at the biggest fighting game tournament in the world!

This August, the Amiga version of Body Blows will join the likes of Street Fighter V, Tekken 7 and Super Smash Bros. at the world famous Mandalay Bay during EVO 2018 – the largest and longest running fighting game tournament there is!

Over three days, the most talented pro gamers in the fighting game community will compete as iconic fighters Nik, Junior, Loray and Dan for the glory of being the first ever Body Blows World Champion, a big cash prize and, best of all, a one-of-a-kind gold plated Amiga CD32!

Representing the UK at EVO will be esteemed pro gamer and diehard Amiga fan, DanTDS, who you can read an interview with below! To celebrate the tournament, we also have 10 digital copies of Ultimate Body Blows on GOG.com to giveaway! Scroll to the bottom of the page to find out how you can enter!

TEAM17: Hi Dan! Congratulations on being the first person to represent the Body Blows community at an event like EVO. You must be pretty excited!

DAN TDS: I am! I’ve been playing Body Blows ever since 1993 and never stopped playing it! Even after Body Blows Galactic and Ultimate Body Blows came along, there was still something “unputdownable” about the original. I can’t believe it’s now finally earned its rightful place alongside the likes of Street Fighter and Mortal Kombat.

T17: What was it that attracted you to Body Blows all those years ago?

Dan: Fighting games were all the rage in the arcades. Street Fighter was the game everyone talked about at school but… I only owned an Amiga. It took ages for those games to come to my system of choice and when they did, well, I didn’t think they were quite as good as the should have been. Then I picked up an issue of Amiga Action magazine, in which they’d reviewed this game that had a whopping 92%! It called Body Blows “A smack in the teeth for Street Fighter II and a kick in the groin for every other beat’em-up.” I just knew I had to play it!

T17: After all this time you must have developed some real skills in Body Blows. Do you have any wisdom to share?

Dan: Well I don’t want to give away all my secrets but one thing I do recommend is to ignore joystick controls! Amiga never really had an arcade stick in the same way modern consoles do but who needs one when you have the ultimate controls built into the system itself? I only use keyboard controls to play Body Blows. With a different key underneath every digit, you can play like a ninja and you’ll be unstoppable!

T17: Good tip! Speaking of the competition, who do you anticipate will be your fiercest rival at EVO?

Dan: Actually… I don’t think there are any other tournament level Body Blows players. I might be the only one! Maybe someone reading this would like to enter? Otherwise, I’ll just be playing against the CPU… Which I can beat around 30% of the time, so I’m pretty confident.

Thanks for your time, Dan! We can’t wait to see you compete at EVO… Even if you are playing by yourself. Everyone else, why not enter our competition below to win a copy of Ultimate Body Blows?

COMPETITION: WIN A COPY OF ULTIMATE BODY BLOWS!
To celebrate the 25th anniversary of Body Blows and its debut at EVO, we have 10 digital download codes for Ultimate Body Blows on GOG.com to giveaway! To be in with a chance of winning, all you have to do is the following…

The competition closes at Midnight BST on April 1st 2018. After that, we’ll select 10 entrants at random and direct message them with their download code!