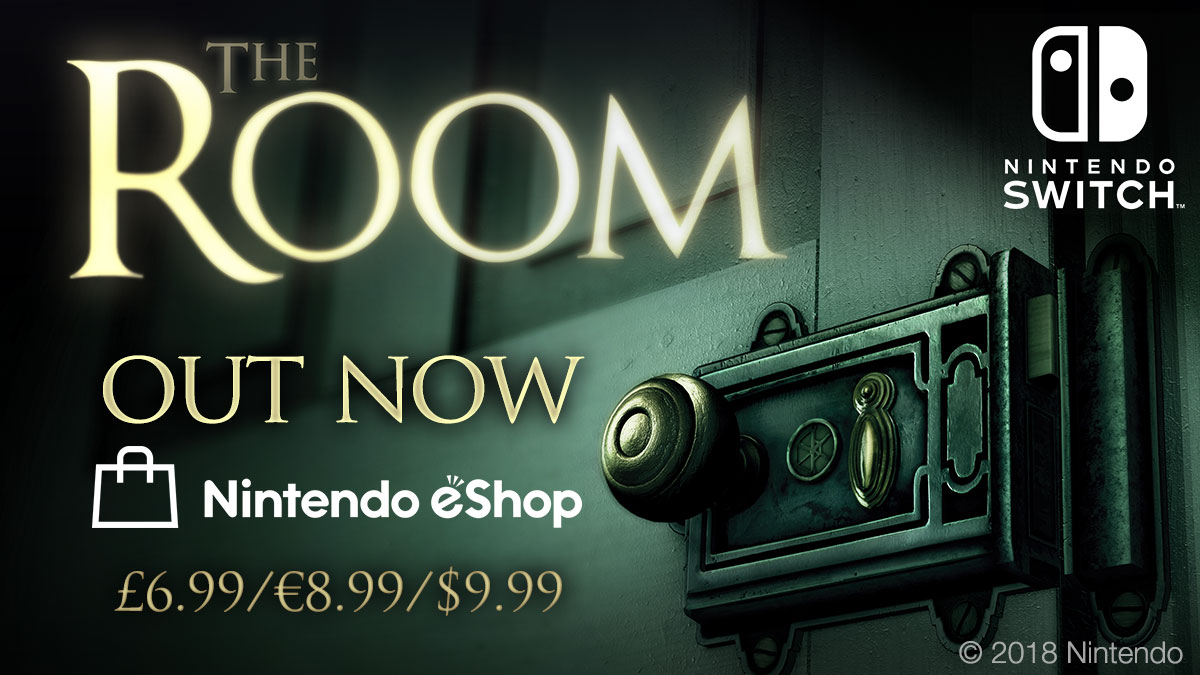 The Room is available now on Nintendo Switch!

Delve into the mysteries of award-winning The Room, available today on Nintendo Switch eShop. This 3D puzzler by Fireproof Games has been rebuilt and remastered for Nintendo Switch to offer a next level portable puzzle experience, that can be played both with touchscreen controls in handheld mode and with joy-con controls in docked mode.