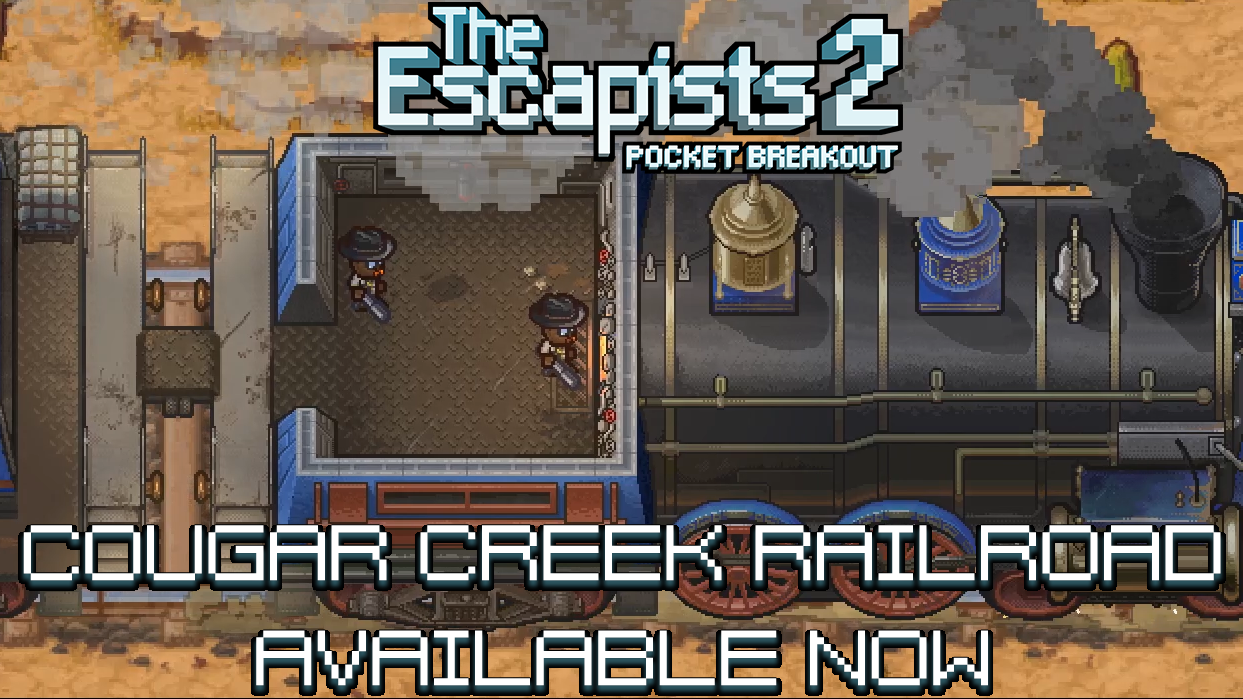 We’ve just updated The Escapists 2: Pocket Breakout on iOS and Android to now include the first of three transport prisons, Cougar Creek Railroad!

Transport prisons are different from the normal prisons because they are timed. Your task is to escape the moving vehicle – which is a train in this case – before it arrives at its destination (and puts you back in normal prison). You don’t have to worry about routines, favours or other inmates. You just have to figure out how to escape. There are unique escapes to discover whether you’re playing alone or with friends; will you make your way to freedom?

Whether you’re a new or existing player, all you’ve got to do to check out Cougar Creek Railroad, is to download the new – and FREE – update. As a reminder, we’re working to bring all existing The Escapists 2 content to The Escapists 2: Pocket Breakout, via continuous updates in 2019 and beyond. This means that we’re still going to add at least nine additional prisons to the seven already available. We hope you’re up to the challenge of escaping them all!

Think you might need some help? Check out our Guide to Freedom which should help you get started.

Win A Golf With Your Friends Steam Key With Our Shot Of The Month Competition
My Time At Portia – Out Now On Consoles!