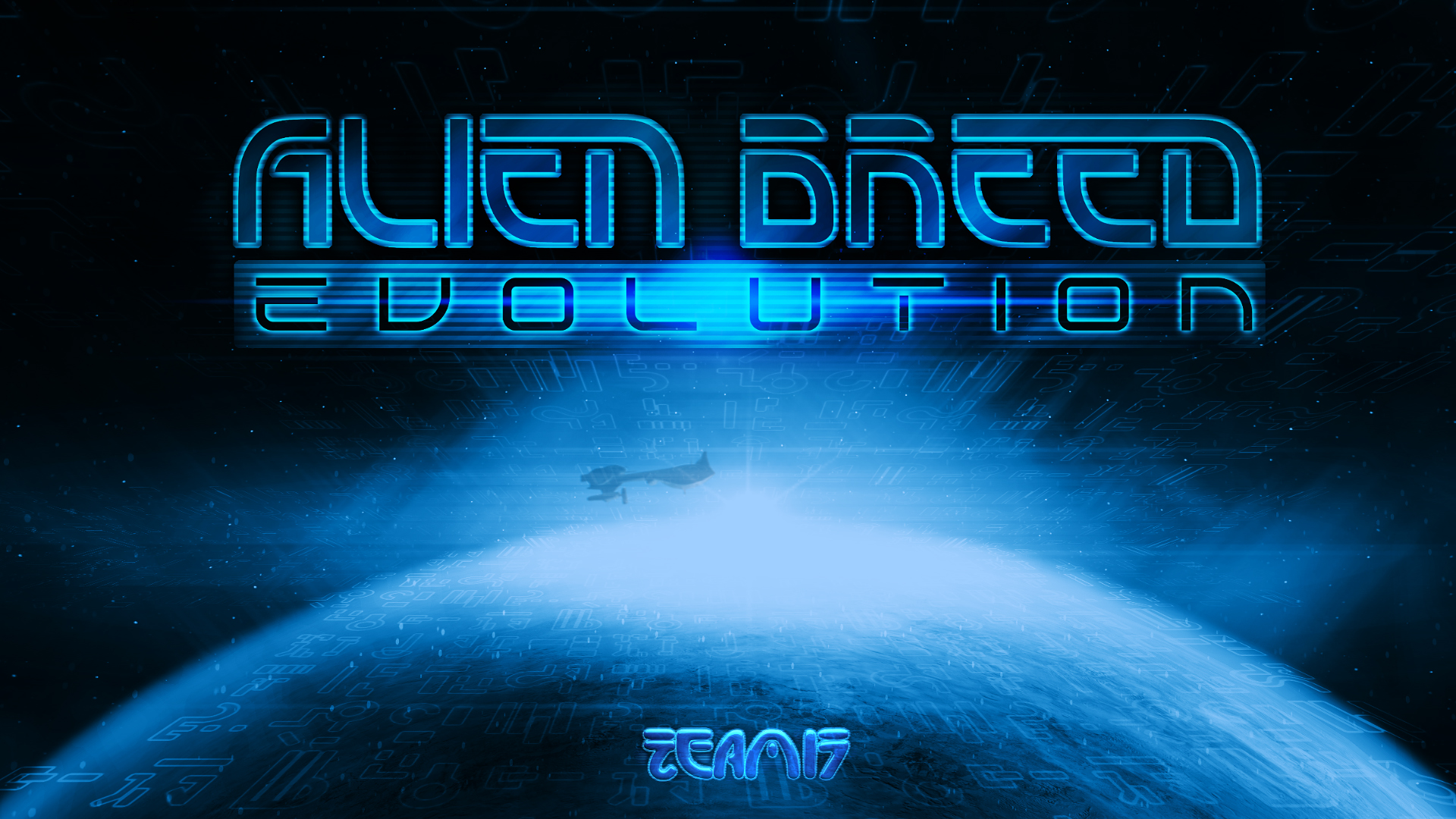 Welcome to the latest chapter in our history of Team17’s first 100 games, celebrating the release of game number one hundred, PLANET ALPHA. In this chapter, we jet back to 2009, the year in which we got to grips with Unreal Engine, revived a series Team17 fans had missed for years and revived another they hadn’t!

Much like Army Men: Major Malfunction before it, Leisure Suit Larry: Box Office Bust is a Team17 production you probably don’t hear that much about these days but was important in keeping a growing studio busy during the time before digital distribution and self-publishing paved the way to independence.

In 2009, Larry was also our most ambitious game to date. Based on a series that had been around since 1987 – three years before Team17 was founded – featuring open-world gameplay, a huge script with full voice-acting and our first Unreal Engine development, it was quite the task! And that’s before you even factor in a change of publisher mid-way through production! “To be honest, I think we bit off a little more than we could chew,” says programmer Charles Blessing. “There are so many different gameplay elements in Box Office Bust that we didn’t really get a chance to do them all justice.”

“It was Team17’s first title developed using the Unreal Engine so to the designers and maybe the artists it felt a bit like the sky was the limit,” says designer Mark Dimond. “The coders, as ever, attempted to keep us a little more grounded! We had a lot of publisher freedom to sketch out story direction, which was then fleshed out and splattered with obligatory Larry-style dodgy puns by a Hollywood scriptwriter.” 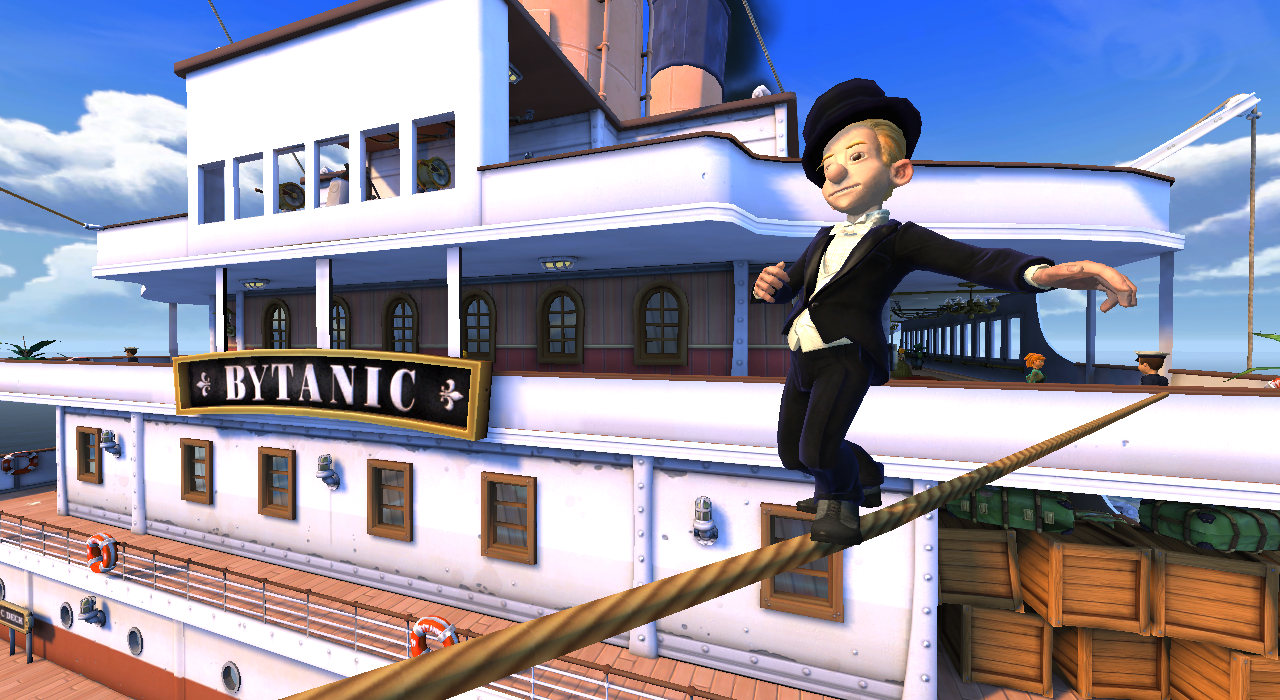 With its Hollywood setting and movie parody stages influenced by the likes of Thriller, Titanic and various westerns, Box Office Bust justified a cinematic approach to its story. A cast of famous actors, including Jeffrey Tambor, Shannon Elizabeth, Patrick Warburton, Carmen Electra and even the late, great Peter Graves all leant their voice to the game, while comedian and frequent Adam Sandler collaborator Allen Covert was brought in to write the script.

“We had to write placeholder dialogue for the game while we waited for the official scriptwriter to punch up the script,” recalls producer Mark Baldwin. “Nearly everything we wrote was discarded, but I do remember the writer commenting that something I had written in the wild west section had made him laugh, so it stayed in. Though I can’t take credit for that, as the line was inspired by an episode of Red Dwarf!”

Rory Little, back in the UK and returning to Team17 after living in Japan and working on Shadow of the Colossus, found himself on the art team for Leisure Suit Larry.  “All the 50 or so characters had to be modelled, high-poly sculpted and textured, all inside a single year, which was a very tall order! For me, the upside was the daily joy of sculpting so many interesting characters: Larry himself, in several different costumes; cowboy villains; roadkill zombies with tyre tracks through their stomachs; and of course, pin-up style heroines. This was the only time in my career when surfing dodgy websites for images was approved research!”

Sadly, all of the hard work on Box Office Bust failed to pay off critically. It remains one of the worst reviewed games in Team17 history, with a PlayStation 3 metacritic average of, ironically, 17%.  There was a sense that the gaming world had moved on from the blue humour of the Leisure Suit Larry games of the 80s and there wasn’t really an audience for its particular style by 2009. In addition, the technical standard of open-world action adventure games was so high by this generation that it was difficult to compete on a gameplay level too – despite the team’s best efforts.

“The final game’s size and scope punched way above the weight of the relatively small development team,” concludes Dimond. “Some things worked, others didn’t. You could see the cracks in how far we stretched ourselves and the limits of Unreal Engine at the time, but I still remain immensely proud of what we achieved with so few people, and a lot of passion.”

Was it all for nothing? Absolutely not! Work-for-hire projects like Box Office Bust were instrumental in surviving one of the most brutally difficult eras in games industry history. The work on Larry allowed Team17 to fund its own developments and the crucial experience it gave the team on Unreal Engine made the long-awaited revival of Alien Breed possible just a few months later… Old school Amiga fans, you have Larry to thank for that!

After the incredible success of 2007’s “Worms”, which broke even in a day and proved the viability of burgeoning digital distribution platforms overnight, a sequel was inevitable. Let’s face it… It would be weird if we hadn’t done another Worms game!

While the first digital Worms was a return to the understated tactics of the original Amiga game, Worms 2: Armageddon swung wildly towards the over-the-top, explosive chaos of 1999’s Worms Armageddon, complete with exploding barrels and a festival of landscape obliterating power weapons. 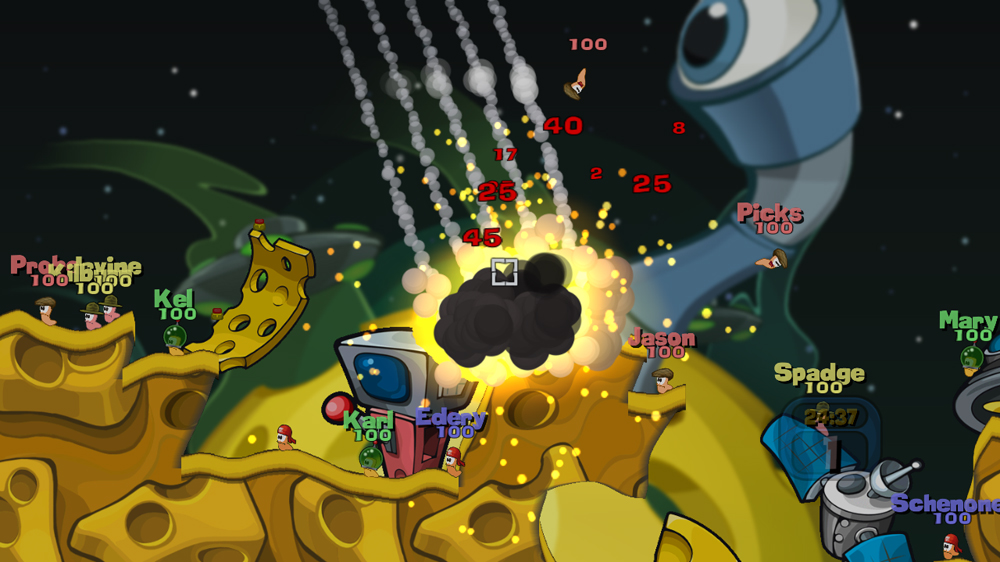 “Worms 2: Armageddon to this day remains one of my favourite projects I’ve ever worked on,” says producer Ian Pickles. “The initial team was really small but wanted to follow up Worms on XBLA with our love letter to Worms Armageddon. It was amazing to work with Grant in design to get the feel of the game as near to Armageddon as possible while also creating new campaign modes and bringing back rope racing as a personal favourite mode. The designers also added a raft of new weapons such as the ferrets and termites. Magnets were a personal favourite. We had so much fun using these in puzzles and levels to make crazy bazooka shots across the map.”

The advent of digital distribution also allowed the team to expand the scope of Worms 2 Armageddon with DLC featuring new themes and modes. What would have been an “expansion pack” sold in stores in a separate box in previous generations could now be sold directly to the player at more affordable prices… “The DLC support was lovingly crafted,” says Pickles. “The Battlepack DLC was originally designed as the ultimate battle between Light and Darkside players. We added the Worship utility to represent the factions and add a heal-over-time effect until these statues were destroyed. My favourite element was the fire effects to go along with the new petrol bomb and napalm strike which would actively burn through the ground. The team spent the time to get this just right and it looked and felt great when playing the game.”

The return to the bombastic design of Armageddon proved to be a real crowd pleaser and made Worms 2: Armageddon one of our best reviewed Worms games yet! Among the praise, Xbox World 360 awarded full marks and called it “The best Worms ever” while GamePro called the weapons selection the “best to date”. Result!

In the thirteen years since the release of Alien Breed 3D II, you’d be forgiven for thinking that we’d forgotten about the most popular game from Team17’s early years. Not so! There were several attempts to revive the Alien Breed series over the years (you can even see rare screenshots of a cancelled PlayStation 2 game here) but each failed to make it to market, often due to publisher disinterest.

But the games industry is nothing if not ever-changing. By 2009, Worms had proven the viability of digital distribution as a low risk platform, Unreal Engine (which we’d learned on Leisure Suit Larry) had streamlined the development process, and then episodic games happened!

A new trend only made possible by digital distribution, the episodic format allowed large games to be sold in smaller chapters and released to a schedule that theoretically allowed the developer to evolve the game design in response to player feedback. Some early successes in the format had led to many other games companies experimenting with episodic content, and this is where the stars aligned for Alien Breed…

“At the time Microsoft were starting to ask for episodic downloadable titles to boost their Xbox Live Arcade service, and they were keen that we develop Alien Breed as a trilogy to be released sequentially, rather than a single game,” explains designer Mark Dimond. “Since we knew there were three medium sized games to complete the story, we had room to let our imagination run. Unlike Leisure Suit Larry, in which all levels were built bespoke, Alien Breed was a ‘tile’ based game, with the artists providing lots of detailed modular pieces that the designers could assemble into any environment layout to fit our gameplay stories. We got more adventurous with our layouts as we went on.”

Mark Baldwin was producer on Alien Breed Evolution. “I loved this game, especially the artwork. I remember how much work went into the comic panel cutscenes. We had a very talented artist draw the panels and then we had another very talented artist ink over them so they could go in the game. The attention to detail was incredible, but it was such a lengthy process that we nearly ended up missing our deadlines. The design team also pulled out all stops for the boss encounters. Given the limited tool sets, they worked wonders.”

“Playing the original Alien Breed as part of the development process for the reboot, I think you can argue that we stayed very faithful to its core values as a relentlessly tense shooter, with big guns and near impossible odds,” adds Dimond. Indeed, the first Unreal powered Alien Breed was a fast, brutal and atmospheric arcade shooter. Everything you could possibly hope for after thirteen years in deep sleep… Or so you’d think. As much as longtime Breed fans were relieved to see the series back in action, they did notice that something was missing…

Anyone who played the original Alien Breed games will have fond memories of hearing “Welcome to Intex Systems” as they booted up the in-game shopping terminals to buy new weapons, upgrades and items. They were a core part of the survival-horror gameplay and though the team always wanted to put them in Alien Breed Evolution – Episode 1, there just wasn’t time. But after fans and critics expressed their disappointment, the team took the opportunity not just to add them to the next episode but to add them back into the first one for its PC and PlayStation 3 ports. The shop and upgrade system was added in, aliens were visually re-designed to appear more distinctive, improvements were made to the co-op missions, a whole new prologue stage was added and, finally, the title was changed to Alien Breed: Impact.

Post-release tweaks and improvements in response to the community is a standard part of game design in 2018 but nearly a decade ago, this was a rare, risky and extremely unusual move to make, but we feel that it made the modern Alien Breed a much better game. “We were perfectly happy to make the improvements,” says Dimond. “I think the streamlined Unreal toolset made it a lot less painful than it could’ve been. It’s great to have the opportunity to go back and improve your work, add things that you didn’t have time for the first time around. It needs to be the best it can be, and if it’s even better than the original version then that’s great!”

That’s it for the pivotal year of 2009! Join us in the next chapter when in 2010 we released not one but two more Alien Breed games and took a second crack at Worms on the Wii!

Save big on Team17 games for Black Friday!
My Time At Portia – Social Life in Portia