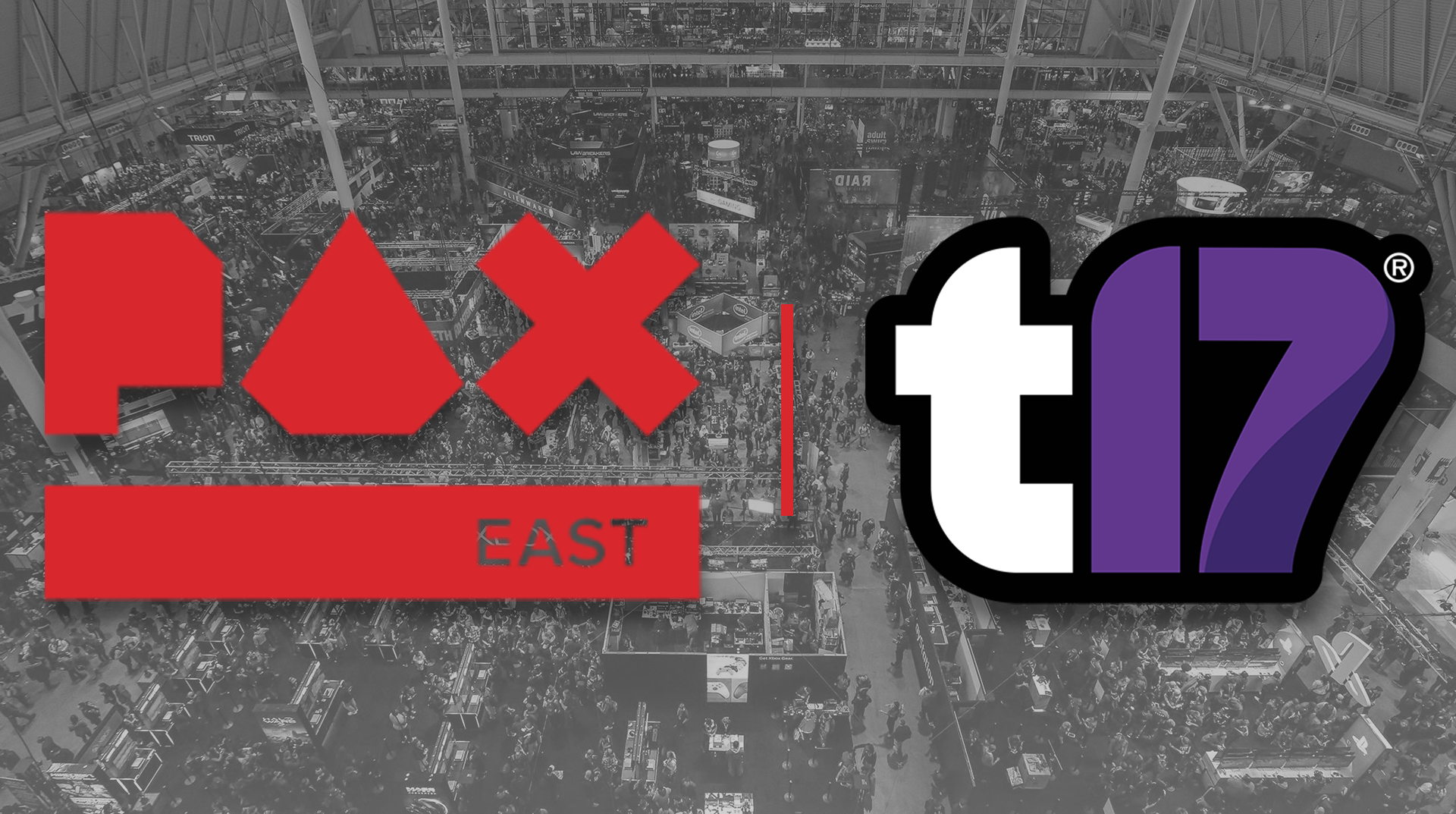 We’re super excited to announce that we’ll be heading to PAX East later this month with a great line-up of games, (including a first-look at a brand new unannounced title!)

We’ll also be celebrating 25 years of the Worms series, so the classic Worms Armageddon will be available to play at our booth!

What is PAX East?

PAX East is one of North America’s biggest gaming events on the east coast which will take place on Feb 27th – March 1st at the Boston State Convention Center! For more info and to get tickets, head to the official website!

We’ve packed our line-up with ten titles that are newly released, in early access and coming soon! Check out the terrific ten below!

Get your hands on The Survivalists for the first time ever!

Find yourself shipwrecked on an island set in the Escapists universe. In the full version you’ll explore, build, craft and even train monkeys with up to three friends in a desperate bid to survive!

Going Under
Available soon on Steam and consoles
Facebook

Going Under is an action packed rogue-lite where you crawl the dungeons of failed tech start-ups in Silicon Valley that are now full of monsters you will battle. The levels in the game combine fantasy dungeon archetypes with satirical start-up premises.

You will spend time preparing for a quest in your workplace, the bright and bubbly Fizzle headquarters, before delving into the catacombs beneath in an attempt to vanquish various monsters. The gameplay is action-oriented and chaotic, and emphasizes swapping weapons frequently, making use of junk you find in the dungeon.

Get festive for the Year of the Rat in the latest free update! Spring Festival is available now for Overcooked! 2 and will be playable at our PAX East booth.

Grab your friends and pop by our booth for some couch moving co-op of your own in Moving Out!

Rogue Heroes is a 4 player action RPG with roguelike elements, combining procedural dungeons and an expansive overworld full of secrets. Take down the various dungeons, build up your village, or just fish, farm and swim around Tasos.

Visit our booth to crawl dungeons and get sweet loot with your friends!

Neon Abyss is a a frantic, roguelike action-platformer where you run ‘n’ gun your way into the Abyss as part of the Hades formed ‘Grim Squad’. Featuring unlimited item synergies and a unique dungeon evolution system, each run diversifies the experience and every choice alters the ruleset.

We are super excited to bring a completely new, unannounced game with us too! This will be playable first at PAX East, so come down to the booth for a surprise!

We’re celebrating the 25th anniversary of Worms and as a part of the year-long celebration of the franchise we are going to have the universally loved classic Worms Armageddon on the booth for you all to play.
So come along, share your favourite memories playing Worms with us and get involved celebrating 25 great years!

This year Team17 are going to be in booth #14003 which you can find on the handy PAX East app or on a map at the venue. We hope to see you there! 🙂