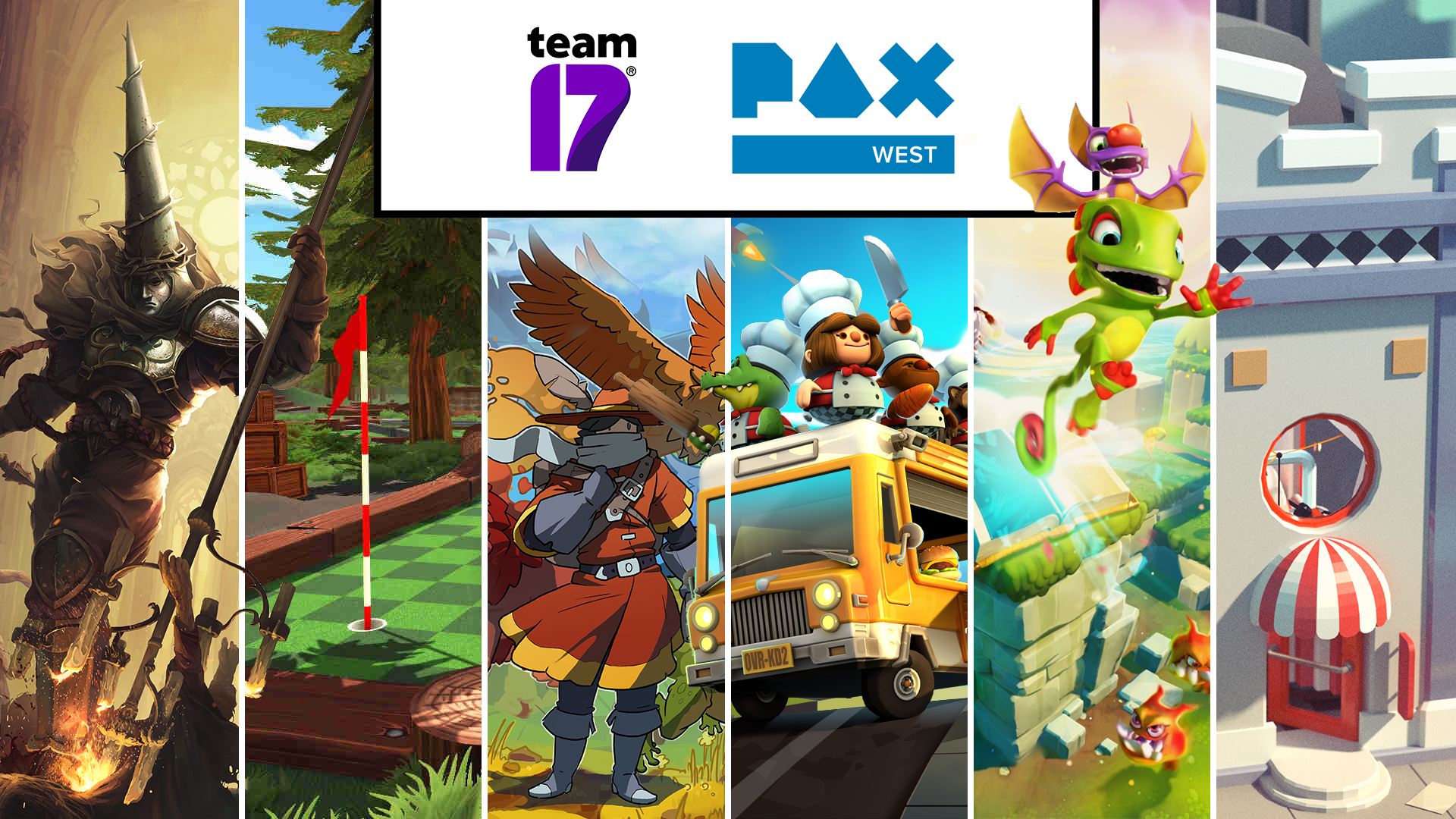 Team17 Heads To PAX West – Game Line Up And More!

Team17 is heading to PAX West 2019, taking place August 30th to September 2nd, where you’ll be able to get hands-on with some currently released games as well as upcoming titles and updates, one of which is yet to announced! We’ll also be running competitions where you’ll have the chance to win some great prizes so stay tuned to our social media channels for details.

Want to know what you can play at our booth? Check out the roster below:

Repent, sinners. Prepare for a descent into a dark and punishing Metroidvania world where fast-paced, skilled combat combines with a deep and evocative narrative core. Come by our booth and descend into the nightmarish world of Cvstodia, unlocking the hellish secrets within! Blasphemous is launching on Steam, PS4, Xbox One and Nintendo Switch later this year and is available to Wishlist on Steam

You better bee ready for Capital B’s most dastardly challenge yet! Grab hold of some mischievous platforming fun in Yooka-Laylee and the Impossible Lair at our booth, although belly slides will be optional! The game is currently available to Wishlist on Steam and will be releasing on PC, PS4, Xbox One and Nintendo Switch later this year.

We will be showing off a brand new Overcooked! 2 DLC! Stop by our booth and start cooking up a storm with new recipes, chefs and levels. Overcooked! 2 is available on Nintendo Switch, PlayStation 4, Xbox One and Steam.

If you come by our booth, you’ll also be able to take part in our Overcooked! 2 cook-off competition. Bring your fellow chefs and take on the high score leader boards for a chance to win some flaming hot prizes. Cosplay is highly encouraged!

Do you fancy yourself as the ultimate monster keeper? Come by our booth to play Moi Rai Games‘ Monster Sanctuary, which launches into Steam Early Access August 28th 2019. This epic monster collecting Metroidvania tasks you with assembling a team of creatures to clash in tactical turn-based combat. Are you up to the challenge? Come find out!

Are you a culinary master or kitchen disaster? Automachef is the resource management puzzler where you design kitchens, program machinery and serve up delicious fast food! Supervised by Robert Person, you will be driven to maximum efficiency as you make meals for the masses. Automachef is out now on  Nintendo Switch and Steam!

To ensure that you’re the first to hear about these new games, make sure that you’re following us in all the right places, such as our Steam Publisher Page, the Team17 newsletter, Facebook, Twitter, Instagram or Discord.